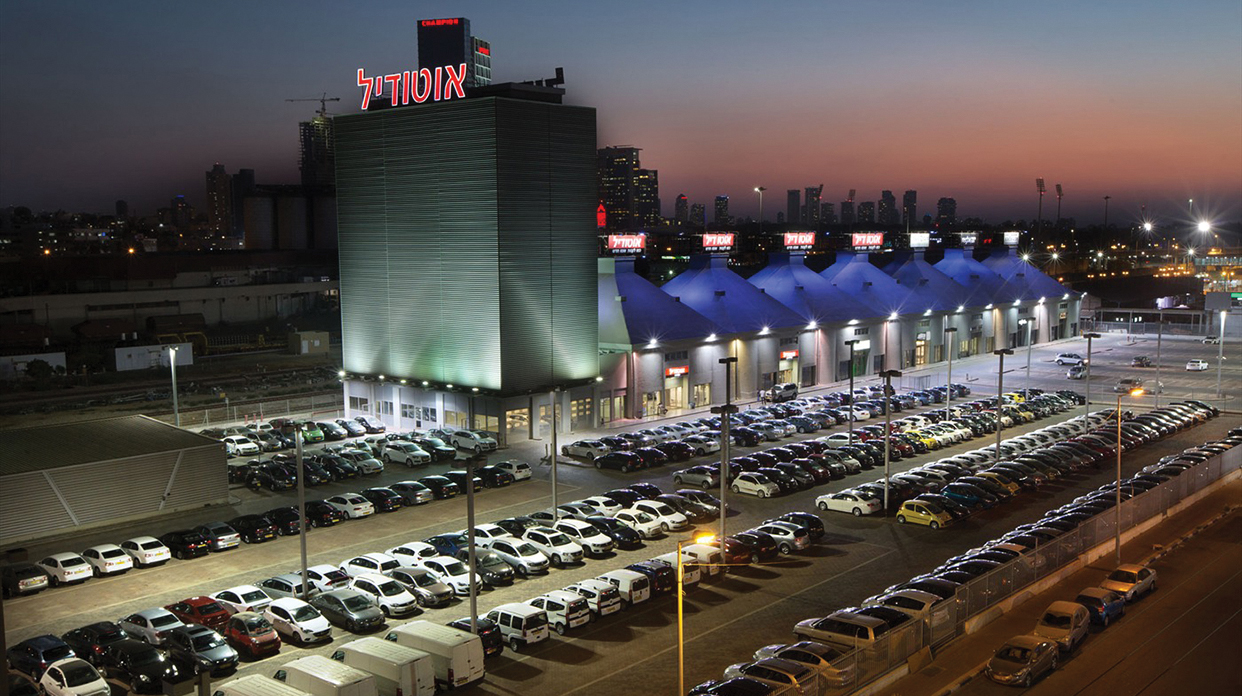 The Auto-Deal chain, the largest trade-in company in Israel for the sale of first-hand and privately owned cars, was established in 1997 and is one of the largest and most dependable previously-owned car sales companies in Israel.

The chain has the exclusive rights to perform trade-in transactions for the Champion Motors group and its brands Audi, Volkswagen, Skoda, and Seat, for the MCA Group and its brands Fiat, Alfa Romeo, Abarth, Jeep, and Chrysler. In 2014 the company obtained an exclusive franchise for trade-in deals in Israel of the super-premium British car brand Aston Martin, and in 2018 the concession was added to trade-in services for the Dodge RAM and DS brands. The Auto-Deal chain, which ended 2018 with sales of 9,500 cars, has about 80 employees work in four power centers located: Bnei Brak, Jerusalem, Haifa and in Me’uyan Sorek compound in Rishon Lezion.

The Auto-Deal chain has the largest inventory in Israel of private-owner used cars, totaling more than 1,000 cars, at any given time. Since its establishment, Auto-Deal has sold more than 100,000 cars. In 2018, the chain rolled into a turnover of close to NIS 1 billion, is an evidence to the sweeping confidence of the public in the sales and working methods of Auto-Deal.

The company management includes Joint CEO’s, Tomer Dotan and Meir Ohayon, and CFO, Dror Polus. In June 2005 the Allied Group, Champion Motors’ parent company, acquired 49% of Auto-Deal, leaving Dotan and Ohayon with 51% in the company. The company was founded by Dotan and Ohayon, who have over 25 years of experience in the auto sales field, and starting 2015 own the franchise to import the super-premium British car brand Aston Martin. Auto-Deal was initially located in Talpiot, Jerusalem, before moving to Bnei Brak. The new HQ of the company, since 2010 is the Silo Compound in Bnei Brak. which was acquired by the real estate branch of the company. Over NIS 50 m. were invested in the process of building and converting the premises into the company’s main sales center. The compound, extending over 4.5 acres, includes a showroom, sales offices, purchasing departments, a state-of-the-art delivery center, management offices and back office.

In December 2014 the company inaugurated its new sales and service center in Rishon Lezion, on a compound extending over 4.5 acres in Palmahim area, at an investment of NIS 35 million. The compound, which is considered cutting edge in its field, meets the needs of the customers in the Southern area and is characterized by the company’s CI and One Stop Shop attitude, applied in all the company’s premises.

Auto-Deal’s uniqueness lies first and foremost in the fact that it provides a single large center that answers all of the customer’s needs, reducing the time required to replace an old car with a new one. The company was the first in Israel to offer the first-hand car sales according to the American method and introducing the trade-in culture into Israel.

Like in the US, the Auto-Deal chain has a used car sales center with regular contact with the manufacturer/importer. Thus the available inventory is constantly renewed and includes an extensive range of cars from private owners.

Auto-Deal offers this wide range of cars since it is the official representative of a long list of brands. The huge range is further enhanced by the numerous private customers who make use of the company’s services, trading in their own cars which often belong to other brands.

Moreover, purchasing through Auto-Deal provides the customer with many other advantages. The chain maintains a policy of dependability and responsibility towards its customers, and accordingly, all of its cars undergo comprehensive tests at an authorized workshop, thorough servicing, cleaning and preparation, and are delivered to the customer in an excellent mechanical condition. In addition, the customer receives the Auto-Deal warranty, covering a period of up to one year from the date of purchase.

Auto-Deal provides unique solutions for financing and assistance to the private customer. The chain was the first and only company in Israel’s used-car field to works with the leading banks on a regular basis, offering its customers a variety of unique loan arrangements and prices. Auto-Deal provides its customers the possibility to purchase a car and receive up to 100% of its value in credit. Customers can avail themselves of several customized financing options, conducted by a finance company and via the largest banks in Israel, among them Bank Hapoalim, Bank Leumi, and Bank Discount. These advantages make it easy for the customer to deal with the whole process of selling his car, and allow him to purchase a car reliably and quickly, in effect simply by exchanging keys.

A Huge Range of Cars

The “Auto-Deal” chain, apart from the private car division has the largest and most varied prestige car department in Israel, super premium cars and first-class luxury and the world’s leading brands, as well as exotic and unique sports cars, executive cars, exclusive jeeps and others.
Auto-Deal has a commercial division that offers commercial vehicles, minibuses and pickups.

In the coming years, the Auto-Deal chain intends to expand its activities to other areas in Israel and open additional branches.
The company is currently building a Power Center, which will eventually replace the Haifa branch. This new branch will serve the entire northern region and will supply the company’s uniqueness, innovation, and standards to all the residents of the north.
In the future, the company plans to build an additional power center in Beer Sheva and to upgrade the existing branch in Jerusalem. The goal of the Auto-Deal chain is to provide customers with the confidence to purchase cars from regulated car centers. The chain aims to turn the market into a varied and regulated market and to change the buying habits of the Israeli consumer in all matters related to used cars. 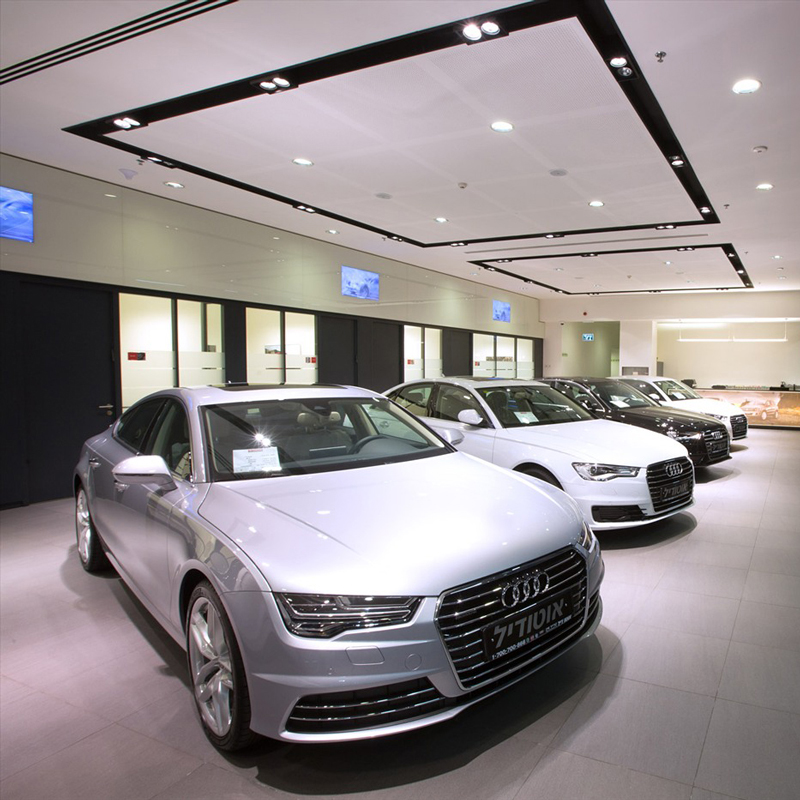 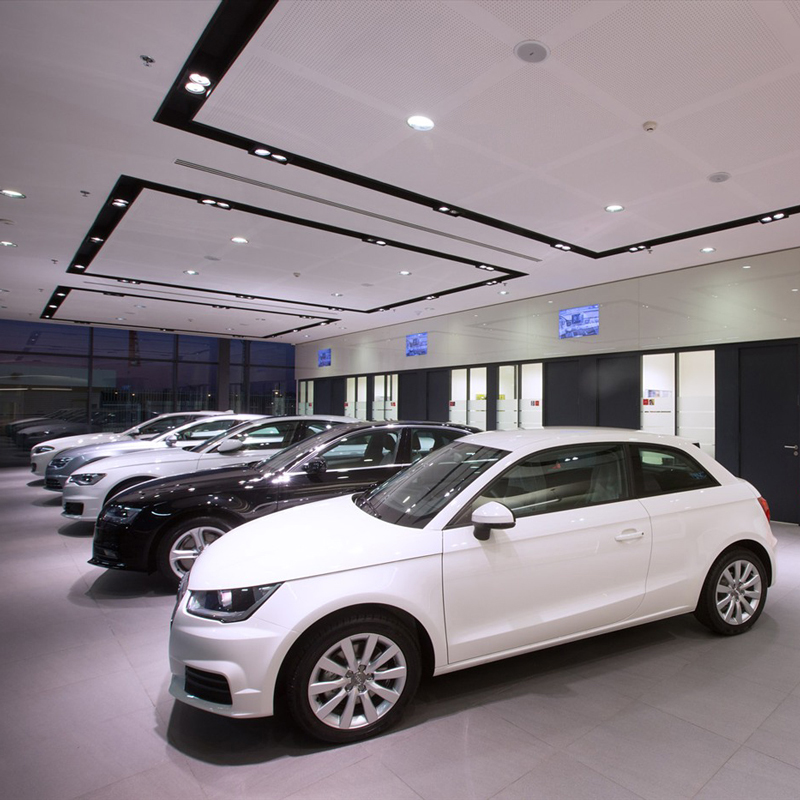 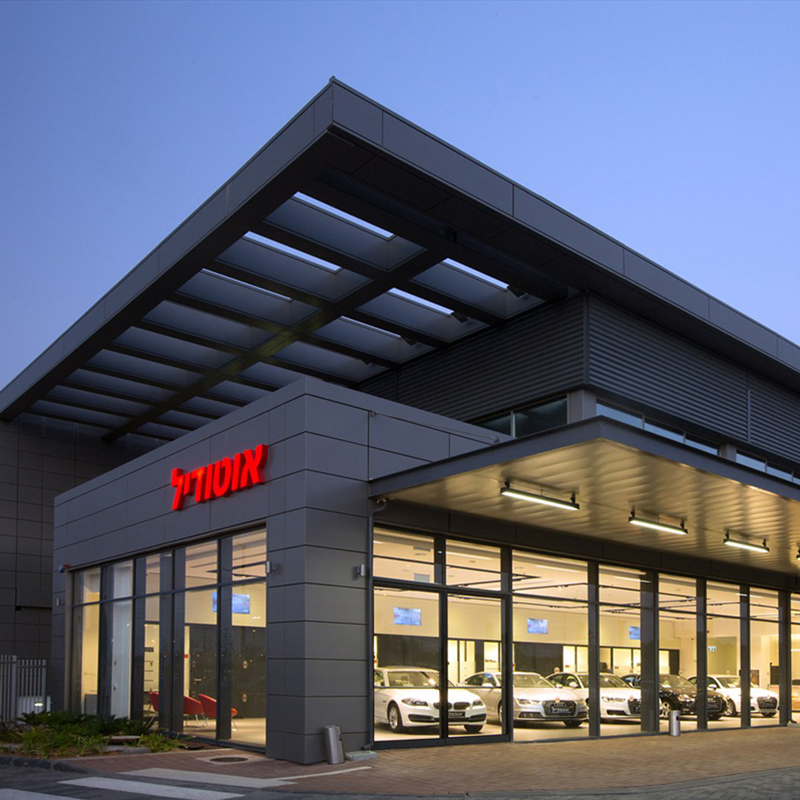 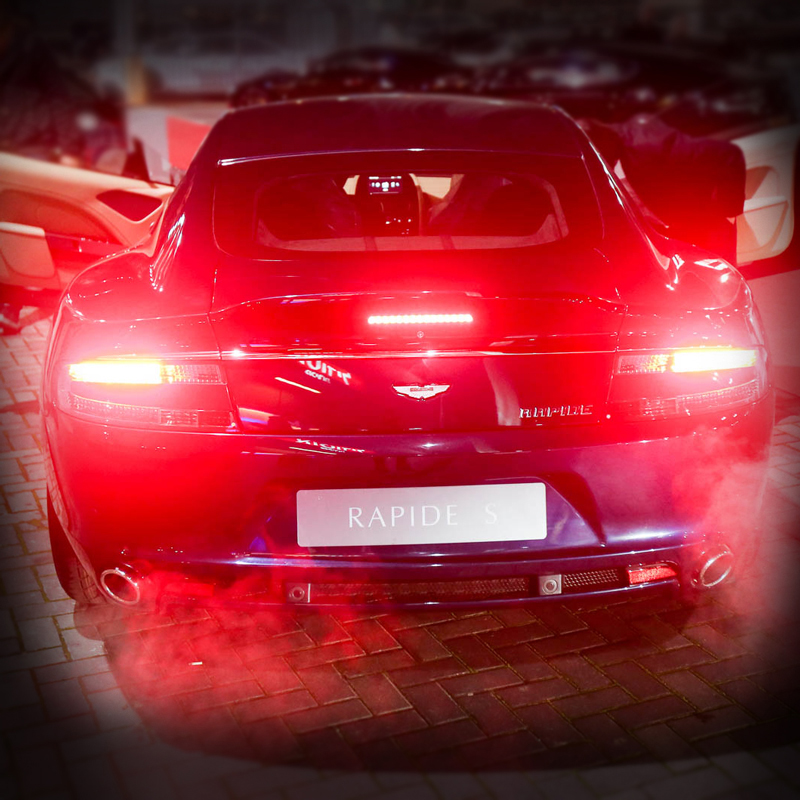 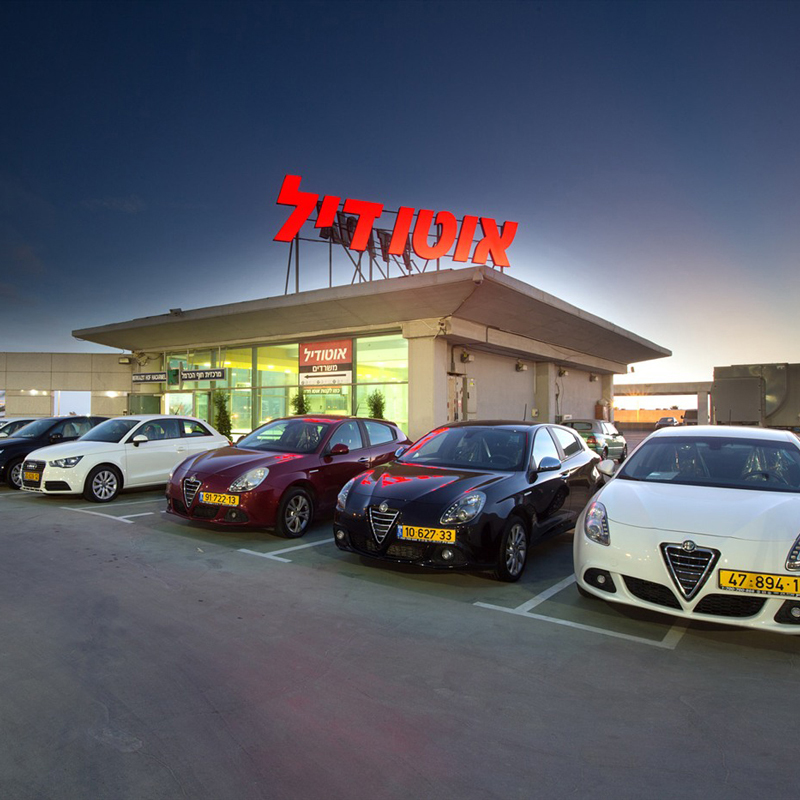 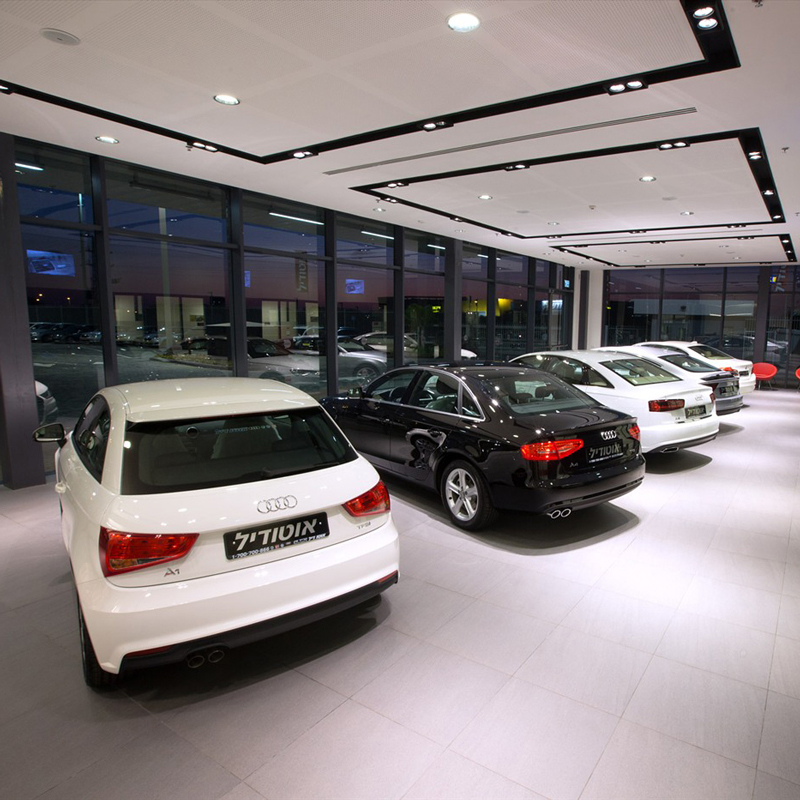