About Cohen & Straschnov Attorneys and Counselors at Law

Cohen Straschnov, Attorneys and Counselors at Law specialize in white-collar offences. The firm handles selected cases, with an emphasis on normative persons who face their first encounter with the law-enforcement authorities. The firm’s focus is the provision of personal, professional and uncompromising service.

The firm has a particular expertise in negligent manslaughter offences. In the international law field, the firm represents suspects in judicial inquiry procedures, and has in-depth knowledge and experience in extradition laws.

The combination of in-depth knowledge of criminal, economic and business law, provides the firm with a special advantage in the management of white-collar cases.

The accumulated extensive knowledge, experience and reputation, provide the firm with a very high professional acumen. Therefore, the firm’s significant advantage stems from the diverse background and rich experience of the two partners in their previous positions – whether if many years as a defense attorney (Adv. Eyal Cohen) or in the Prosecution (Adv. Ofir Straschnov) – which enables them to provide their clients with a professional and comprehensive response throughout all of the criminal proceeding’s stages, from counsel prior to the investigation of the enforcement authorities, through support in the interrogation, the arrest hearings, hearing before the submission of a indictment, and up to management of the criminal trial itself.

Adv. Eyal Cohen, Founding Partner - Member of the Israeli Bar since 1991. Adv. Cohen has extensive experience in all of the criminal law aspects, and participated in the representation of clients who were accused of bribery, fraud and breach of trust offences, forgery and deceit, stock market manipulations, antitrust, tax offences, environmental offences, cybercrime, manslaughter offences, sex offences, planning and building offences and more.

In addition, Adv. Cohen was part of the Israeli Prime Minister’s Mr. Benjamin Netanyahu defense team during his interrogation in the 4000 file, and he was also part of the defense team of Dr. Avichai Mandelblit during his interrogation in the Harpaz affair, being the secretary of government. Adv. Cohen serves as a reserves officer (Major) in the IDF’s Legal Defense unit. Adv. Cohen lectures in the Ono Academic College and has been delivering, in the past 25 years and to thousands of students, the unique and practical workshop “cross-examination of a witness in the court”.

Adv. Ofir Straschnov, Partner - Holds an LL.B. from Tel Aviv University; member of the Israeli Bar since 2000, married + 4. Served as a company commander in an elite unit, and serves in the IDF reserves (at the rank of Major). Between 2000-2005, he was Deputy Attorney of the Central District, and since 2005 he is a criminal defense attorney and represents businessmen, public officials, lawyers, doctors, accountants, military men and others, in criminal, disciplinary and ethical procedures, as well as various interrogations. Between 2012-2017, in addition to his work as a defense attorney, he served as an external prosecutor on behalf of the real-estate law enforcement department of The State Attorney, in the planning and building laws field, and served as a legal counsel for the national building supervision department (central district) of the Ministry of Interior. In addition, he has a very high security clearance, which enables him to represent defendants in highly classified cases. He serves as a judge in the national disciplinary court of the Israeli Bar. Furthermore, he lectures in the Ono Academic College on criminal law and evidence procedures.

Dr. Rivi Cohen, Adv. - Dr. Rivi Cohen was certified to the Israeli Bar in 1996, and holds an LL.D. since 2000 from Bar-Ilan University. She is an expert in insurance law, contract law and civil procedures. Dr. Cohen also serves as Vice President of Ono Academic College and as a director at the Phoenix Insurance Company Ltd.

The firm’s partners frequently publish articles, among others, Adv. Ofir Straschnov published articles on matters relating to managerial responsibility in financial offenses, extradition proceedings under Israeli law, a decision to prosecute and causes for closing cases, and defense from justice. Adv. Ofir Straschnov (together with Adv. Dov Cohen) published an article on “Disqualification of Director of Public Company following Conviction” in the “Corporations” journal.

Judge Straschnov has published two books “Justice under Fire” and “Children and Youth in the Mirror of Law”, as well as many of legal articles.

Dr. Cohen has academic publications in the field of insurance, including the guidebook in the field and numerous articles. 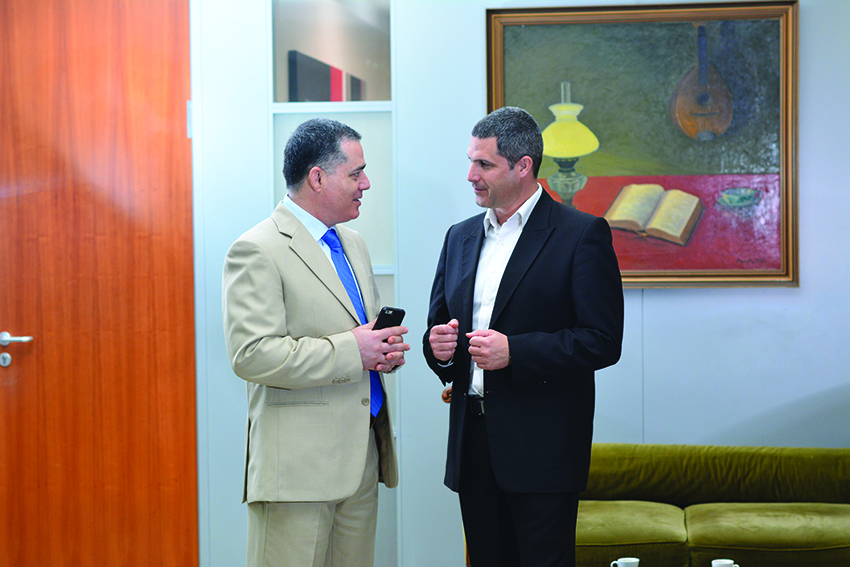