David Azoulay Group is a leading real estate development and execution company, which was founded in 2005 and is considered to be one of the major urban renewal groups. The group operates nationwide with most of its investments in the cities of Netanya and Holon where it developed and built numerous and diverse projects. The group, which has built to date hundreds of apartments both as a private developer and as an executing company, greatly emphasizes the projects’ quality and innovation and exemplifies construction of the highest level in Israel.

The group’s management team includes about 15 members, headed by its founder and CEO, Adv. David Azoulay, and its Chairperson, Dr. Ra’anan Cohen. David Azoulay has vast real estate experience, transaction analysis skills, professionalism, rationality and a strategy which integrates skill and knowledge, which has been leading the group to numerous achievements over the years. Dr. Ra’anan Cohen, The group’s Chairperson, has doznes of years of managerial experience. He formerly served as a Knesset Member, the Minister of Labor and Welfare and Chairperson of the Development and Industry Bank. Nowadays he also serves as an executive member of Migdal Ltd., board member of Neto Melinda and Zerah Oil Explorations and Chairperson of Mivtah Simon, Israel’s largest pension insurance company. The executive team in general and David Azoulay in Particular have vast experience in management and execution.

The group operates as both the developer and the constructor, and this provides it with a great advantage in the construction industry. It supervises and verifies that construction in its projects is performed at the highest standards and thus provides its buyers with assurance and peace of mind. Upon the completion of the construction, the group delivers the keys to the buyers and also accompanies them devotedly and responsibly for years after the delivery. The group’s integrated capabilities provide it with vast planning flexibility and the ability to customize the apartments to the particular needs and requirements of each buyer.

As a strategic decision that led the group to its breakthrough, the group decided early on to focus on the cities of Netanya and Holon, where it is considered to be a leader and prominent, and invest in them. The vast knowledge that the group accumulated over the years concerning the planning criteria and bureaucratic proceedings of these cities enables and helps to group to quickly build large-scale projects in them, in a wide variety including residential, commerce and services.

The group remains abreast of modern developments in construction, and adjusts to the latest market trends. For example, the group has proven capabilities in the construction of the current trend of “mixed-use” which combines residential construction with commerce and residents’’ services under one roof.

The company specializes in developing and building residential units, industrial structures and commercial centers, with its flagship projects being:

“Beresheet”, Netanya: A luxury residences project a few minutes away from Kikar Ha’Atzmaut and the beach, very close to all of this beach city’s entertainment and leisure centers. The project includes two upscale towers with 97 apartments, including upscale penthouses, with an upscale commerce venue at the ground floor on an area of about 3,000 sq.m., and a unique garden that would offer buyers green and well-cultivated spaces near their homes. The apartments were marketed and sold before their delivery.

“Beresheet Family”, Kiryat HaSharon, Netanya: A Luxury residences and commerce project in cooperation with the Netanya Municipality. The project is now entering the construction stage and would include an upscale tower with 62 apartments including upscale penthouses and an upscale 1,000-sq.m. commerce venue.

Beresheet Agamim Central, Netanya: A yielding property project where the company would build a 25,000 sq.m. commercial center with 8 floors, 2 commerce floors 6 office floors and a large parking. In Planning. 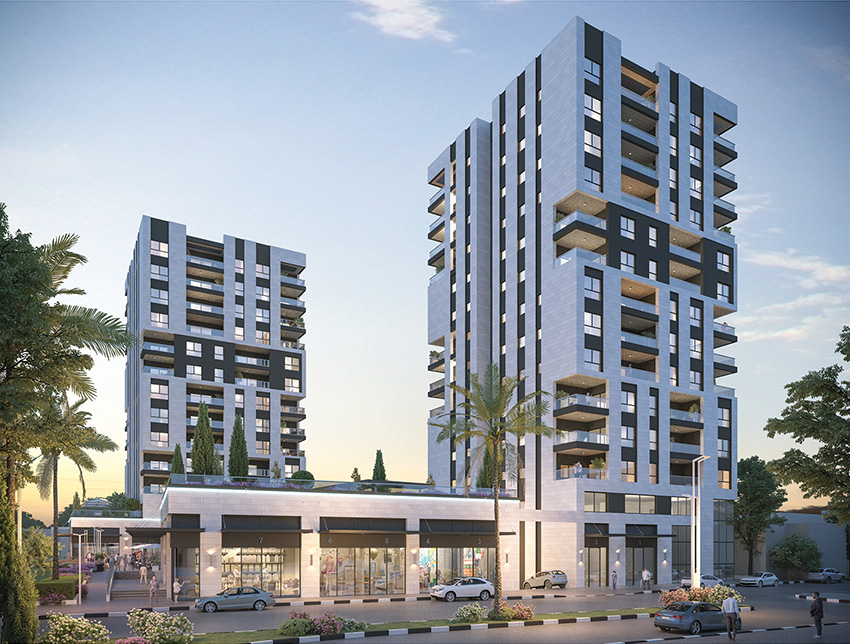 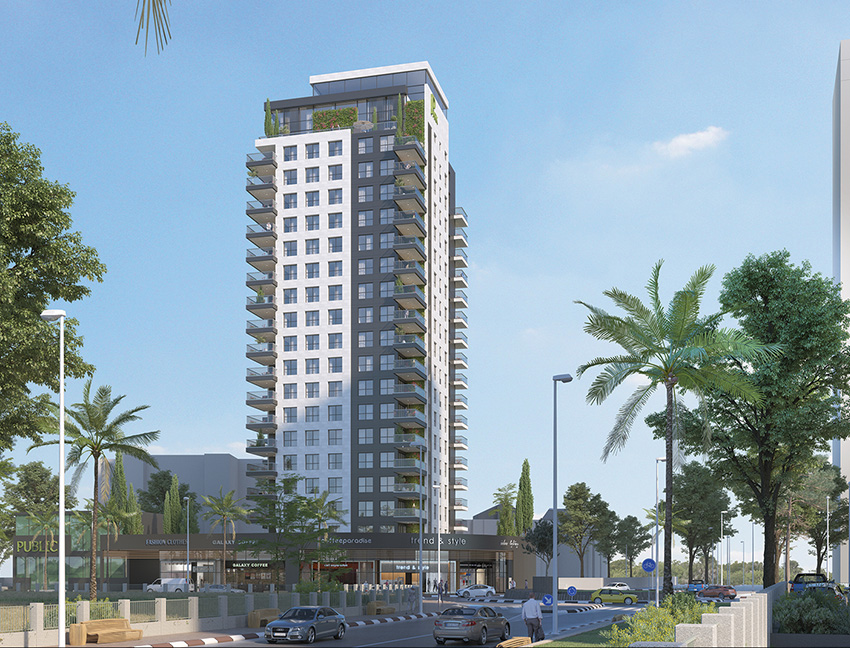 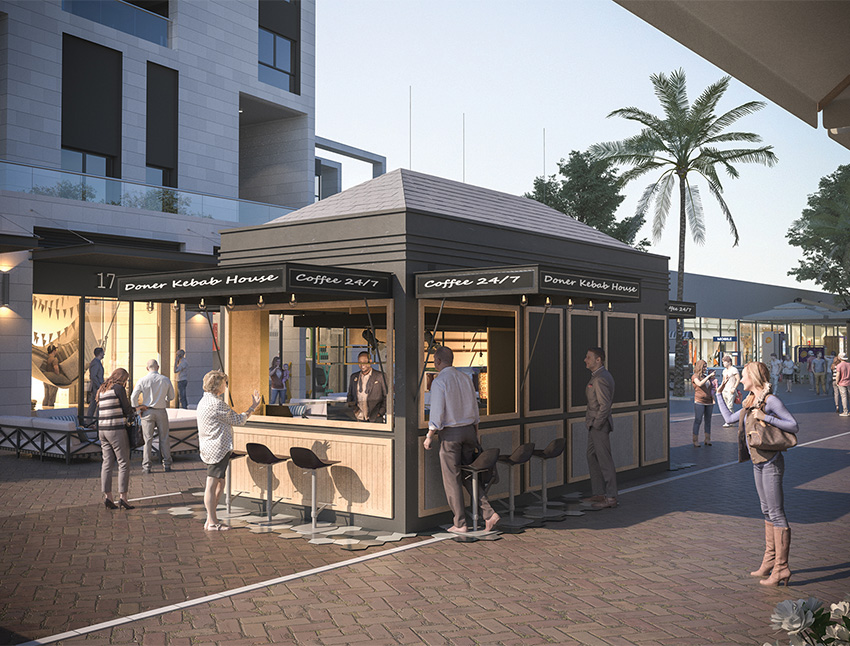 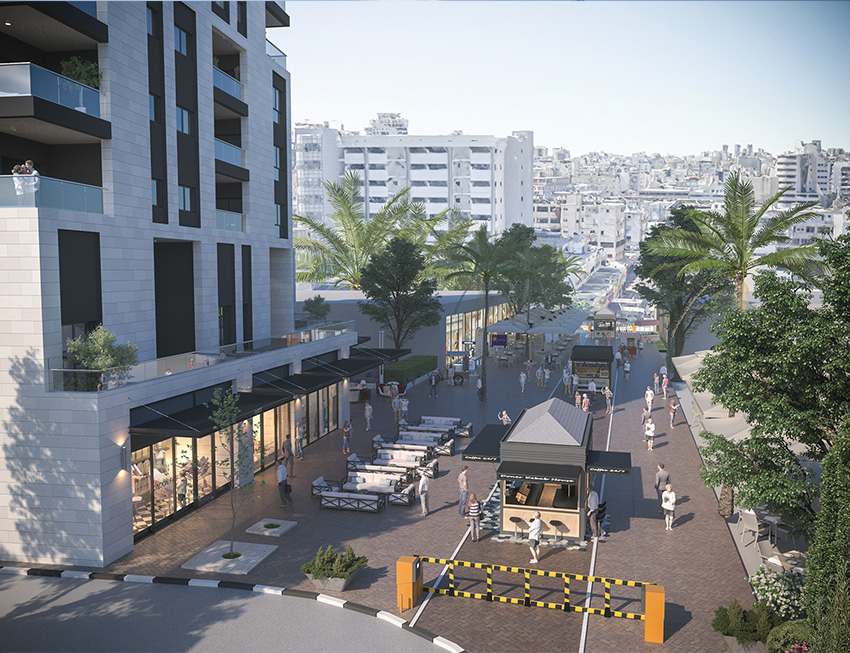 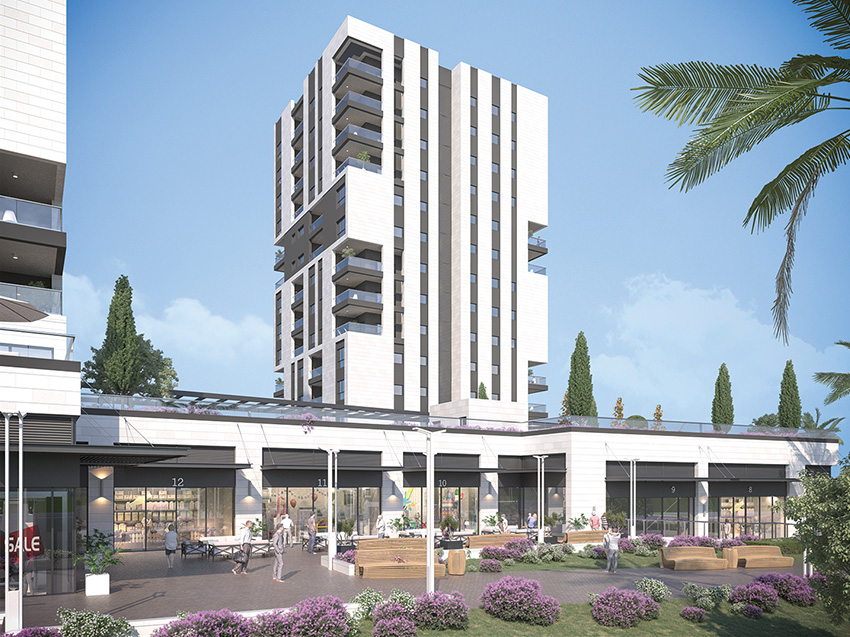