Ranking within Writ of Execution 2021 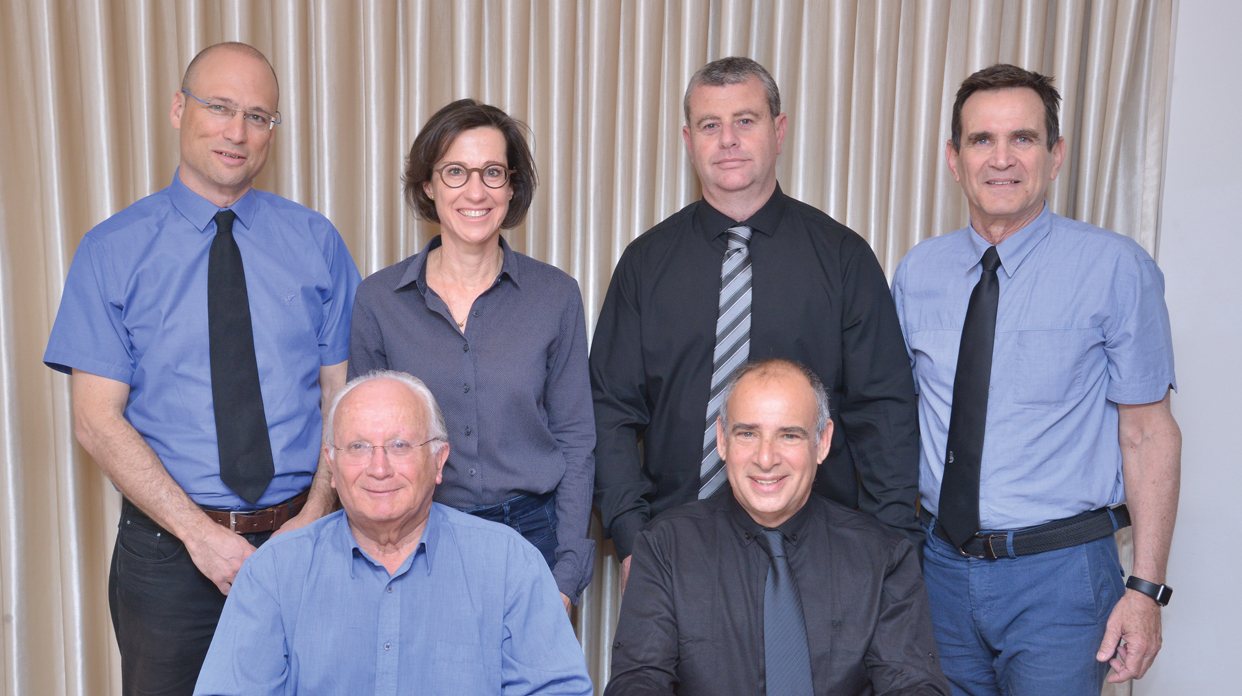 Geller, Hahn-Markowitz, Prag, Schwab, Ziv, Danan & Co. Law Offices has been one of Israel’s prominent law firms, specializing in debt collection and insolvency, for the past three decades. The firm, which was established in 1990 by Advocates Moshe Geller and Mordecai Hahn-Markowitz, specializes in creditor-only representation in debt collection proceedings including bankruptcies, company liquidations, and receiverships. The firm has its main branch in Kfar-Saba and additional branches in Ashdod and Jerusalem. The firm has grown significantly over the past few years and it currently employs more than 70 administrative employees and 17 lawyers. The firm represents some of Israel’s largest organizations, both public and private, including commercial banks, mortgage banks, insurance companies, local authorities, hospitals, communications companies, utilities, government agencies and more. The firm believes in community service and each partner provides pro bono services for those in need. Each of the firm’s clients has a dedicated administrative and legal team whose size is tailored to the client’s needs. The firm has a debt collection call center which closely supports the collection of debts due to its clients. The firm prioritizes the welfare of its employees and as a result enjoys a stable and content workforce. In addition to its human capital investments, the firms invests heavily in IT systems needed to insure that clients’ receive the best possible service and results.

Adv. Moshe Geller (Gal-Or), Founding Partner - Before becoming an attorney in 1987, Adv. Geller served for 16 years in senior economics and finance positions in a major Israeli corporation. He graduated from Tel Aviv University, with a B.A. in Economics, an LL.B., and also completed his M.A., Economics studies. Adv. Geller has longstanding legal and financial experience in corporate law, receiverships, liquidations, and bankruptcies. In his military service during the Six Day War, he received the Medal of Distinguished Service, and he still volunteers for reserves duty as a Military Judge.

Adv. Mordecai Hahn-Markowitz, Founding and Managing Partner - Adv. Hahn-Markowitz has served as Managing Partner of the firm since its founding. Before becoming an attorney in 1988, he was a financial analyst and held positions in several financial institutions in Israel. Adv. Hahn-Markowitz was born in the U.S.A. and made Aliyah in 1976. He has a B.A. in Economics (1976) from the University of Pennsylvania (cum laude) and an LL.B from Tel Aviv University (1987). In his years as head of the firm, Adv. Hahn-Markowitz has acquired extensive experience in banking law, receiverships, liquidations, and bankruptcies. In addition, he has served in various public and community service positions in Israel.

Adv. Adi Prag , Partner - Adv. Prag has worked for the firm since 1992 and became a partner in 1995. He has an LL.B. from Tel Aviv University (1990) as well as a B.A. from Pasadena City College. Adv. Prag has longstanding experience in banking and commercial law, receiverships, liquidations, and bankruptcies. He served as a pilot in the IDF and continues to serve in the Air Force as a reserves officer.

Adv. Yaron Schwab, Partner - Adv. Schwab started working in the firm in 1997 and became a partner in 2003. He specializes in collection and litigation on behalf of banks and is responsible for serving several of the firm’s banking clients. Adv. Schwab has an LL.B. from Bar-Ilan University.

Adv. Sharon Ziv, Partner and Deputy Managing Partner - Adv. Ziv started working in the firm in 1999, and became a partner in 2003. In 2018 he was appointed as Deputy Managing Partner. He is in charge of the department in the firm which serves non-banking clients. Before becoming an attorney, Adv. Ziv served in executive roles in several commercial companies in Israel. Adv. Ziv has an LL.B. from the College of Management, a B.A. in Management and Sociology from the Open University and an LL.M. from Bar Ilan University. In addition he is a certified Mediator. He served as an officer in the IDF’s Human Resources Center and currently serves there in the reserves.

Adv. Gilat Danan, Partner - Adv. Danan started working in the firm in 1996 and has managed the firm’s Ashdod office since 2004. She has an LL.B. from Tel Aviv University (1994) and an M.B.A. (with distinction) from Ben Gurion University (1998). Adv. Danan has longstanding experience in debt collection, civil and commercial litigation, banking, receiverships, real estate law and litigation.