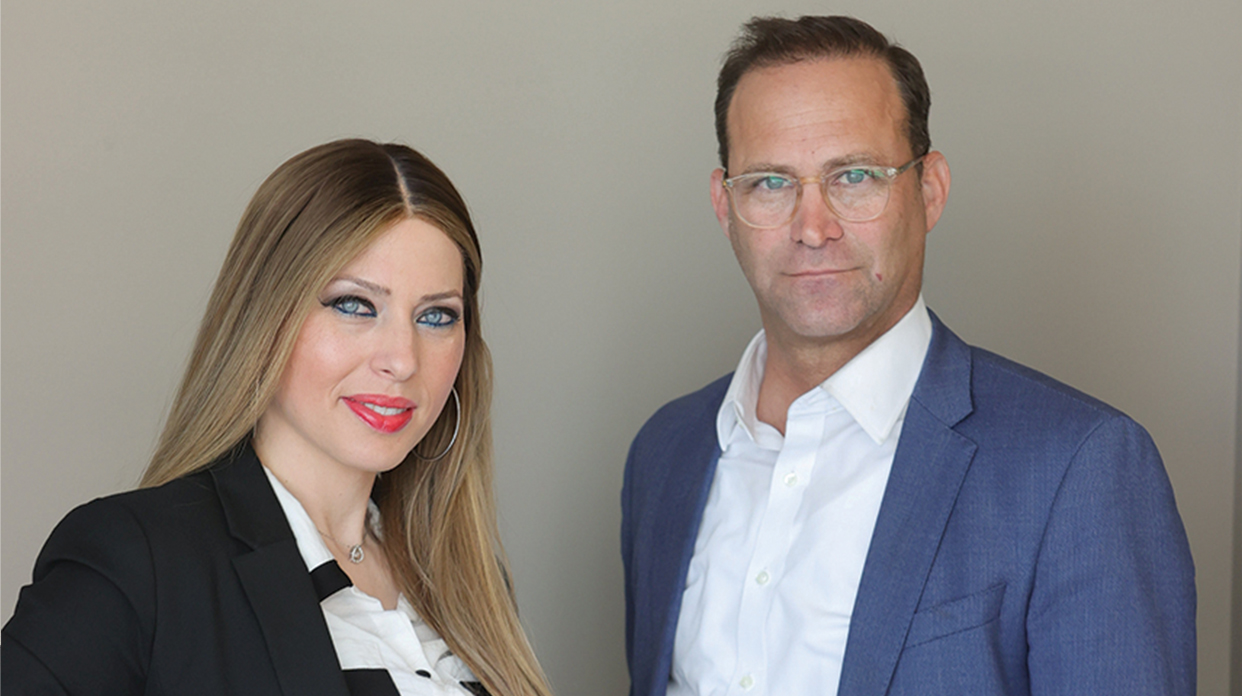 Gil Friedman, Law Firm is one of Israel’s leading criminal law firms, particularly in the fields of extradition, white-collar and serious crimes . The firm specializes in all aspects of the criminal process from the initial investigation stage, through representation in the arrest proceedings and the rest of the stages of the legal proceeding up to its conclusion. The firm was founded in 2007 by Adv. Gil Friedman, a seasoned and experienced lawyer who recorded unprecedented successes and achievements during his years of work, owing to his accumulated experience from more than 25 years both as a police investigator and as a lawyer, his out-of-the-box thinking capabilities, his determination and striving for victory and his proficiency of the ins-and-outs of the laws and regulations.

The firm accompanies clients with a wide range of criminal offence charges including white-collar, violence, murder, sexual offences, drugs and negligent homicide (mainly in the construction offences area). In addition, the firm has particular expertise in extradition cases, mainly vis-à-vis the U.S., and in this framework it cooperates with the FBI, the FDA and other enforcement and regulatory authorities. Over the years, Adv. Friedman represented clients before courts of every level, including the Supreme Court, in highly-publicized cases such as the Roni Ron case, The Herzliya Rape case, the El Al case and more. Furthermore, in his role as a police investigator, Friedman managed complex and intricate investigations, including the investigation of Gregory Lerner, who was suspected of bribery, the investigation of the Foreign Minister at the time, Ariel Sharon, investigations of the Gesher Aliya NGO, which was managed by the CEO of the Prime Minister’s Office at the time, Avigdor Liberman, and more. The firm provides excellent service and personal attention, a holistic treatment with professionalism and thoroughness and over the past few years it has been focusing on managing particularly complex and large evidence cases.

One of the firm’s advantages stems from Adv. Friedman ability to cover tremendous volumes of legal materials and reach the right decisions in such cases, in the question whether to agree to t a plea bargain or to continue the fight in the courts. In many cases, this capability made the sharp difference between losing and winning the case.

Before establishing his private firm, Adv. Friedman served for 13 years as the head of the Investigations Office in three police stations in the Sharon Region (Petach Tikva, Kfar Saba and Rosh HaAyin). During his years as an investigator, he handled thousands of complex investigation cases in the full spectrum of criminal offences (many of them in the white-collar area) and even serves as a commander in the Investigations Officer Training Course. His vast experience as an investigator provides Adv. Friedman, in his work as a private defense attorney, with the ability to handle large-scale investigation cases and practical insights into the way police investigations are managed and the reasons for opening them. These numerous roles and training provide Adv. Friedman also vast experience concerning the considerations of the police when closing cases and expunging criminal records. After his retirement from the police, Adv. Friedman represented mainly persons who encountered the enforcement system for the first time in their lives, while as mentioned above, in recent years the firm has been focusing on managing evidence in large and complex cases. By education, Adv. Friedman has an LL.B. from Bar Ilan University, and an LL.M., Commercial Law, from Bar Ilan University.

Adv. Malki Blitental graduated with an LL.B. with distinction.

After graduating, Adv. Malki Blitental interned in the District Attorney Office of the Central District and nowadays she is a defense attorney in the criminal realm, with all of its aspects. She specializes, inter alia, in arrests, appeals, judicial reviews, changing case closure reasons, criminal record expungement, hearings before indictments and traffic law.

Her internship in the District Attorney Office enables her to understand and analyze the attorney’s perspective and serves as an additional advantage in the representation of clients.

The “Holyland” Affair: Representing Eliyahu Hasson, the comptroller of the company which built the project, in the corruption affair which revolved around the construction of the Holyland Complex in South Jerusalem.

A Plea Bargain in the Guy Monsengo Real Estate Scam Affair: Adv. Friedman represented Monsengo and managed to achieve a lenient plea bargain for him. In the framework of bargain, Guy admitted and was convicted for committing fraud of real estate investors in a sum of about NIS 16 million and in the felonies of serious fraudulent obtaining, defrauding creditors, falsifying business records and other offences.

A Plea Bargain in the Extortion in the “BeHadrei Haredim” Website Affair: Representing the former CEO of the website, Guy Cohen, who was convicted of managing the website while extorting money from clients for removing defaming publications on them in the website. In the framework of the plea bargain, many of the offences were reduced and the CEO was sentenced to a few months in prison.

The Murder of Hili Sobol Affair: Adv. Friedman represented Shiri Sobol, who was indicted with inciting for murdering her twin sister Hili Sobol. Sobol’s sentence was recently shortened and she was released after only 4 years in prison.

The Marie Pizem Affair: representing Roni Ron, who was suspected of murdering his granddaughter Roze Pizem in the affair that shocked the country.

The Rafi Refaeli Case: Representing Rafi Refaeli, the father of the model Bar Refaeli, in a case where he was suspected of assaulting police officers who came to investigate a complaint of noise from the family house in Hod HaSharon.

The Rape in the Sharon Region Affair: Adv. Friedman represented the three teenagers who were accused of raping and sodomizing a girl in a public garden in Herzliya.