The Haifa Economic Corporation constitutes the main growth engine of the city. Since its inception in 1972 as a municipal corporation, fully owned by the city of Haifa, it has introduced wide-scale projects and initiatives in the fields of real estate, commerce, industry, tourism, and sport. The corporation is in charge of hundreds of thousands of meters in MATAM Park, Life Sciences Park, the Sports Campus, and the Congress Center, and is responsible for the development and creation of economic growth engines starting from the initiative, through the construction and supervision, up to the occupancy and ongoing management. The company is responsible for creating economic, business and commercial anchors that serve as a platform for creating jobs, commerce, culture and leisure in the city of Haifa. The company is currently working energetically to create the conditions for turning Haifa into a global knowledge center in the field of life sciences. The company is building the “Haifa Science and High-Tech Park” which is being populated by leading companies in the field, with GE’s ultrasound division and Swiss pharmaceutical company LONZA already moving to the first building, along with other companies such as SONOVA and MindUP, Haifa’s Digital Health Incubator.

The HEC enjoys considerable economic fortitude and financial stability. The corporation, led by CEO Or Shahaf, manages a portfolio of income-generating assets valued at NIS 1.5 b under management, with investments of hundreds of millions of shekels. These figures allow the company to initiate and expand activities in various fields including the development of municipal areas, development of economic and commercial anchors, and the creation of jobs while bettering the assets and successfully undertaking complex and expansive projects. The corporation’s financial robustness permits the implementation of a strategy of long-term activity coupled with investment in projects that demand stability and skill.

MATAM Hi-tech Park - The hi-tech business park campus, which stands on 220 dunams, is the largest and most successful of its kind in Israel. Located along the coast, the park boasts 300,000 sq. m of built-up area incorporating the most advanced and highest standards. The park is home to more than 50 leading international hi-tech companies, among them Apple, Intel, Google, Microsoft, and IBM. About 10,000 employees in the fields of R&D arrive at the park every day. The facility offers security and maintenance services, an energy center, day-care centers, restaurants and cafes, banks, post office and health clinic, parking lots, gas station and more. The park is easily accessible to the center and north of the country, via the coastal highway and the Camel Tunnels adjacent to train and bus stations, with high-frequency access to the research and academic institutions.

Haifa Science and High-Tech Park (Hiafa Life Science Park) - The park is currently under construction in the city’s southern entrance, and is co-owned by HEC and “Mivne”. The park was designed to establish an industrial area for pharmaceutical companies that will establish their R&D centers in Haifa. The park is designated to include 5 buildings with high finishing levels, and cover an overall area of 85,000 sq.m. The first building is fully occupied and the construction of two additional buildings in now underway.

Sami Ofer Stadium - During 2014 the HEC completed the construction of a new sports campus at the southern entrance to the city. The focal point of the campus is the state-of-the-art Sami Ofer Stadium, built according to the international standards of UEFA and equipped to host sports events, mass entertainment performances, and family recreation activities. The Sami Ofer Stadium is ranked among the leading and most advanced stadiums in Europe today. The project includes covered seating for 30 thousand spectators, fan clubs, VIP viewing booths and auditoriums, space dedicated for the football museum and exhibition halls. The Haifa Economic Corporation is initiating the construction of a cinema complex and commercial space covering some 20,000 sq.m. in the Sports Campus and adjacent to the Sami Ofer Stadium, to turn the whole complex into a leading, year-round entertainment and recreation center in the north of the country.

Solar installations on public buildings - As part of the company’s preparation and community responsibility to institute “green” projects, the HEC has initiated the establishment of photovoltaic (solar) installations on the roofs of public and education building throughout the city. The project generates about 1 kW of electricity and other sources of income such as income-generating assets to continue financing the company’s activity.

Kiryat Haim Sports Park - The HEC is currently developing a modern Sporting Park in Kiryat Haim. The Park focuses on sporting activities through versatile and contemporary areas, which are intended for all age groups and includes a variety of sporting activities, such as synthetic mini-pitches and a recently completed fitness complex, as well as two standard soccer fields, currently under construction. Furthermore, sporting equipment and various extreme sporting activities are also being examined, with emphasis on landscaping that includes lush greenery and vegetation, in line with Haifa’s green environmental outlook.

Tourism projects - Haifa is home to international tourist centers and heritage sites which attract both domestic and incoming tourism. Over many years the company has initiated and developed a tourism infrastructure which facilitated the construction of hotels and recreational sites throughout the city. The 1,500 m southern coastal beaches – boast a promenade, cafes, recreational and sports facilities. Another focal tourism project is the restoration and preservation of the German Colony in Haifa which has become a unique and attractive tourism and entertainment center, one of its kind in Israel. In the framework of this project, the company formed a continuous link from the Louis Promenade in the center of the Carmel, via the Bahai Gardens, up to the Haifa port. 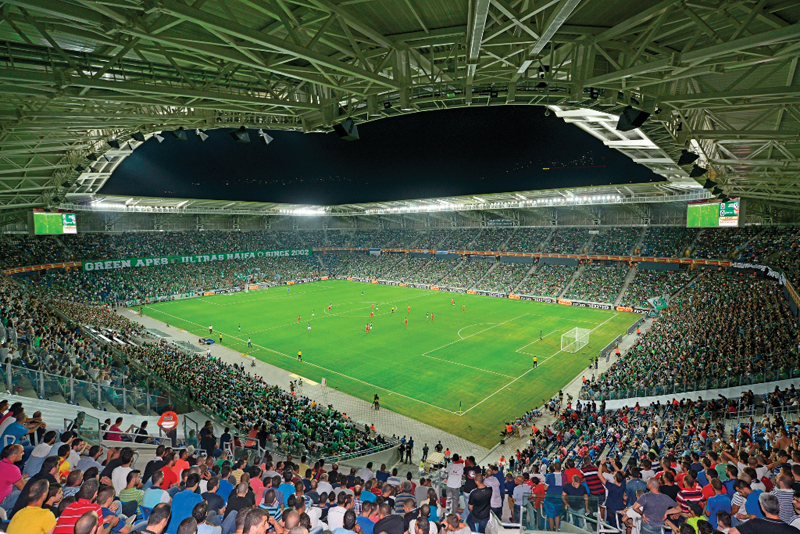 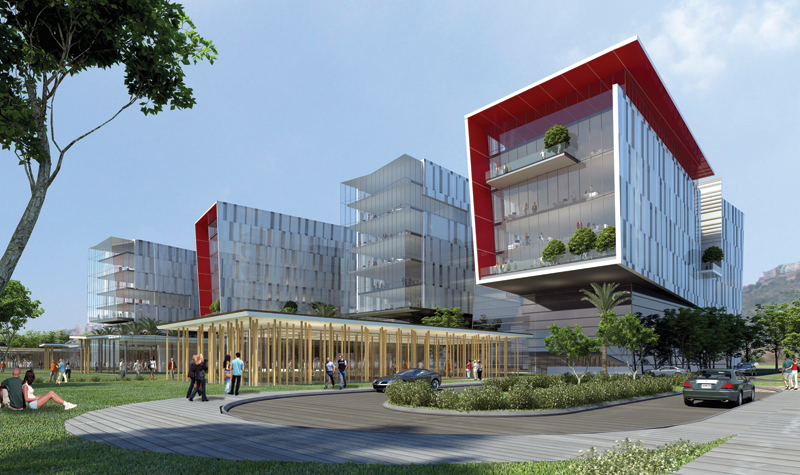 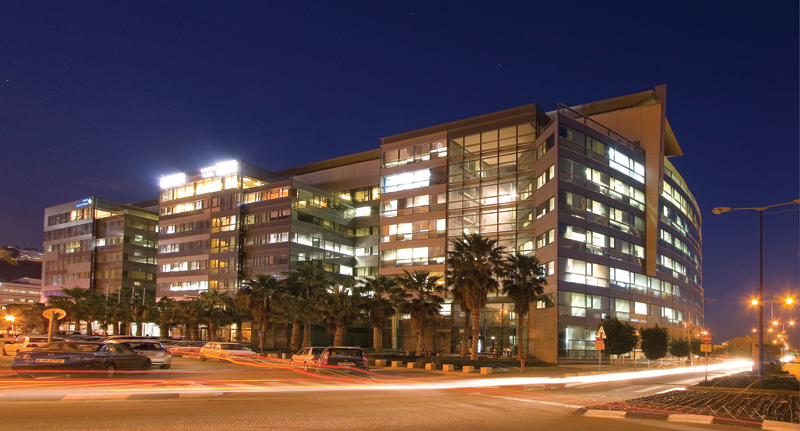 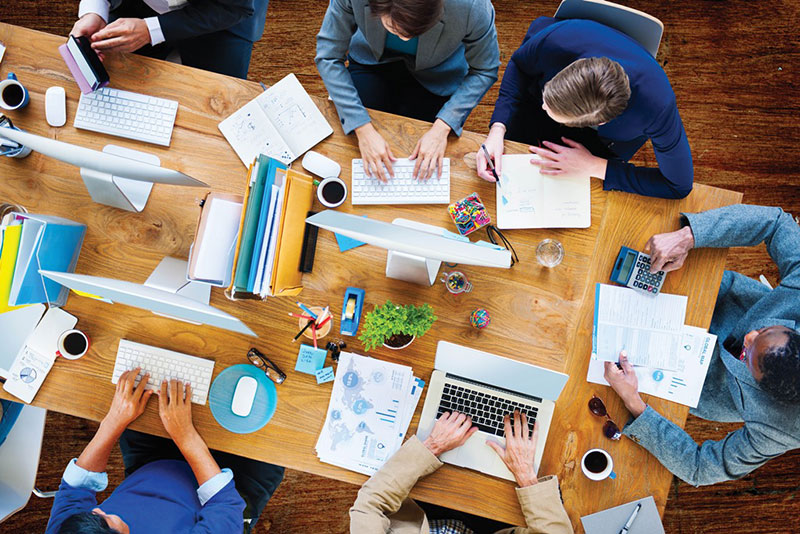 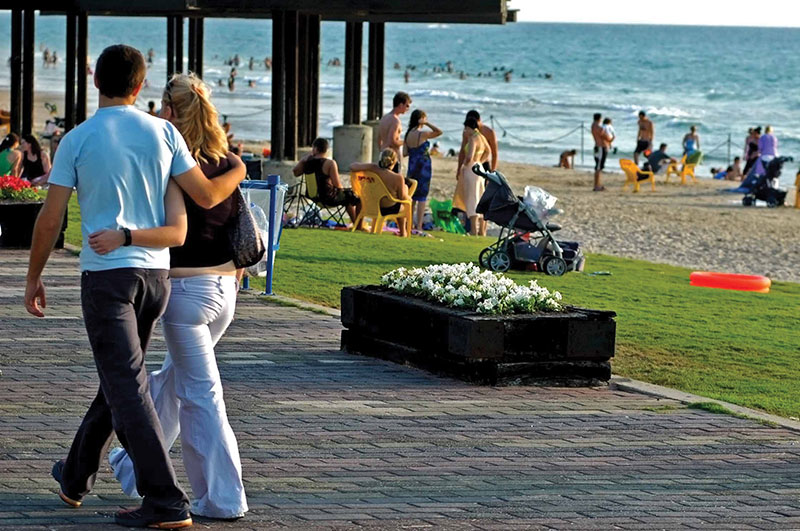 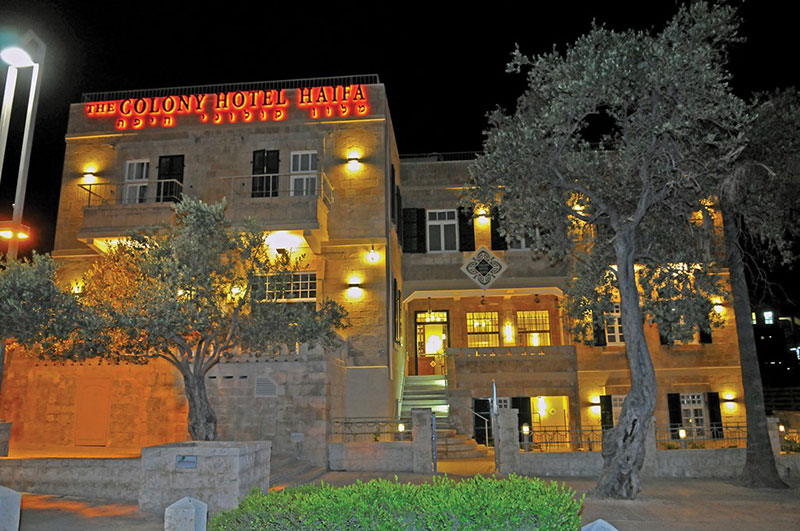 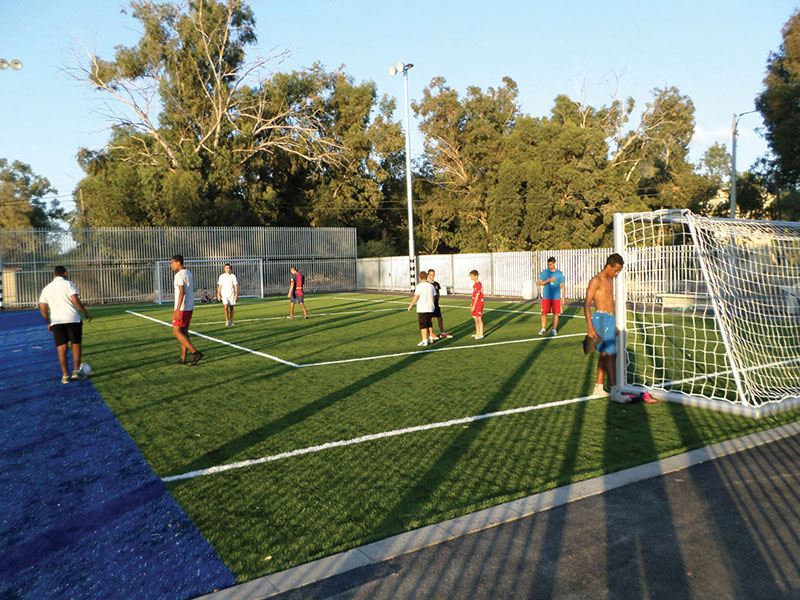