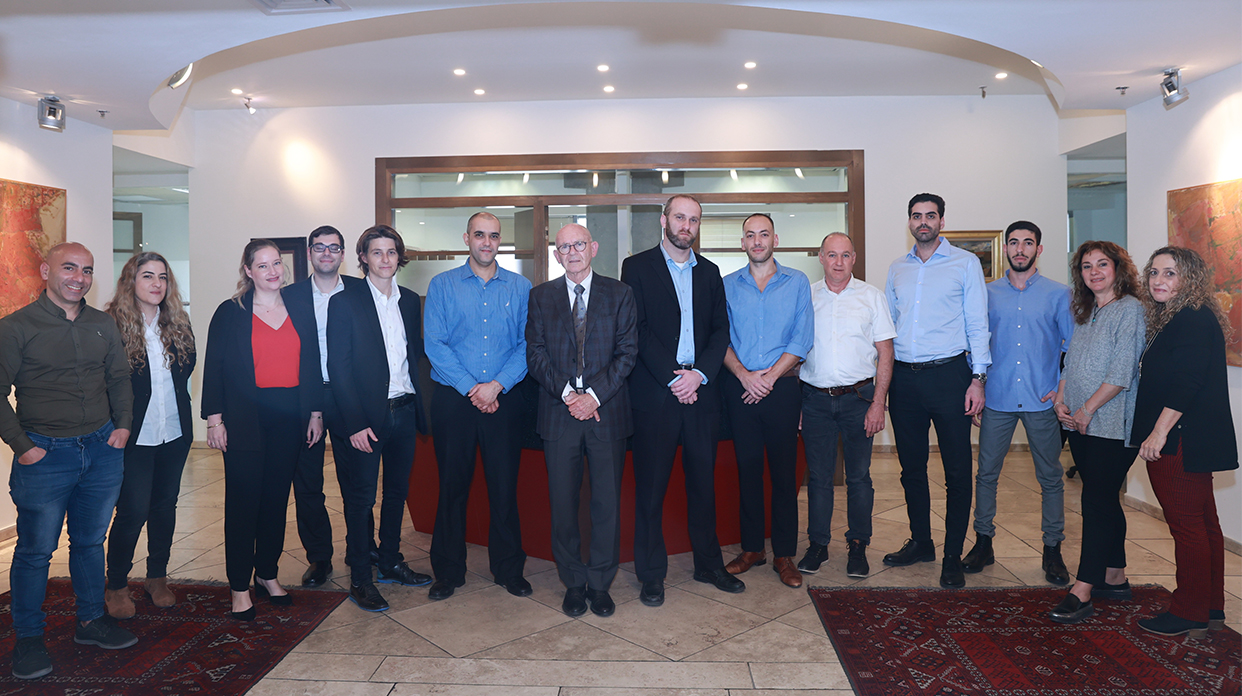 Amikam Harlap & Co. is one of Israel’s top tort lawsuits firms. The firm, which would commemorate 50 years of operations in 2023, provides all of the tort law services as a one-stop-shop, and since its establishment it had only one goal – to develop and promote the field of handling the various types of insurance and tort claims, from traffic and workplace accidents, through medical malpractice and up to general civil law matters. The firm relies on three major pillars – vast legal knowledge and proficiency, top-tier litigatory capabilities and personal and uncompromisingly accessible contact with the clients. All of the above have gained the firm extensive reputation, and to this very day, clients reach it through word to mouth. Over the years, the firm has been involved in some of Israel’s greatest legal affairs, and its victories in the court have affected the legal profession on a national scale. Among others, the firm handled claims which were related to the Versailles Wedding Hall Disaster, the Qumran Stream Disaster, the fire in the fireworks warehouse in the Sharon Region, the disaster in the Adia Wedding Hall in Yavne, retirement benefits for independence professionals and more.

Harlap & Co. has defined itself as a boutique firm before this term became fashionable, with the aim of specializing in the niche of tort lawsuits and fully mastering it. The firm’s boutique character is expressed both in the warm and personal attention that the various clients receive from the firm’s team and in the pleasant internal atmosphere between its team members. Thus, over the years, the firm was distinct in its function as an incubator for lawyers who have found it to be a healthy and ambitious work environment. This leads to the fact that many of the firm’s lawyers continue to work in it for many years and even decades, a rare phenomenon in the legal profession.

The Firm’s Graduates – Renowned Layers and Judges in Various Courts

The firm’s activity has gained momentum over the years and nowadays it includes 15 excelling layers, 5 of whom are partners. In light of its longstanding existence and the prominent position it achieved, the firm has groomed, during its almost 50 years of operations, dozens of lawyers and mediators who nowadays own independent firms or serve as judges in courts of various levels. These graduates started as interns in the firm and have been contributing to its accumulated reputation.

Adv. Ami Harlap, Founding Partner: Ami founded his eponymous firm in 1973. Initially, the firm handled only insurance claims, but over the years the scope of the legal cases it handles expanded and it has made a name for itself due to the tremendous multidisciplinary proficiency and excellent litigatory skills. Thus, one thing led to another and the small firm has transformed, under Ami’s leadership, into a top firm at the forefront of Israel’s torts practice. Adv. Harlap has vast knowledge and extensive experience in the fields of law, medicine and rehabilitation and he is considered to be not only a top lawyer in his field, but also a popular lecturer for HMOs, insurance corporations and the Israel Bar Association. By education he has an LL.B. from Tel Aviv University.
Adv. Eli Levy, Founding Partner: Eli joined the firm in 1985 and has been serving as a managing partner since 1990. He has vast experience in court appearances, and he participated in principal rulings that have been ruled over the years in the various courts and outlined the tort law in a wide variety of lawsuits – bodily harm, medical malpractice, sport injuries and more. Beyond his legal work, he volunteers to serve in a variety of public offices and as a mediator in complex tort cases. By education he has an LL.B. and a B.A., International Relations from the Hebrew University.
Adv. Tal Shalit, Founding Partner: Adv. Shalit joined the firm in 1993 and has been serving as managing partner since 2003. He represents plaintiffs in insurance and tort matters and has vast experience in representing severe casualties and appearing in the courts on their behalf.
Beyond his professional work, he volunteers as Chairperson of the City Tax Appeals Commissions of the Kdumim Local Council and is a popular lecturer in his practice areas. By education he has an LL.B. from Bar Ilan University.
Adv. Michael ElNatan - Managing Partner: Adv. ElNatan joined the firm in 2008 after an impressive career in the medical malpractice field and representation of HMOs, hospitals and physicians in substantial claims. He has an in-depth understanding of the mechanisms of the healthcare world and their shortcomings. In the firm, he represents plaintiffs in the medical malpractice field and also in workplace accidents, National Insurance claims etc. In his work, he utilizes the vast experience that he accumulated in the representation of the opponents (the defendants), and this provides him with a great advantage in his cases. In 2014 he was appointed to be a partner in the firm and it manages its medical malpractice department.
Adv. Yisrael Zelikovitz - Managing Partner: Adv. Zelikovitz’s entire professional career was conducted in the firm. He started as a pre-intern and after his admission to the bar he became the right hand of Adv. Harlap, the firm’s founder, and accompanied most of the major proceedings he managed.
Over the years he has proved himself as an excellent lawyer and a talented litigator in the fields of torts, litigation and insurance problems, and in 2010 he was appointed as a partner in the firm. By education he has an LL.B. from Bar Ilan University.