Immigration to Israel and receiving Israeli citizenship, family and inheritance law, surrogacy in Israel and abroad 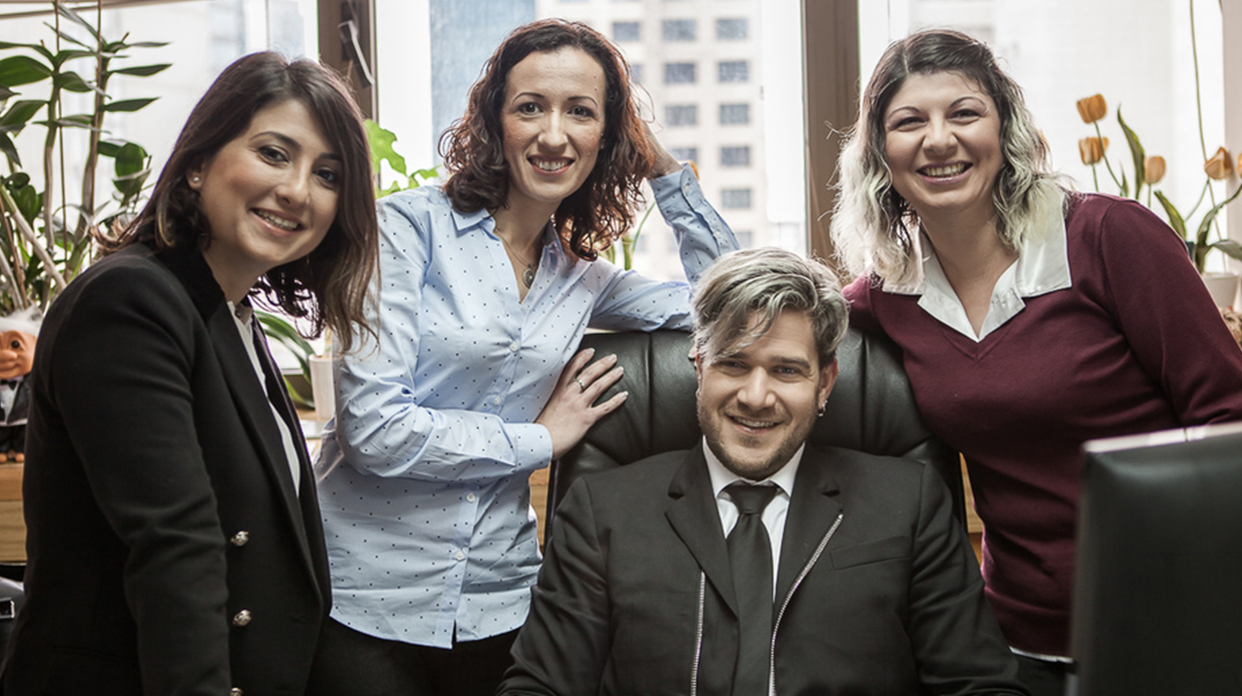 Matan Hodorov, Law Office is a unique law firm which is distinct in its warm and familial atmosphere, first-tier legal experts and above all else, the unique and le-gally-complex cases that it chooses to manage. The firm was founded in 2011 and it specializes in three main practice areas: Immigration to Israel (while interacting vis-à-vis the Ministry of Interior and appearing before the various courts (the tribunal of appeals, the district courts, the Supreme Court), family and inheritance law and accompanying surrogacy proceedings in Israel and abroad.

Adv. Matan Hodorov, the firm’s founder and owner, has set a mission to serve as the client’s voice and make them heard vis-à-vis the various government offices while representing them appropriately and professionally in order to enable them to fully exercise all of the courses of actions that they have by law, thus maintaining due process and proper remedies. The real satisfaction of the firm’s lawyers team stems from the understanding that their legal practice changes people’s fates, as every positive decision that is achieved through much struggle with the authorities is a significant decision that changes the life of another client.

Immigration to Israel and Receiving an Israeli Citizenship: The firm provides a broad legal umbrella for every aspect of immigration matters and applications for an Israeli citizenship. The skilled team works in these cases vis-à-vis the Ministry of Interior and its extensions and also in the various courts and it specializes, inter alia, in facilitating citizenships for foreign spouses by virtue of their common law marriage / traditional marriage, receiving rights for the children of foreign spouses, receiving rights for the parents of foreign spouses, entry and work visas, managing appeal proceedings on decisions to decline applications by the Ministry of Interior, experts visas, humanitarian applications and more. In this framework, the firm provides a special service in the framework of providing immediate assistance for cases of refused and delayed entry to Israel who are held in the Ben Gurion Airport. This service is intended for all of the tourists/guests or Israelis who are delayed during their entry to Israel for any reason whatsoever, such as epidemic-prone diseases, criminal background, refugees, non-filing of a preliminary application for an entry approval and more.

Surrogacy in Israel and Abroad: The firm accompanies, counsels and assists couples and individuals in all aspects of the surrogacy proceedings, starting from drafting various agreements between the parties, through the protection of all of their legal rights and up to the approval of the agreement by the approvals committee as enacted in Israel and the actual conclusion of the process. In addition, the firm accompanies, couples and individuals who conduct surrogacy proceedings in various countries abroad from the time of conception and up to receiving a passport and a citizenship for the minors who were born through the proceedings. Adv. Matan Hodorov, the firm’s owner, is a gay family man, who underwent, together with his spouse, two surrogacy processes in Thailand, so that the legal representation in this field is also accompanied by his significant personal experience in the process’ complexity and lengthiness.

Adv. Matan Hodorov has vast experience in the laws of immigration, acquiring legal status and refugees in Israel, family and inheritance law and surrogacy in Israel and abroad. He has more than a decade of experience in the legal profession during which he achieved numerous legal precedents, including amendments in the Ministry of Interior’s procedures, formalizing the status of foreigners in special extreme cases, winning precedential adoption cases in the Supreme Court, and more. Adv. Matan Hodorov has vast experience in managing the matters of the firm’s clients in the courts and Tribunals, and in government agencies and committees (including the Ministry of Interior’s extensions across Israel) and this enables the firm’s clients to benefit from the best and most professional service. Until recently, Adv. Matan Hodorov managed the largest forum on the internet (on the LAWFORUMS website) on the topic of immigration, human rights and citizenship in Israel, and by education he has an LL.B. and an LL.M. from the Hebrew University.

Adv. Bayula is an associate of the firm who has been handling immigration law, family law and surrogacy for several years, and has vast experience in managing the firm’s clients cases. Over the years, Adv. Bayula accumulated extensive experience in appearances before the courts and tribunals and in government agencies and committees and extensions of the Ministry of Interior across Israel. By education she has an LL.B. from the Academic Center for Law and Business with a specialization in criminal law and an LL.M. from Haifa University with a specialization in criminal law. In 2014, she completed writing her thesis in the field of criminal law.

Over the years, the firm recorded numerous precedential wins in his practice areas. Notable among those cases is the firm is of Elena Kazakov and her children - a citizenship refusal case which Adv. Hodorov started managing already during his days as an associate and with which he continued also after founding his independent firm. After many years of struggles during which the State has made numerous claims concerning the refusal’s circumstances, including the alleged evangelization of Ms. Kazakov, a positive final decision was given in 2016 and all of the family members received an Israeli citizenship. Other prominent cases concerned returning a child that was given for adoption by the mother, while the biological father was unaware of this, back to the hands of the father, and also managing proceedings for the formalization of the status of a baby who arrived to Israel from Sri-Lanka (who is now 6 years old) and prevention of her deportation. In this affair, the State claims that the child was smuggled from Sri-Lanka in an illegal surrogacy process. The case has been managed over the past 6 years in various courts (the family court, the district court and the Supreme Court).