Ranking within Evacuation and construction Projects 2019

NSA Asayag Urban Renewal was founded by Nissim Asayag in early 2008 following his honorable discharge from the IDF at the rank of Colonel. The company, which was ranked as one of the top 10 leading companies in its field, is also one of the six companies in Israel that executed a Pinui-Binui project from start to finish. Furthermore, the company developed high capabilities over the years, including a mechanism that is able to coordinate between all of the relevant entities in order to quickly and efficiently promote the project, with the cooperation of a residents’ representative committee that serves as part of the project’s management team.
Nowadays, the company specializes in promoting Pinui-Binui and Tama 38 projects.
In this framework, the company handles all of the aspects, both planning and the relationships with the rights owners.
The company serves as a one-stop-shop for the residents since it works to promote the complexes from both the procurement aspect (getting the signatures of the residents on final agreements) and managing the planning until a construction permit is received and “Clearing the Stage” before construction. The company takes care to promote its projects quickly and efficiently, often in timeframes which are half as long as the customary period.
The company believes that a successful urban renewal project requires a balance between the interests of all those involved in the project, and it takes care to maintain the entire process in-house, in order to guarantee the highest level and uncompromising quality in every project.
The company’s CEO serves as the representative of urban renewal initiators in the Urban Renewal Authority and hosts a national radio program in this field.
The company’s vision focuses on Pinui-Binui projects as social projects that create a real-estate product, and therefore it specializes in locating potential urban renewal complexes from the social aspect.

The company’s projects scope is about 20 projects in varying stages, with thousands of apartments.

The Yosefsberg Project – Petach Tikva
In November 2009, a contractual agreement was signed with the residents’ commission, and in September 2011, after the eviction of the residents, the buildings were demolished.
The project includes 90 demolished apartments and 360 re-constructed apartments in four 26-story towers. It was executed in cooperation with Property & Building Ltd.

The Promenade Project – Or Akiva
(In cooperation with Tidhar). The project would include the demolition of 352 apartments and the construction of 1,900 apartments, and another 3,500 sq.m. of commerce areas. Architects: Moti Kasif and Eli Firsht. Statutory Status: Approved Zoning Plan. The complex was declared as a Pinui-Binui complex in the taxation program by the Ministry of Housing.

The Gvulot Florentine Project
(In Cooperation with Hachshara Alefa). The project would include the demolition of 72 apartment and the construction of 241 apartments, and another 1,230 sq.m. of commerce areas. Architect: Ilan Fibco. Statutory Status: Approved Zoning Plan. Currently processing the construction permit for the first section.
A preliminary decision was made by the Ministry of Housing to declare the complex a Pinui-Binui complex in the taxation program.

The Poznanski Complex Project
(In Cooperation with Hachshara Alefa). The project would include the demolition of 65 apartment and the construction of 214 apartments. Architect: Moti Kasif. Statutory Status: Approved TA 5000 City Master Plan. A preliminary decision was made by the Ministry of Housing to declare the complex a Pinui-Binui complex in the taxation program.

The 54 Bialik Project – Ramat Gan (A Tama 38/2 Project)
(In cooperation with High Group Ltd.). The project includes the demolition of 34 apartments and commercial spaces and the construction of 103 apartments and commerce areas.
Architect: Boaz Shreibman. Status: the plan was approved vis-a-vis the forum of the Deputy Mayor. In preparation for submitting permit applications.

The Yaakov Av. Project – Rishon LeZion
An expansion project with 120 apartments to be evicted in 6 townhouses, in separate execution segments – each building serves as an execution segment.
Architect: Selo Ben Ami. Status: First execution segment in permit stages. A plan is being prepared for the rest of the complex. 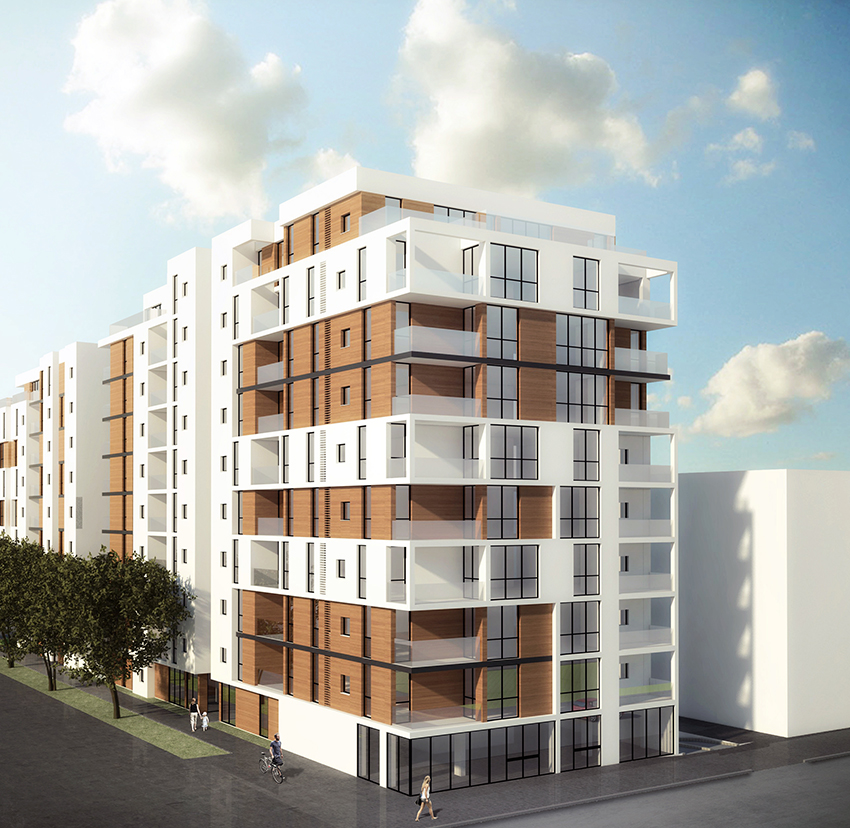 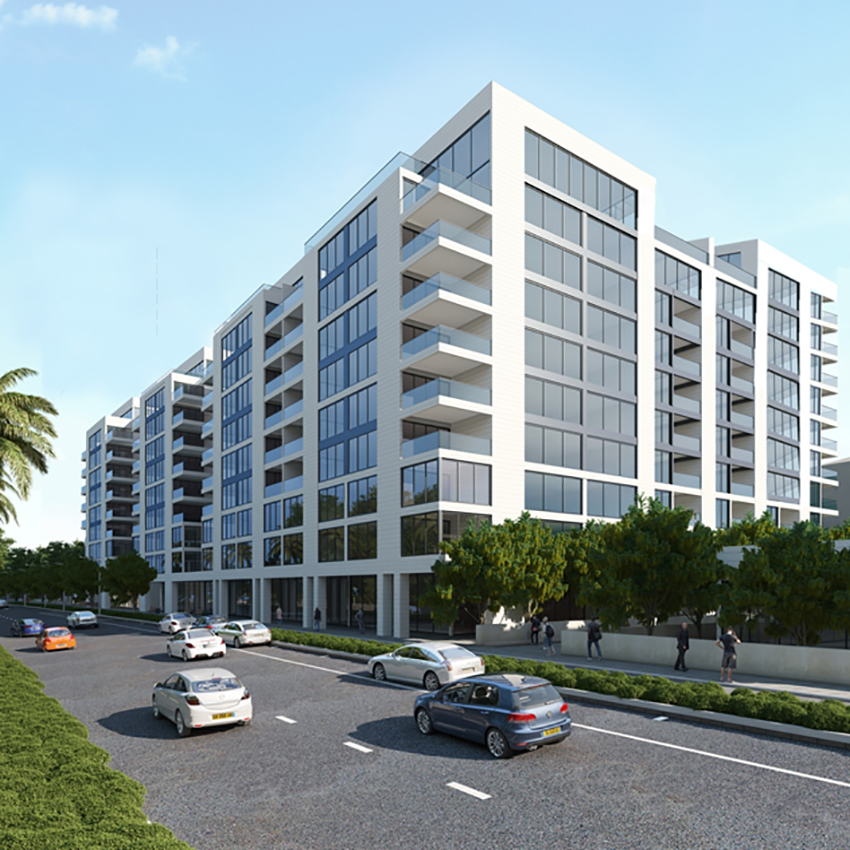 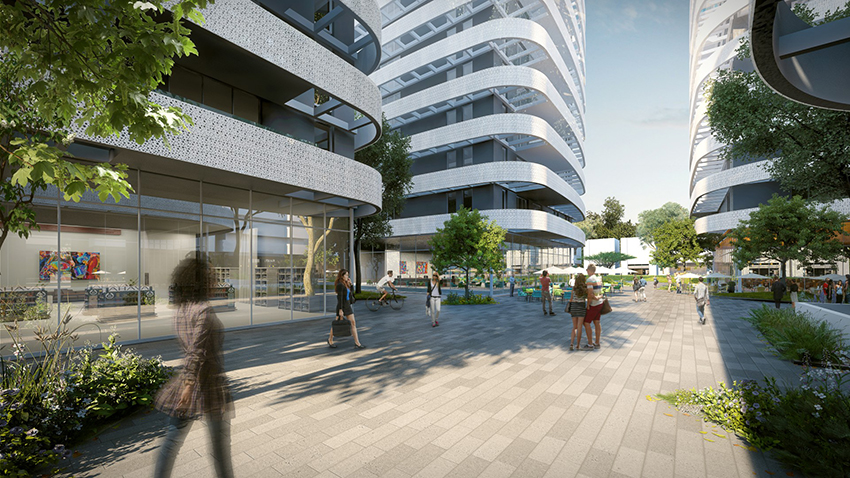 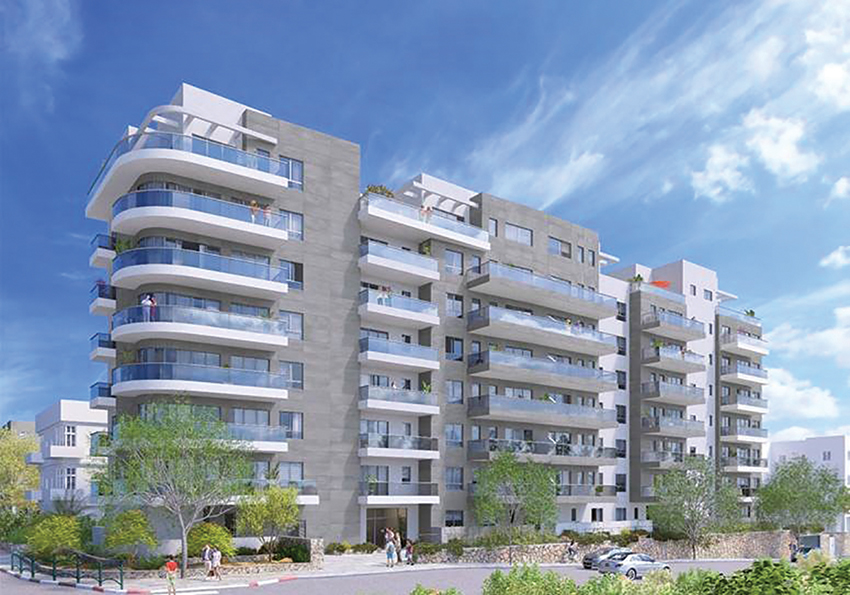 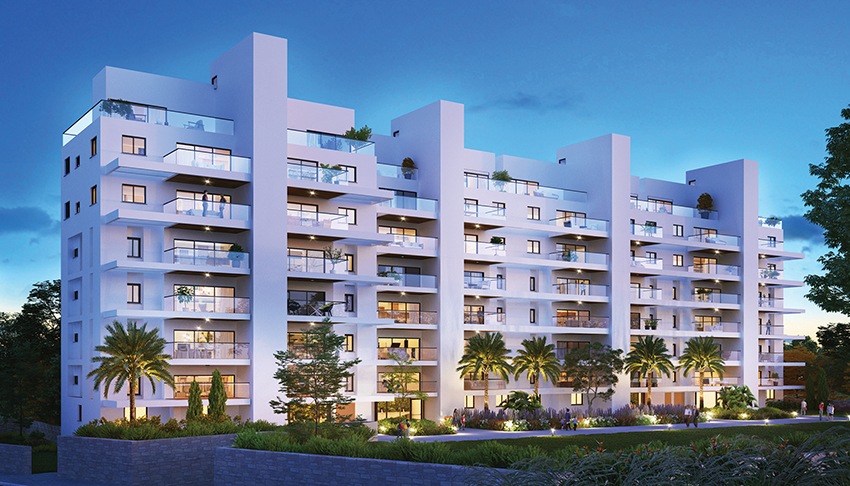