Supply and marketing of fruit & vegetables 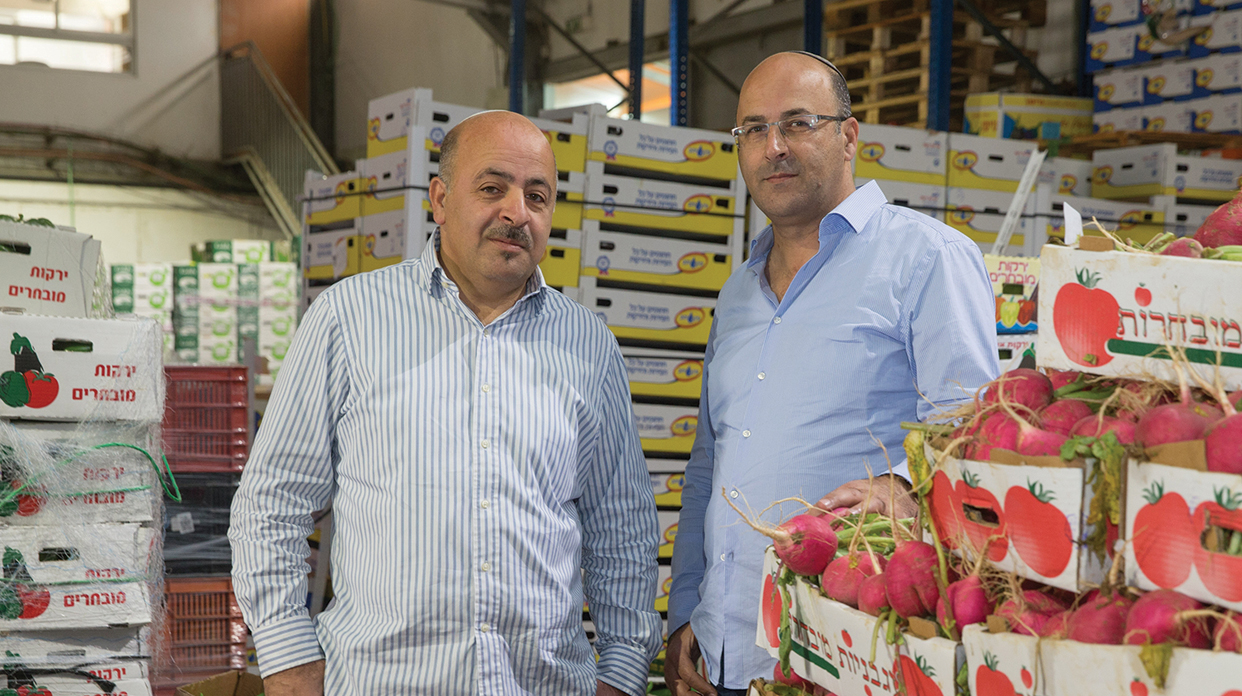 The company’s logistics center is located in the Atarot industrial area in Jerusalem and covers an area of some 4,000 SqM. of warehouses and many refrigerated stores. The center, which sits on the border between Jerusalem and the West Bank, employs approximately 300 people, both Jews, and Arabs. The logistics center is served by a fleet of 40 trucks which travel the country from Dan to Eilat bringing agricultural producer and then delivering to the customers

Advanced Factory for the Production of Peeled Vegetables

In addition to the logistics center, the company also provides hospitals, kibbutzim, banquet halls, restaurants, and others with peeled vegetables. Thanks to increasing activities in this field, the company is setting up a new facility for peeled vegetables covering an area of 1,200 SqM. at Mishor Adumim. Since its inception, the facility, in which about substantial amounts were invested in automation and equipment, is considered to be the most advanced of its type in this area.

The facility, which has all the required production permits, produces packages of varying sizes containing peeled vegetables such as potatoes, onions, carrots, sweet potatoes, garlic, and beet. All of the peeled vegetables are fresh with a shelf life of seven days. The concept behind the establishment of this new plant derives from an understanding of company’s management of the increasing demand from private customers (end users) as well as the institutional market such as government offices and public organizations for pre-packaged, peeled vegetables for cooking and quick use.

Around the Clock Acquisitions

The company works with the very best packaging plants and farmers, from the Golan Heights to the south of the country. When fresh produce is scarce, the company imports fruits and vegetables from abroad, mainly from the European Union, Turkey, and Jordan. Produce is supplied fresh daily, having been picked that same morning. The company’s trucks collect the produce and bring it to the logistics center at Jerusalem where it is refrigerated and, the same night it is sorted and delivered to the company’s customers.

The company total commitment to customer service as its top priority has added to its excellent reputation that is acknowledged across the country. The company has committed itself to provide the very best customer service for all of its customers. Thanks to its fleet of trucks, which depart the logistics center throughout the day and night, the company can reach every corner of the country.

The company operates a customer service call center for all of its products and, if necessary, provides an immediate response to every problem to ensure the customer’s total satisfaction. The service center is highly available to customers.

With an Eye to the Future

As a leading logistics company, Peer-Li understands that the world is rapidly adopting robotics and digitization. As a result, the company constantly strives to close technological gaps and reduce manpower requirements

The company implements its vision, step by step based on its understanding that, in the field of fruit and vegetables, of degradable organic produce, a special emphasis must be placed on the human factor rather than relying solely on robotic mechanization however advanced it may be.

The company makes many contributions to the community and society. Over the past 15 years, it employs in its plants and facilities ex-convicts, helping them to find their place in society, to rehabilitate themselves and return to the “straight and narrow”. The rehabilitated prisoners come from the Jewish and Arab populations and some of them have been working for the company for 10 – 15 years.

(The land is left fallow and all agricultural activity is forbidden by Jewish law).

The company’s greatest strength comes to the forefront every seven years, during the “Shmita” year as the company is identified as being especially concerned with observing all aspects of Jewish law regarding agricultural produce cultivated on Israeli soil. So, for example, the ultra-orthodox community can be assured on the agricultural produce supplied by Peer-Li during the ”Shmita” year when the company imports the majority of its agricultural produce from abroad. All other sectors of society who also wish to observe the requirements of “Shmita” and not eat foods grown during this period, know that they can rely on Peer-Li and the fruit and vegetables they consume during the year.