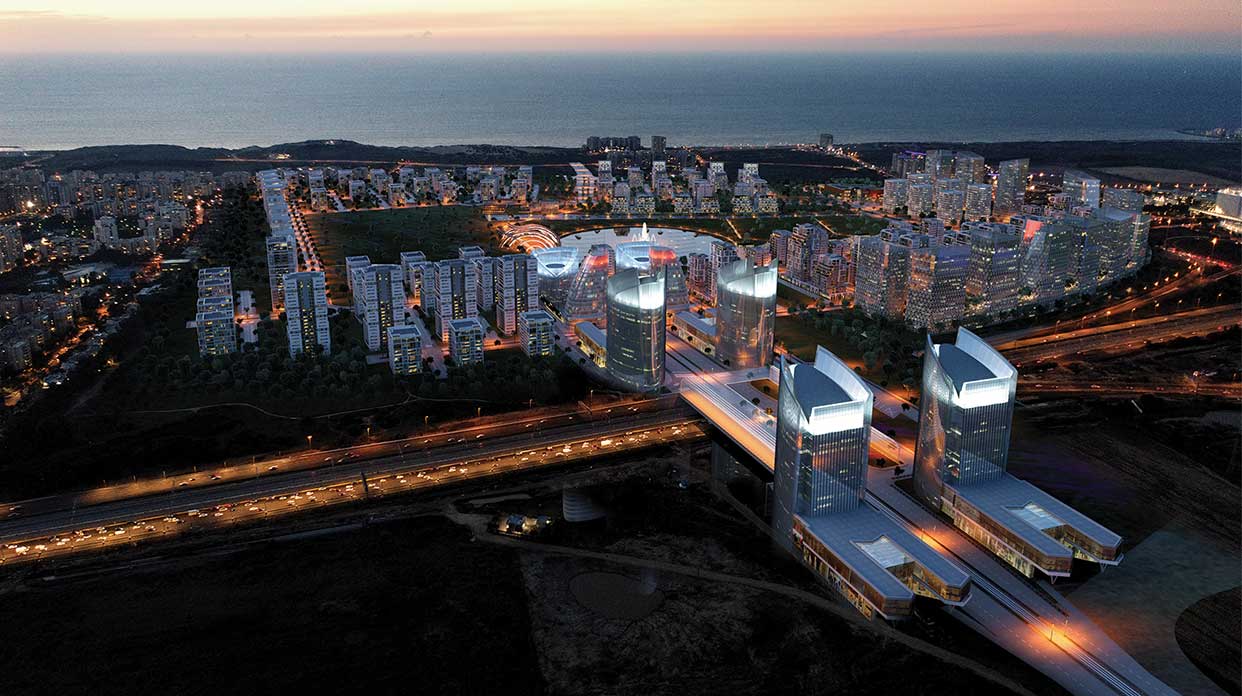 Shviro Land Ltd. is a leading real estate and investments company, which has been entrusted with some of the most prominent and prestigious projects in Israel, including the Pi Glilot project and the Azure Beach project.

For more than 20 years, the company has been designing the urban texture in Israel’s most sought-after areas. Shviro Land provides its customers with comprehensive professional services, and specializes in selecting exclusive and strategically-located projects and lots.

Some of the company’s noteworthy projects include the Pi Glilot project, the Azure Beach in Herzliya project, The H-500 Complex in Holon, the prestigious Sde Dov project which touches the Israeli coastline, and the 1,000 Complex in Rishon LeZion. These projects, alongside with dozens of other real estate ventures, positioned Shviro Land at the forefront of Israel’s real estate investments field.

Some of the groundbreaking achievements on the company’s track record include the marketing strategy that Shviro Land implemented in Israel, while applying a concept that integrates residences, offices, employment and leisure.

A Safe investment – Unique Strategy and a Profits-Orientation Approach

In light of its proven successes over the years in upscale projects at the heart of Israel’s high-demand areas, in combination with the company’s unique strategy, Shviro Land benefits from an excellent reputation and is renowned as a safe investment. The company’s core values, including perseverance, brave decisions and professional excellence with profit-oriented thinking, create the added value from which the clients benefit. The synergy between the company’s attention to constant readiness in the search for the next opportunity, its fast response time, its flexibility and its creativity, leads to profitability for its investors. The company’s owner, Meir Chachkes, is a leading and groundbreaking entrepreneur. Earlier in his career he was a realtor, and owing to his hard work, professional insights and passion for this industry he broke further ahead with the perseverance which he defined from the very beginning, which focuses on reaping the best and the most from every investment, and achieving optimal profits from every project.

This vision is implemented in every project of the company, whether if said project is a residential, employment or leisure project. In light of this vision, Shviro Land meticulously maintains its personal service and its attention to fine details, while cultivating a good and trusting relationship with its customers, employees, contractors and professional consultants, including its interior designers and architects.

Shviro Land accumulated an extensive professional knowledge and deep proficiency in the real estate field over its years of operations, and accordingly its investments deliver returns which are significantly higher than those of any other investment channel. The company’s professional team offers a broad variety of carefully-selected projects and ventures to the customers, with attention to the professional excellence for which the company is renowned.

Shviro Land specializes in locating the most suitable investment for each and every one of its customers, while customizing the project as to tailor it to the customers. The company meticulously review its customers’ needs, financial ability and the nature of investment that they seek.

Shviro Land believes in focus, and therefore it concentrates all of its resources and efforts in specializing in the real estate investments field. The company’s vast experience and the in-depth knowledge that it accumulated, in combination with the personal customization of the investment to its customers’ needs and the devoted service for which it is renowned, create the added value from which the customers benefit, while making the most from their financial investments. The company carefully maintains full transparency, reliability and professionalism towards its customers throughout all of the transactions’ stages.

The Pi Glilot Project - The Pi Glilot Project, one of Israel’s largest and highest-quality projects, is one of the country’s most sought-after luxury residences and Hi-Tech complexes. The project is located in a strategic and attractive location, between Ramat Aviv C and Glilot Junc., close to the beach.

The Azure Beach Project in Herzliya - Shviro’s Azure Beach Project is a luxury project which would be built on a land reserve that is located between Herzliya’ Marina and the Mandarin Hotel. The Azure Beach Project, which is promoted by the Herzliya Municipality, is currently at advanced planning stages. The project would cover an area of about 2,200 dunams, intended for high-density construction. The project’s attractive location, near the coastline, and also close to major and important transport arteries at the heart of central Israel’s high-demand areas, serves as a unique and a once-in-a-lifetime strength, from which the customers would benefit.

The 1,000 Complex in Rishon LeZion - This luxury project of Shviro is one of Israel’s most attractive real estate investments. The project would include more than 1,000 dunams of land, on which an advanced business complex would be built. This business metropolis would be built on Rishon LeZion’s last land reserves to the west. This upscale business complex would include, among others business complexes, commerce, residences, higher education institutes, culture and leisure. A large and unique park would be built at the center of the neighborhood. This new metropolitan area is expected to be home for more than 22,000 inhabitants and a source of employment for about a hundred thousand employees.

The Sde Dov Project - This project, which is located on the most expensive land reserve in Israel, serves as a rare and prestigious economic opportunity. About 16,000 luxurious and unique apartments are expected to be built in this exclusive real estate project, at the heart of Israel’s most sought-after area.

The H-500 Project in Holon - This project is considered to be one of the best-value investments in the Israeli real estate market. The project is expected to include the construction of a neighborhood on open areas of untouched nature, and therefore serves as a never returning opportunity to live in central Israel while simultaneously benefitting from living in nature. 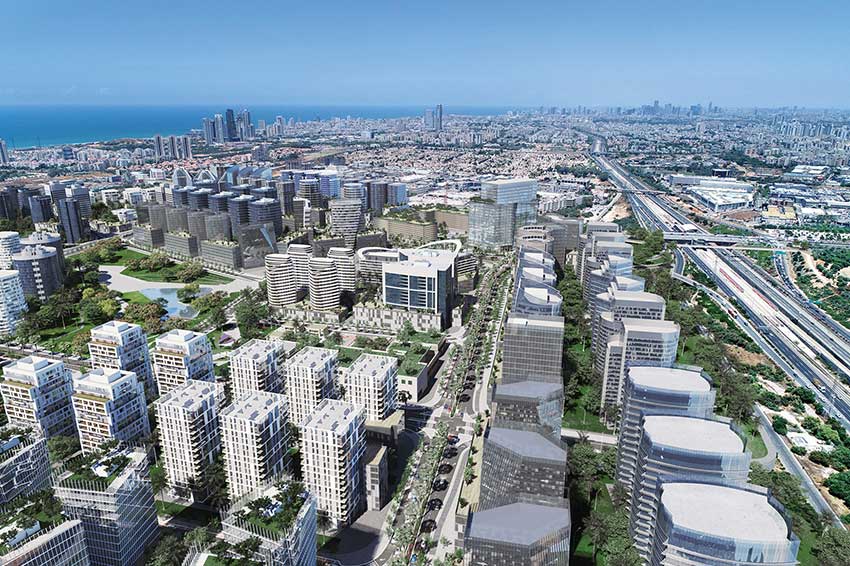 The 1,000 Complex in Rishon LeZionpr photo 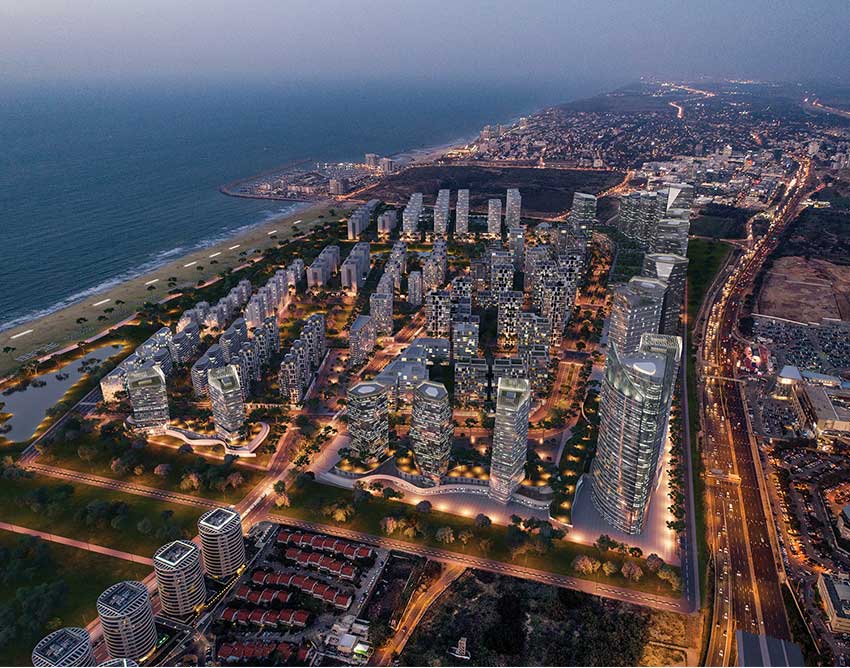 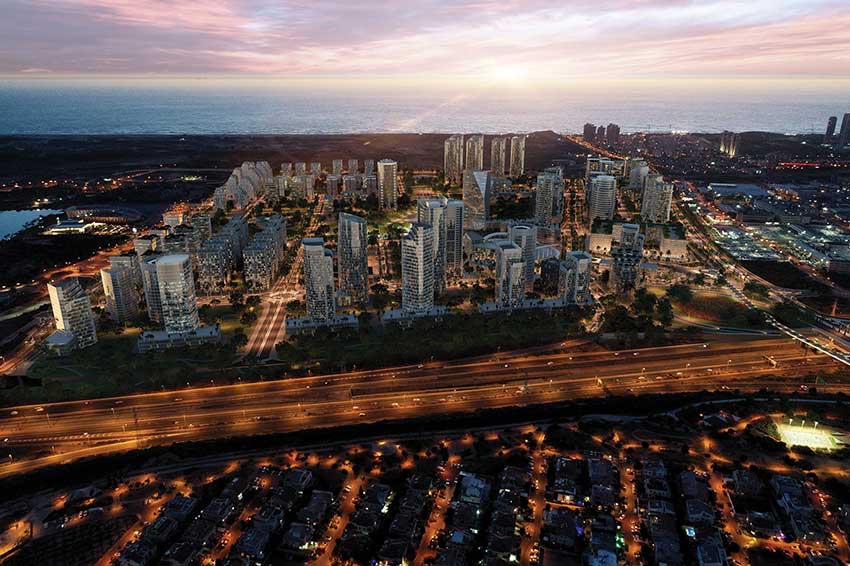