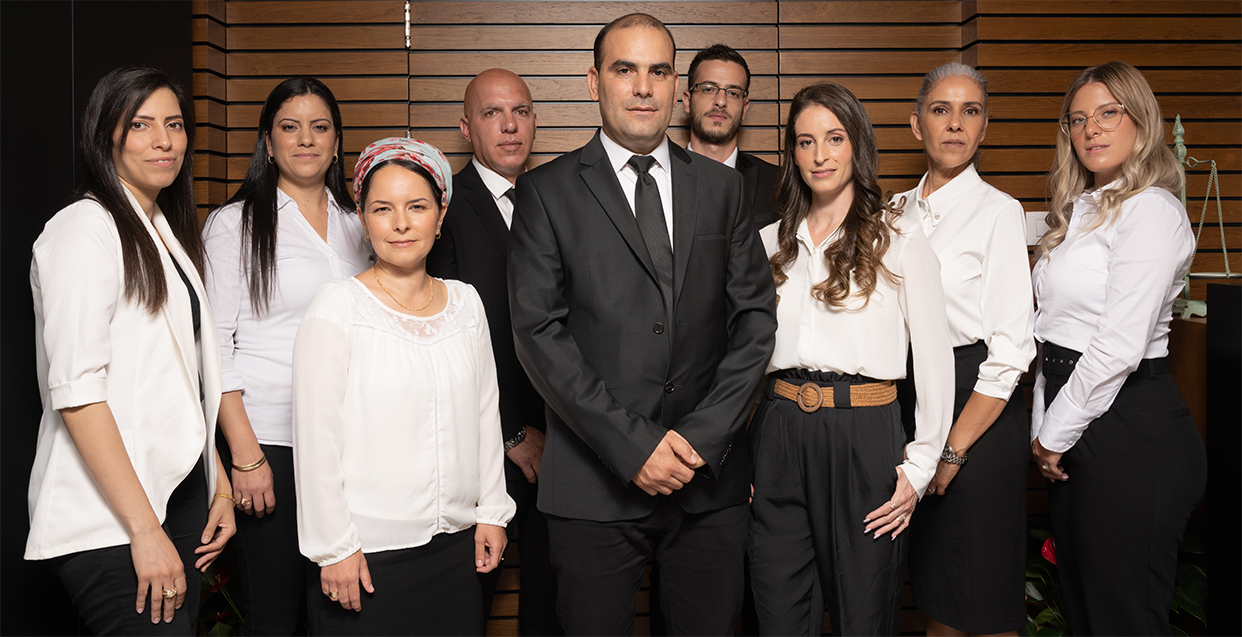 Yariv Vaknin, Law Office is considered to be a prominent and leading firm in the civil-commercial law and family law practice areas, and to one of the largest law firms in northern Israel. The firm was founded in 2014 by Adv. Yariv Vaknin and throughout its years of operations it has been recording consistent and stable growth in both the extent of clients and cases that it handles and in its growing human capital.

The firm provides clients with a wide range of legal services, from civil-commercial law, through public and administrative law, tort and insurance, and up to family and inheritance law, and it includes 14 professional and seasoned first-class lawyers. The firm has another extension in Tel Aviv (on 3 Daniel Frisch St.) but almost all of its activity is conducted in Afula.

Yariv Vaknin work concept is one of the freshest ones in the Israeli legal arena, and it combines uncompromising professionalism and determination with devotion, passion and investing in large and small cases.

Over the years, the firm has achieved numerous legal precedents, including a precedent where bodily harm damages were divided between spouses even though no sharing intention was proven, and also a precedent which included very high sums of temporary alimonies – NIS 15,000 in cash and in addition bearing the costs of expenses in the sum of about NIS 15,000, despite a determination that the husband earns a salary of NIS 32,000.

The firm is headed by its founder and owner, Adv. Yariv Vaknin. Yariv has an LL.B. from the Ono Academic College and he pre-interned and interned in the Tel-Aviv-based firm Vaknin-Tor.

Shortly afterwards, he opened his prospering firm. He formerly served as V. Chairperson in two national committees of the Israel Bar Association – The Local Government Committee and the Execution Committee. Beyond managing his firm, Adv. Vaknin serves as an externa director of the Mei Noam Corporation, which provides water and sewage services to about 54,000 households across Nof HaGalil, Migdal HaEmek and Afula.

The firm’s legal team is directed by Adv. Mace Gigini Yosef, who graduated from the Hebrew University with an LL.B., a lawyer with 8 years of experience who specializes in family and inheritance law. The Civil-Commercial law practice of the firm is coordinated by Adv. Meirav Avnaim, a legal expert with 11 years of experience who graduated with an LL.B. from Tel Aviv University. In the Tort and National Insurance Practice, the firm employs the former legal counselor of the National Insurance, Northern District, which provides the department with the capability to understand in-depth the other side of the trench and its modus operandi.

Boutique, Warm and Dedicated Attitude to the Clients

The firm handles large and complex cases, including mega-lawsuits of NIS millions against contractors, inheritance and divorce cases of businesspersons and celebrities and more. The team manages numerous civil-commercial disputes and when necessary files appeals to the district courts and the Supreme Court. To summarize – the firm fights in every front in order to achieve the best results for its clients. Despite the large scale of the cases that the firm manages, Adv. Vaknin makes no compromises on the boutique, open and intimate atmosphere for the clients. The lawyers’ team is available around the clock and each case is characterized by the thoroughness and deep study which lead to impressive results in all of the courts and tribunals in Israel.

The firm provides optimal service for its clients and isn’t afraid to take responsibility also on cases that other firms avoided. In such cases, which appear to be doomed from the start, the firm formulates a different and unusual legal strategy while searching every nook, corner and loophole that would enable to establish a case. This method is highly distinctive for the firm, and during its years of operations it has managed to crack numerous cases which appeared to lack any evidence. The firm’s clientele includes leading businesspersons, journalists, tycoons, oligarchs, celebrities and more.

Prominent Cases from the Past Year

Representing a Renowned Businessperson in an Inheritance Case: The firm filed for the client an objection to a will probate order and the appointment of an estate manager. This is a complex case which includes conducting actions in South Africa and dividing the estate in correlation between the countries. The case includes extensive property which is estimated in NIS ten of millions, including in an upscale neighborhood of Tel Aviv and vast rights in South Africa.

Representing a Child who Requires Lifesaving Medical Treatment Abroad: The firm represents a sick minor who requires lifesaving medical treatment, while insisting on his right to leave to the U.S. in order to receive this treatment. The Rabbinical court and the father are “fighting” the family members in order to bring them back from the U.S. while ignoring the medical condition, and at the current stage the mother was declared to be a child abductor under the Hague Convention and hundreds of thousands of Shekels from selling their house were seized.

Managing a Complex Divorce Case that Includes Child Abduction: Managing a divorce case which includes the division of vast properties including a restaurants chain, houses, a car dealership and more. The mother moved to reside with the children in southern Israel despite the decisions of family court, the district court and the Supreme Court that prevent her from doing so. The property case is still being managed and the ex-wife returned to reside in northern Israel after a determined legal struggle. Nowadays, the woman abducted the minors again and appropriate application were filed in the court. 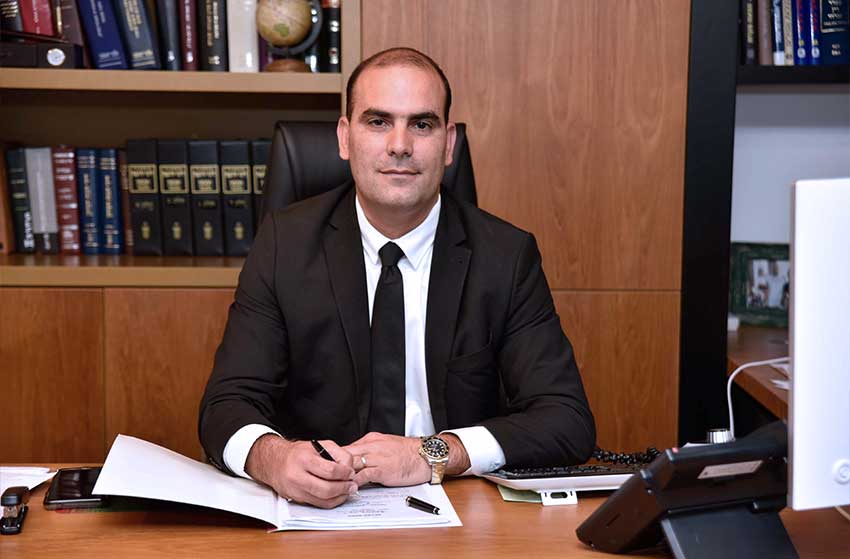 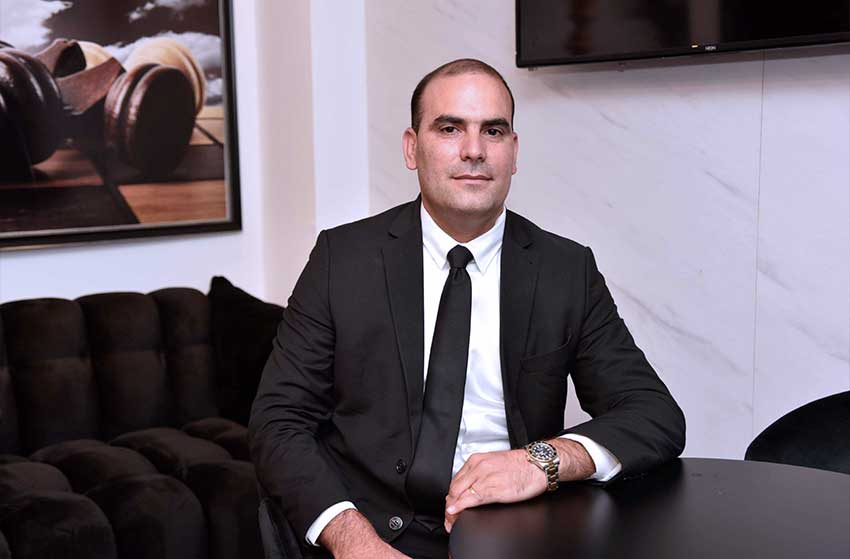