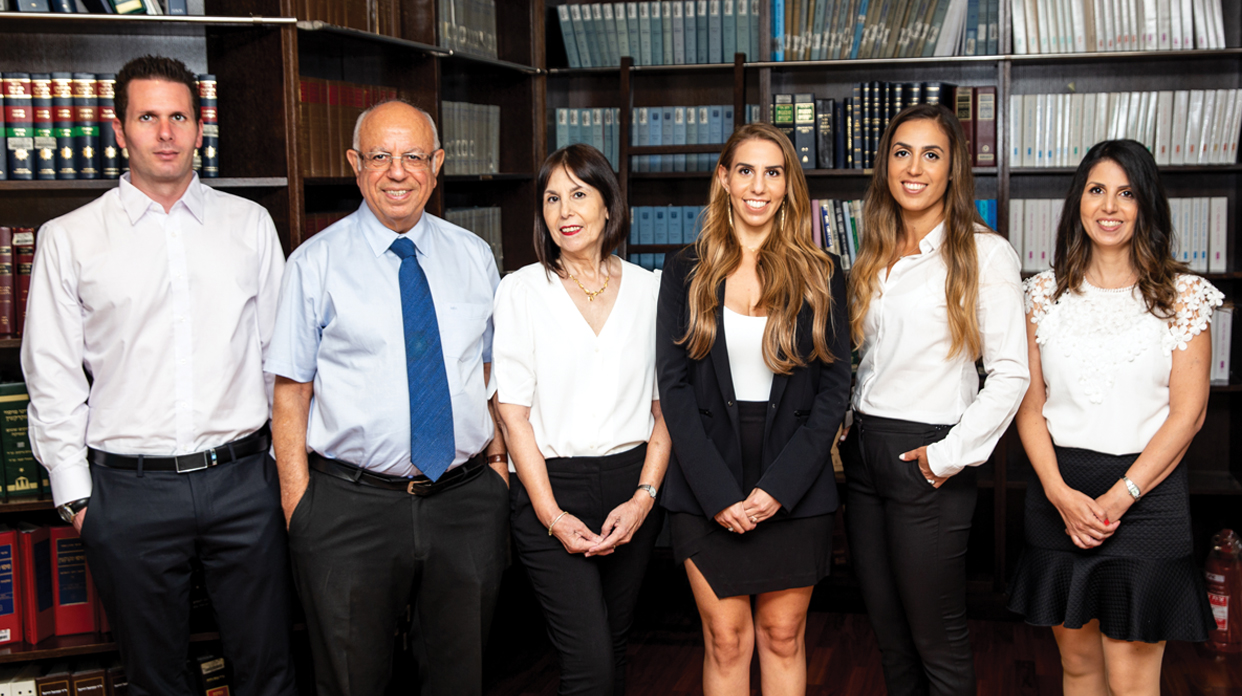 Zion Samoocha Law Firm is one of Israel’s topmost family law and inheritance law firms. The firm has more than 40 years of experience (since 1976) and has been ranked annually as the leading firm in Israel. The managing partner is Adv. Zion Samoocha who is a nationwide authority on family law. While Adv. Zion Samoocha receives each client personally and accompanies each of the firm’s cases from start to finish, he outlines the course of action for every case and its representation in the courts Adv. Samoocha litigatory abilities are widely respected. Furthermore, The firm’s team are lawyers who have been personally trained by Adv. Zion Samoocha, they receive his daily guidance and support. In addition, he personally trains them to perform in court. Many of the lawyers who have been trained by Adv. Zion Samoocha have gone onto becoming family court judges and well known lawyers.

The firm has gained a reputation as a leader in two main practice areas: family law and inheritance. The firm handles divorces, marital harmony/prenuptial/divorce/joint parenting agreements, civil marriage, child custody, alimony, child abduction, personal and business reputation claims, immigration, property claims, etc. In its inheritance practice, the firm handles wills, mutual wills, probates, will objections and cancelation, estate management, will orders, estate child support, heir claims, locating estate assets etc. The firm aims to strive for a respectful and fair negotiations and reach agreements prior to legal proceedings. In cases where a legal struggle is unavoidable, the firm utilizes the cross-examination and case management techniques it developed which are based on interdisciplinary knowledge and longstanding experience.

Personal Attention to Every Client

The firm believes in providing personal attention and attentive attitude towards its client. It recognizes the importance of professionalism, legal knowledge, skilled litigation and the construction of a unique strategy for each client is considered as part of the service. Initially Adv. Samoocha personally receives each client for a consulting meeting, he builds a unique customized outline and accompanies each and every case from start to a successful conclusion.

Adv. Zion Samoocha: Zion has an LL.B. from Tel Aviv University and was admitted to the Bar in 1976. He served from years as a member of the Bar’s Legislation Committee – Family Law, which was headed by the Late Prof. Menashe Shawa. Zion is the record holder for published precedential rulings of the Supreme Court. Precedents which he helped create are studied in law faculties. Some of these precedents even received extensive media attention and some served as a basis for legislation. In addition, Adv. Samoocha lectures in the “Lawyers College” of the Bar’s Central District and lectures in professional panels before lawyers and judges in the Bar’s professional seminars and trainings.

Adv. Adi Samoocha: Has an LL.B. from Tel Aviv University, interned in the family court under Judge Talia Kopelman Pardo and admitted to the bar in 2003, and she has been working in the family firm ever since. Served as a member of the Bar’s Legislation Committee – Family Law.

Adv. Inbal Samoocha: has an LL.B.  in the framework of her studies she participated in the Domestic Violence Prevention and Guardianship Orders Clinic under Judge Rivka Makeyes. Inbal interned in the firm and was admitted to the Bar in 2010. She worked for about a year in the Shekel&Co. tax law firm and has been working in the family firm since Aug. 2011.

Adv. Anat Samoocha-Semo: has an LL.B.  She interned in the firm and was admitted to the Bar in 2014. She has been working in the family firm since.

Adv. Ehud Levy: has an LL.B., a B.A., Business Administration and an LL.M. from IDC. Interned in litigation and commercial law in the firm Yossifoff, Cohen, Koren, Grodberg & Co Law Offices, and afterwards he worked for about 3.5 years in the firm of Advocates Yoram and Shosh Perry in the family law field. He started working for Samoocha in 2015.

Parental Alienation: Abolishing the Sanctions and the Expert Appointment: The firm received this case after a therapist/social-worker was appointed and he imposed severe sanctions on the wife and children, with the court upholding all of his claims. The firm managed to cancel the appointment of the family therapist and abolish the strict sanctions against the wife and the children. The firm’s team didn’t hesitate to confront the court and the district court accepted the appeal agreeing that handling relationship refusal and parental alienation should be done through therapy and not in the framework of sanctions by the court and/or the therapist.

Requiring a husband to pay his wife’s court costs to Defend against him in the divorce proceedings: The Rabbinical Court determined, in a precedential ruling, that a husband must pay his wife 1M NIS or register an investment property in her name in order to enable her to sell it and finance her legal expenditures and fees, in addition to her alimony, even before the discussion on the division of property.

A precedential ruling - The district court issued restraining orders against the father from the home of the mother and the child when they would return overseas in order to continue the proceedings there, and it has also been ruled that the husband would pay the wife’s living costs during the trial.

Cancellation of ante mortem gifts: The cancellation of a gift of real estate properties worth tens of millions which a mother gave 2 of her 3 daughters. The court accepted the firm’s claim that the gift was given through an abuse of the mother’s deteriorated mental state and dependency on her daughters and the gifting was canceled.

Over the years, our firm participated in precedents such as the: Abuluf case - On this case our firm managed to prove that a business asset that was owned by the husband before the marriage is co-owned by the wife; The Lidai case - The Supreme Court ruled that the wife isn’t entitled to title in the land that the husband received from his family, only to half of the value of the house itself; Amitzur case - The Supreme Court ruled that the husband’s ability to pay child support and alimony isn’t determined only by his actual income, rather his property and potential income must also be taken into account; Unloading properties to a lover - The court validated the alimony that was ruled 10 years earlier and ruled that a husband who concealed his assets and gave  them to his lover can’t claim that he is unable to pay alimony, and that crossing the age of 70 doesn’t constitute a change of circumstances.