From Tokyo to Tel–Aviv: When Corporate Laws Transcend Cultural Differences

Although the common opinion is that the difference between Japanese culture and Israeli culture is miles apart, a close look at the countries' corporate laws reveals they are far more similar that one might think. Advs. Eliran Furman and Peter Sugarman of Yigal Arnon & Co. with a comparison of certain aspects of Israeli and Japanese Corporate Law. 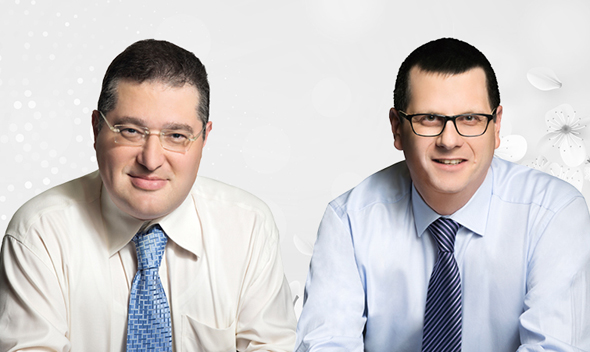 On December 4, 2019, the Diet, Japan’s legislative body, passed an amendment to the Japanese Companies Law. This amendment, which has been two years in the making, is the result of numerous consultations between the Legislative Council of Japan and the Japanese Ministry of Justice.[1] While the amendment touches on quite a few issues, this article will focus on three provisions that bear striking similarities to Israeli corporate law, most notably in the unifying principles underlying both the Israeli and Japanese laws that transcend cultural differences. These three topics are: (1) equity compensation to directors, (2) officer's indemnity, and (3) D&O insurance.

The Japanese amendment provides that shareholder approval is necessary for the issuance of stock or options to directors, the rationale being to protect the interests of the shareholders from being diluted.

Israeli law has a similar provision, but the underlying rationale is different. According to the Israeli Companies Law 5759-1999, a company’s board of directors is generally granted discretion in approving option grants and remuneration to management and employees. Accordingly, there is no obligation to attain shareholder approval for issuances of stock or options. However, in cases of directors receiving remuneration, there is a concern of self-dealing by the board of directors. In order to assuage this concern Israeli law requires that all remuneration received by directors (including stock or option grants) is subject to shareholder ratification after receipt of board approval

Therefore, we can see that while the underlying justification is dissimilar, the outcome is that both Japanese and Israeli law require shareholder approval when it comes to equity compensation to directors.

The Japanese amendment provides that a company may, with the approval of its board of directors, adopt indemnification agreements indemnifying officers of a company for (i) reasonable expenses incurred in dealing with suspicions of a violation of law or a claim on the officer's liability in performing his/her duties and (ii) losses incurred by the officer to compensate or settle with a third party for liability in performing his/her duties. The Japanese amendment further provides that an officer may not be indemnified, even should an indemnification agreement provide otherwise, in instances of losses stemming from the officer's willful misconduct or gross negligence in performing his/her duties. This is especially interesting given the widespread notion that Japan is not a litigious society and that being sued in court is an exceedingly rare event.

The Israeli Companies Law provides that a company may indemnify an officer for (i) a financial liability imposed on him in favor of a third party by a judgment, including by way of a compromise or court-approved arbitration award, and (ii) reasonable expenses incurred when (a) dealing with an investigation or proceeding against an officer where the indictment is terminated without a financial liability or (b) where the officer is charged but acquitted, or (c)  in the case of a criminal offense, where the officer is convicted of an offense not requiring a mens rea element.[2]

Israeli law, similar to United States (and specifically Delaware) corporate law, focuses on indemnification as method by which a company can attract and retain the services of highly qualified individuals. Without indemnification agreements, company officers living in highly litigious societies (like the United states and Israel) might become to nervous or anxious to act as required for managing the company and therefore would refrain from taking actions that may be in the bests interests of the company. In order to stem the fear of being sued in court as officers of a company, Israeli companies regularly provide indemnification agreements.

Like Japanese law, Israeli corporate law restricts the availability of indemnification to certain circumstances. While Japanese law prohibits indemnification for willful misconduct and gross negligence, Israeli corporate law implements a different standard: the duty of care and duty of loyalty. The duty of care is a fiduciary duty by which a director is required to make decisions reasonably and in good faith. The duty of loyalty requires an officer to be loyal to the company at all times, imposing responsibility to avoid conflicts of interest like self-dealing. Although a breach of the duty of care by an officer to the company may be indemnified, a breach of the duty of loyalty may only be indemnified if the officer acted in good faith and had a reasonable basis to assume the action would not adversely affect the company. There seem to be differing philosophies between the Israeli and Japanese systems underlying the need to allow indemnification of officers on the one hand, and placing clear limitations on the allowed scope of such indemnification on the other hand. This results in Israeli law placing limits on acts committed by officers in breach of their duties to the company (i.e. looking at breach of a duty towards the company), while Japanese law looks to willful misconduct or gross negligence as the basis for withholding indemnification (which seems to be based on a need to protect not just the company but also shareholders and even other third parties).

While the differences in rationale are clear, from a practical perspective it seems that the end result is not much different, as an act which would restrict an officer from receiving indemnification in Japan on the basis of gross negligence or willful misconduct is most likely to be deemed an act in breach of duties of faith and loyalty under Israeli law. Therefore, again we see two different philosophies resulting in similar rules.

Under the amendment to the Japanese Companies Law, companies MUST approve D&O insurance that names officers as insured and covers their liability in connection with losses from acts taken by such officers and, by extension, claims against the board of directors stemming from such liabilities.

While these different approaches to D&O insurance would seemingly result in a different result between a Japanese company (which is required to have D&O insurance) and an Israeli company (which is not), in practice the two systems are again more uniform. The reason is that in Israel it would be very uncommon from a cultural perspective to be an officer or director of an active company without insisting on D&O insurance, especially in Israel's litigious climate. As an example, investors often require early stage startups to acquire D&O insurance as a condition to investing and professional directors in more developed companies typically require D&O insurance as a prerequisite to becoming a director. Therefore, the difference between Japanese law and Israeli law in this instance is mainly theoretical.

As illustrated above, both corporate legal regimes touch on similar issues. At their core, the Japanese amendment and Israeli Companies Law demonstrate the ways in which similarities in the law can transcend cultural differences, emphasizing the issues and themes that can connect countries rather than separate them.

The authors are partners in the international department and head the Japan practice at Yigal Arnon & Co. The authors wish to thank Mr. Hajime Iwaki for his insights into the amendment to the Japanese Companies Act and for highlighting these important developments and Zahava Moerdler for her assistance in connection with this article.

[2]     It should be noted that Israel recently passed a new bankruptcy law: Israeli Insolvency and Economic Recovery Law, 2018, which deals with the issue of indemnification.