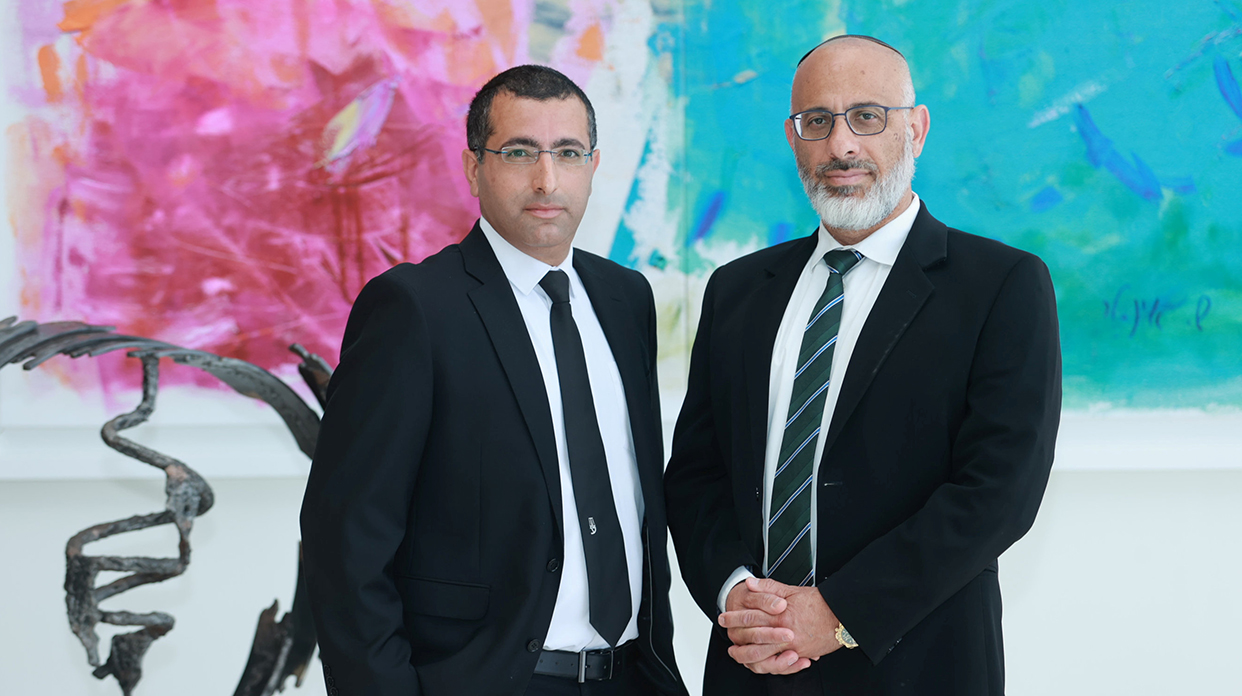 Fried-Gabay is one of Israel’s leading white-collar and criminal law firms. The firm’s leaders, Advocates Yehuda Fried and Tal Gabay, have an extensive and illustrious track record in representing suspects and defendants in a variety of criminal and white-collar offences. The firms’ clients and the colleagues of these two have been attesting to their meticulous work, professional and legal abundance and their uncompromising determination in the representation of their clients. All of the above led the firm to unprecedented achievements which positioned in at the front row of Israel’s criminal defense lawyers.

Adv. Fried heads the firm’s Criminal Department and specializes in offences of homicide, weapons, drugs, violence, sex and more. Adv. Fried has an LL.B., a B.A., Social Work and an M.B.A. He started his professional career in the Israeli Prison Service where he served as a prison officer and head of the education team in the Tsalmon Prison. During his work in the Israel Prison Service, he started his studies for an LL.B. He interned in the Tel Aviv District Attorney Office (Criminal Department).

Worldview: Nothing Can Stand in the Way of the Defense Attorney

The firm believes that a good defense attorney is measured by his/her ability to present a solid and reliable alternative thesis to the thesis that the prosecution presents. This requires creative thinking, innovation and determined striving towards discovering details and understanding them in-depth.

Advocates Fried and Gabay leave no stone unturned in their efforts to find the defense angle that would lead to the ac-quittal of the defendant. In many cases their experience and proficiency with the ins-and-outs of criminal law, and Adv. Fried’s in-depth familiarity with the work of the State Attorney come into play.

Motto: Victory is the Ultimate Value

Ever since the firm was founded in 2007, Advocates Fried and Gabay have been outlining a clear policy for the depth and quality of managing every case. They handle every proceeding as if it was a murder case, with the same reverence, from the understanding that the freedom of the suspects and defendants, the most fundamental and important basic right, is on the line. They work day and night to formulate the strategy of managing every case, a strategy that would lead for the best results for their client, to victory.

One of the firm’s notable advantages stems from its status as a boutique firm, which enables it to provide optimal legal service for each and every client. At the top of the firm’s priorities is the desire to guarantee close support and full attention for every client. Advocates Fried and Gabay lead the handling of every case personally and together, from a commitment to high-quality and uncompromising professional standards.

• The Former Chief Rabbi, Yona Metzger: The firm represented the Chief Rabbi in the largest bribery case that was ever filed against a public official, about NIS 10 million. In the framework of complex negotiations vis-à-vis the State Attorney Office, the indictment was significantly amended and an especially lenient plea bargain where he would serve a short prison term of only 3.5 years. This is agreement was formulated following substantial arguments that were presented to the State Attorney are regarded both the evidence aspect and the legal aspect of the bribery offence in which the rabbi was indicted. The best indication that this was a particularly lenient plea bargain is that in highly extraordinary move, the district court elected not to honor the agreement between the parties and extended the sentence to 4.5 years. The court added that if a plea bargain would not have been signed, it would have sentenced the rabbi to at least 7 years in prison. The appeal that the firm submitted to the Supreme Court was accepted and the sentence was determined to be 3.5 years.

• Malka Leifer: This was a precedential case from several aspects, first and foremost the fact that extradition proceedings were never stopped on the grounds of mental situation of the extradition candidate. Nevertheless, in 2016, about two years after the extradition proceedings started and after numerous procedures, the court determined that the proceedings must be stopped in light of Ms. Leifer’s mental state and the extradition request was canceled. About two years later, the State Attorney filed an application for renewing the extradition proceedings under the claim that Ms. Leifer isn’t mentally ill rather pretends to suffer from a mental illness. Following the application, two opinions were submitted by the district psychiatrist, stating unambiguously that Ms. Leifer is indeed an impostor and doesn’t suffer from a mental illness. After a complex evidence proceeding that was managed by the firm, a precedential ruling was given, and it rejected both of the psychiatric evaluations. However, the court decided to appoint a panel of experts which would give a final opinion on Ms. Leifer’s mental state. After the panel determined that Ms. Leifer is in impostor, the firm filed an appeal to the Supreme Court. The Supreme Court ruled that while Ms. Leifer’s mental state can’t prevent her extradition, it de facto overturned the ruling of the district court that Ms. Leifer is an impostor and ruled that this medical matter must be discussed and ruled in Australia and not in Israel. Accordingly, the Supreme Court also ruled that if Ms. Leifer would be found as unfit to plead in Australia, the State of Israel must bring her back to Israel immediately.

• H.B.: The firm is representing Mr. H.B. in an indictment of extraordinary scope which covers fraud and money laundering offences that amount to around NIS 1 billion. Simultaneously, the firm accompanies the extradition proceeding which is managed against Mr. H.B. in Italy.

Julian Sofir: The firm represented Mr. Sofir in a highly-publicized case, where he was accused of murdering an Arab taxi driver. The firm managed a long and complex trial, and claimed that Sofir isn’t responsible for his actions in light of mental illness. Several expert psychiatrists testified and were cross-examined in the proceeding, and eventually the court accepted the defense pleading and acquitted Sofir.

• Shmuel Shleider The firm represented Mr. Shleider, who was defending against a severe indictment of severe assault (a 20 years impris-onment offence) and other offense. The indictment argued that the defendant, along with others, actually lynched a woman who they believed belongs to a network of pedophiles that works in Jerusalem’s Nachlaot neighborhood. After complex legal proceedings the severe indictment converted to a minor offence of non-prevention a crime, with a lenient sentence of only 6 months of community service. 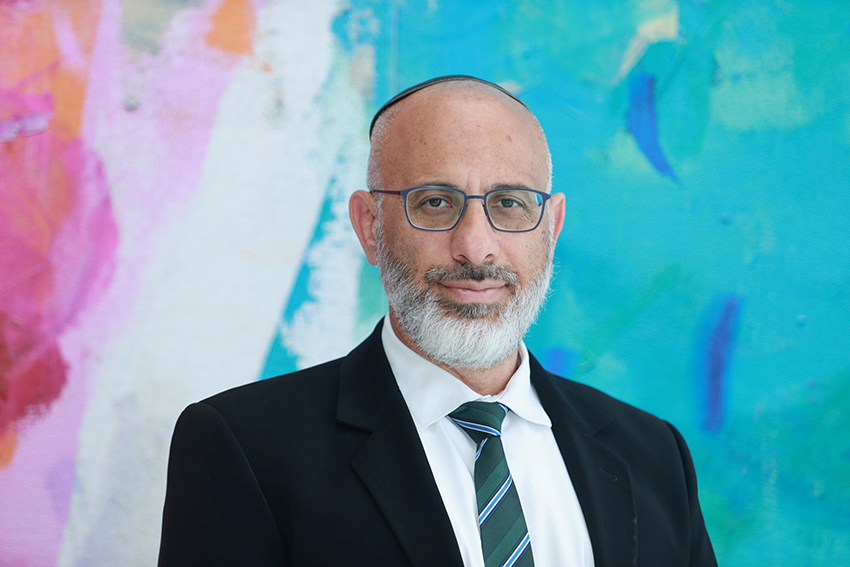 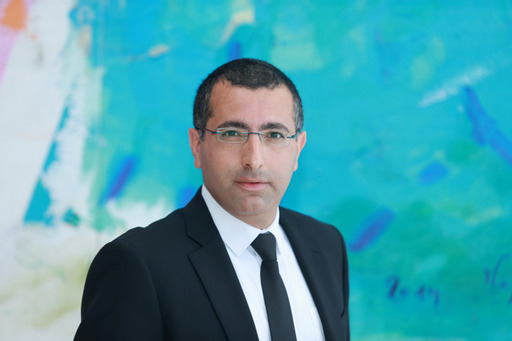 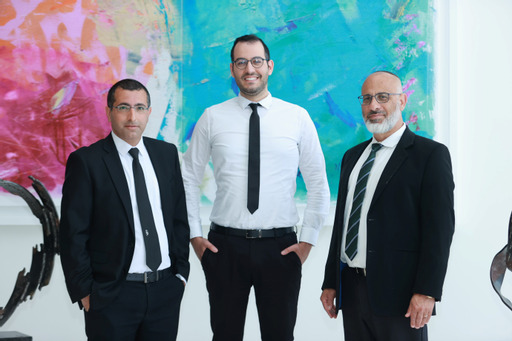