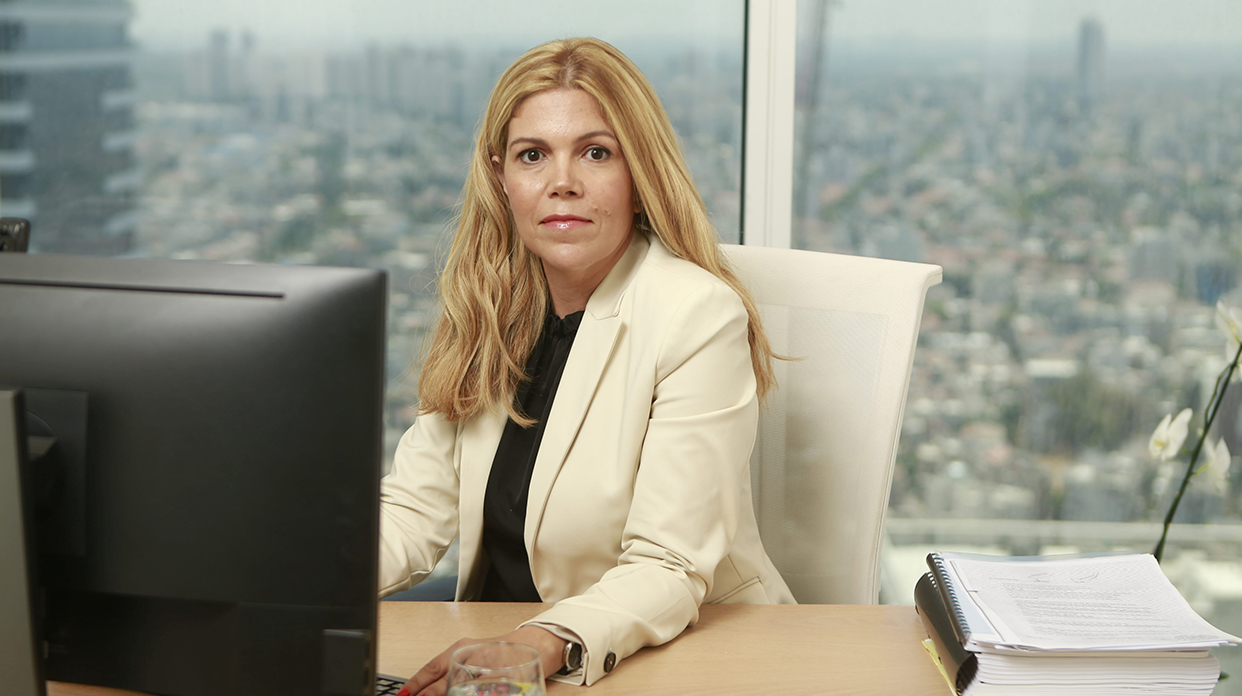 Liat Zach, Law Office is a boutique law firm that specializes in the full spectrum of family law including cases of divorce, custody, common law spouses, alimony and child support, division of property, nuptial agreements, joint living agreements, property claims, marital harmony, child abduction, etc. The firm has specific specializations in cases of domestic violence, representation of Israelis who reside abroad in divorces in the international legal field and in parental alienation claims. The firm also practices inheritance, including drafting wills, contesting wills, estate management, heirs claims and alimony from the estate. The firm was founded by Adv. Liat Zach, a seasoned legal expert with 20 years of accumulated experience in family law, divorce, mediation and criminal law, and to date it has accompanied hundreds of complex cases in courts of all levels while creating legal precedents and achieving noteworthy victories.

Separating the Wheat from the Chaff

Adv. Zach has an LL.B. and an LL.M. with honors, has been a member of the Israel Bar Association since 2003, and is a certified mediator. Before founding her private firm, Adv. Zach was a partner in one of Israel’s leading family law firms for more than a decade, and she also interned in the State Attorney Office and the Ministry of Defense. Liat represents her clients in the family courts, the rabbinical courts and the appeal courts, and she selects the cases that she handles very carefully, with the ability to see the macro perspective in every case. This capability enables Liat to understand the material anchor issues which are uncompromisable, and the more negligible issues, that by agreeing on them a fast overall agreement can be reached to the satisfaction of both parties.

Representation from a Sense of Mission

In light of the fact that divorce proceedings are emotionally and mentally difficult and complex, especially in cases where children are involved, Adv. Zach arrives to her office every day with a sense of mission to help her clients reach an appropriate agreement as fast as possible, to divorce and start a new and happier life for them and their children. The firm is characterized by the personal attention it pays to each and every client, the full availability, the vast experience in negotiating and drafting agreements and also in representation in complex proceedings in the courts and the rabbinical courts. The firm’s guiding principle is to aim to reach an agreement that respects both sides, in order to continue and raise the children in a joint and friendly manner also after the divorce proceedings are completed.

In light of her desire to settle the divorce proceedings as best as she can, Adv. Zach created a unique method for reaching marital peace before filing formal divorce proceedings. This is done only in cases where it seems that the disputes between the parties can be mediated and the marriage and spousal relationship can continue. In the framework of this unique method the parties arrive to meetings in combination with parents guidance and the construction of a combined agreement which includes a future separation agreement in case the marital harmony would not succeed. In the framework of this counseling, Adv. Zach prepares a rational nuptial agreement for both of the parties, which would serve, in a case where the marital harmony attempts would fail, as a solid and fair economic infrastructure for the continued separate lives. This method has proven itself over the years and many couples who reached the firm with the intention of getting a divorce, found a common language and currently live in a loving and harmonious relationship. Other couples, which decided to end their relationships, managed to do so in a friendly manner, so that the children’s interests were protected and the spouses have a valid agreement that facilitates the divorce.

Expertise in the Field of Parental Alienation

Liat greatly believes in the importance of joint parenting and has made a name for herself as an expert of the phenomena of parental alienation, where one of the spouses severely maligns the children against the other spouse. Adv. Zach is very proficient in the latest legal tools which are derived from the new Supreme Court Procedure for handling parental alienation, and in light of her deep understanding of this field and her vast experience in such lawsuits she lectures and manages forums and seminars in this area in the Israel Bar Association’s Central District. She also receives parental alienation cases which are referred to her by external firms.

The Duty of Good Faith in the Race of Jurisdictions Between Israel and Germany: The firm won a court decision in the Petach Tikva Family Court, which determined that the appropriate forum for adjudicating the matter of two Israelis would be in Germany (where the family resided in the past few years due to a relocation) despite the fact that the wife was the first to file proceedings, for a dispute resolution proceeding in Israel. Our firm applied for a court decision that the appropriate forum for adjudication would be in Germany and argued that the wife lacked good faith in her conduct, by failing to provide the husband with the lawfully required copy of the dispute resolution application and to appear to the initial “Information, Acquaintance and Coordination” (“Mahut”) meeting, as required by the new regulations. The court accepted all of our arguments and ruled that the wife should have provided the request for dispute resolution as lawfully required and that when taking into account all of the situation’s aspects, the husband met the burden for proving that another forum would be more appropriate to adjudicate their matter, in the family court in Germany.

Determining Israeli Jurisdiction In the Framework of Managing Proceedings Simultaneously in Israel and the U.S.: The firm represented a woman after relocation to the U.S., and won a decision which determined that the appropriate forum for discussing custody proceedings would be in Israel.

A Father who Received Full Custody of His Children and even an Approval to Immigrate to Europe with them: The firm represented a father in a divorce dispute that revolved around the custody of two young children. After 4 years of legal proceedings and a parental capacity assessment the father won full custody of both children and the appeal that the mother filed was denied. About a year later the firm represented the father again, this time is an application to immigrate to Europe with his children, and the mother’s appeal was denied also in this case and the court decision enabled the father to immigrate with his children.

Reduction of Child Support to a Considerably Lower Sum than the Provisional Sum: The firm represented before the Tel Aviv Family Court, a father who asked to reduce the provisional child support that was set for him, NIS 7,000. At the end of the proceeding, the court decision was that in a case of a joint custody, even when there is a large earning gap between the father and the mother, in light of a previous ruling of the Supreme Court the father’s child support payment must be reduced to only NIS 1,500 for three children.