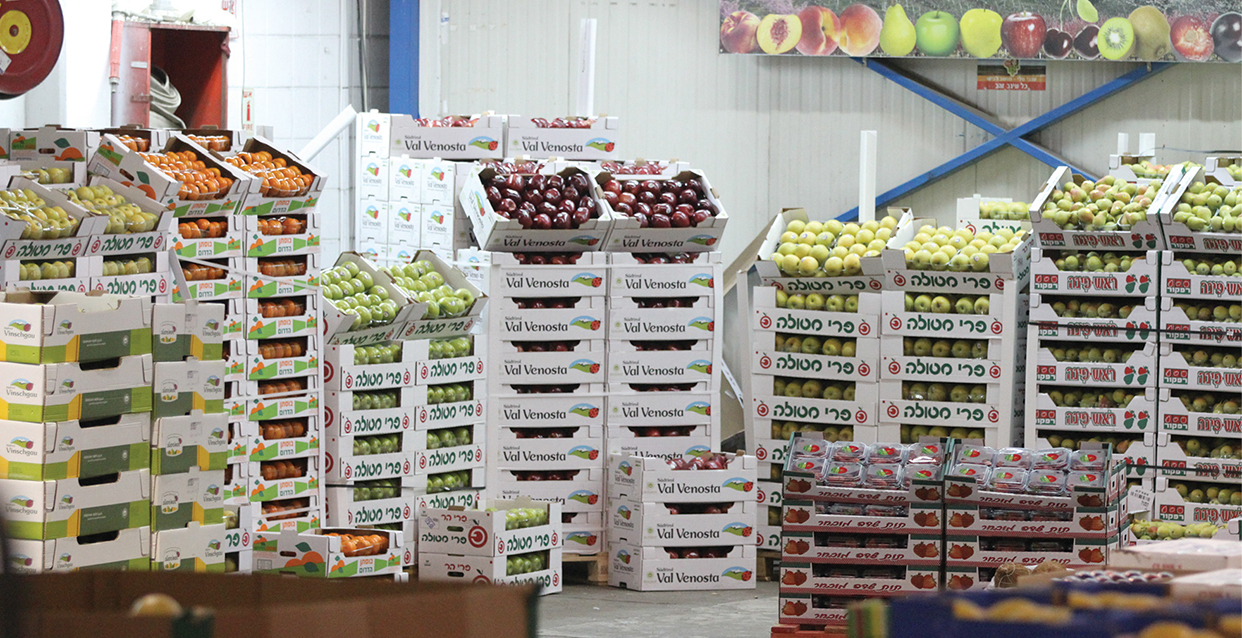 Mehofit Ltd. is one of the largest fruits and vegetables wholesalers in northern Israel, and oldest business that has been managed continuously by the same family – for four generations – in the Israel Fruits and Vegetables sector. The Rabino family entered this field in 1927, when Eliyahu and Yaakov Rabino opened the first and only Jewish store at the heart of Haifa’s old Arab Market, a store which sold agricultural produce to the growing Jewish community. Following the 1929 Massacres, the store was moved to a new location, from which it continued its successful operations.

In the early 1930s, following an expansion in its operations, the Rabino Brothers joined Bnei Moshe Kuris Ltd., a company of longstanding wholesalers from Tel Aviv, and founded a partnership: Bnei Moshe Kuris&The Rabino Bros. LP, which was active in Haifa, Tel Aviv and Jerusalem. The partnership imported fruits and vegetables from all over the world, with a branch in Beirut from which dozens of trucks arrived at the Haifa area in order to distribute the products, and reefer ships that brought fruit to Haifa Port, mainly from the U.S. In addition to its important role in maintaining the ongoing supply of produce to the markets, the partnership assisted the construction of the developing state in several other channels, including defense assistance, and even gained official recognition for this assistance after the State of Israel was founded. The partnership continued its prosperous operations until Haifa’s Wholesale Market was founded in 1958, when it was dissolved, while the Rabino Family took its operations in Northern Israel, which continued continuously to this very day.

Mehofit receives agricultural produce from a diverse suppliers’ base that includes leading packing houses and marketing companies from all across Israel, and also imports apples and pears from the U.S. and Europe, and supplies them to customers throughout Northern Israel, including markets, greengrocers, institutes and private retail chains in the Jewish and Arab segments. The imported produce is also marketed to wholesale markets throughout Israel. The company maintains a broad variety of fruits and vegetables in order to meet all of its customers’ needs, with high-quality products that match the requirements of every customer.

Shmuel Rabino was active in the company for more than 40 years, of which roughly 40 years as its sole manager and living spirit, since his father passed away and his uncle retired in the late 1960s. In addition to his keen, prudent and devoted management, which enabled to company to jump over hurdles such as the economic crisis of the 1980s, Shmuel was also active in public activities, through the management and promotion of the interests of the Wholesale Market in Haifa and the North, out of concern to the interests of the entire public, often at the expense of his professional career and personal life. He had been active in Haifa’s Chamber of Commerce for many years (the Rabino family has been a member of the Chamber for more than 90 years) and received its most prestigious award, The Lifetime Achievement Award. He worked in the company almost until his very last day, and left a considerable and important legacy both to its next generation and to all of the public members who knew him. The appreciation of his work is well-demonstrated in the Vegetables Growers Esteemed Award, which he received from the Council of Vegetable Growers even though he wasn’t a member of it. The current CEO of the company, Mr. Roi Rabino, Shmuel’s grandson and fourth generation in the company, is active in it since 1997, and started taking its reins gradually since 2000, while absorbing the values of the Rabino Family, the family’s longstanding behavioral and commercial model and the professional and managerial experience directly from Shmuel. Since 2015, he has been proudly holding the Rabino Family’s flag, in accordance with the values of the founders’ generation, as adjusted for the needs of the 21st century.

Mehofit’s operations are based on the tradition and values of the Rabino Family, which has been proving themselves for almost a century and are shared by all of the business’ levels. In a nutshell, the managerial values are summarized in Shmuel Rabino’s expression: “A fruits and vegetables merchant needs three things: 4 walls, a weighing scale, and a good name”. The company’s good name and reputation serve an essential role in its continuous success, and it maintains its strong relationships with its suppliers and emphasizes their interests, since their satisfaction is critical. The company sees itself as the companion and partner of every growers, packing house and cooperative, and acknowledges its responsibility and commitment to those who send their property – the produce – through it. The company’s uncompromising business continuity leads to a strategic and forward-facing managerial style, which constantly remains one step ahead of the market and navigates the company prudently, with advanced planning and measured risk-taking. This in spite of the fact that the ongoing operations in the field are dynamic and characterized by fast developments, that require keen business senses, extensive information processing and fast decision-making under stress. The combination between its field experience and its rational strategic planning enables the company to adapt and adjust to the contemporary reality and handle the changes and trends in the wholesale sector.

In order to provide comprehensive services to customers from the catering and restaurants segment, the company established a logistical subsidiary that specializes in reliable, fast and customized daily supply of fruits and vegetables, and currently supplies produce to more than 200 customers on a daily basis from Kiryat Shmona to Central Israel.

Following the Corona Virus pandemic and the quarantine restrictions, we aligned a new delivery service straight to the customer door. This service is still active, and allows us to provide hundreds of people fresh produce using a user friendly app. This solution corresponds with our values and policy, in which we adjust our services to the time period, as well as to the reality that we all live in. 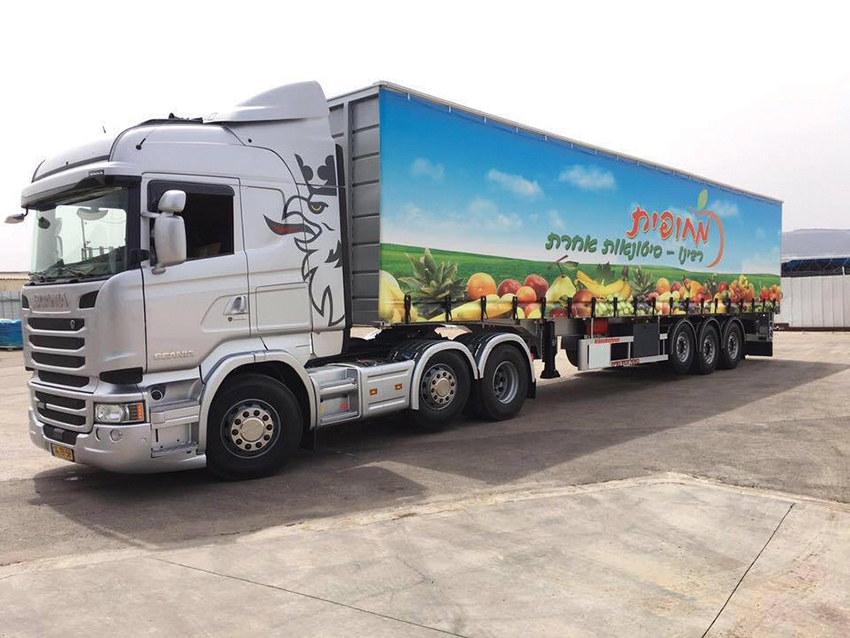