Ranking within Military and Security Law 2022 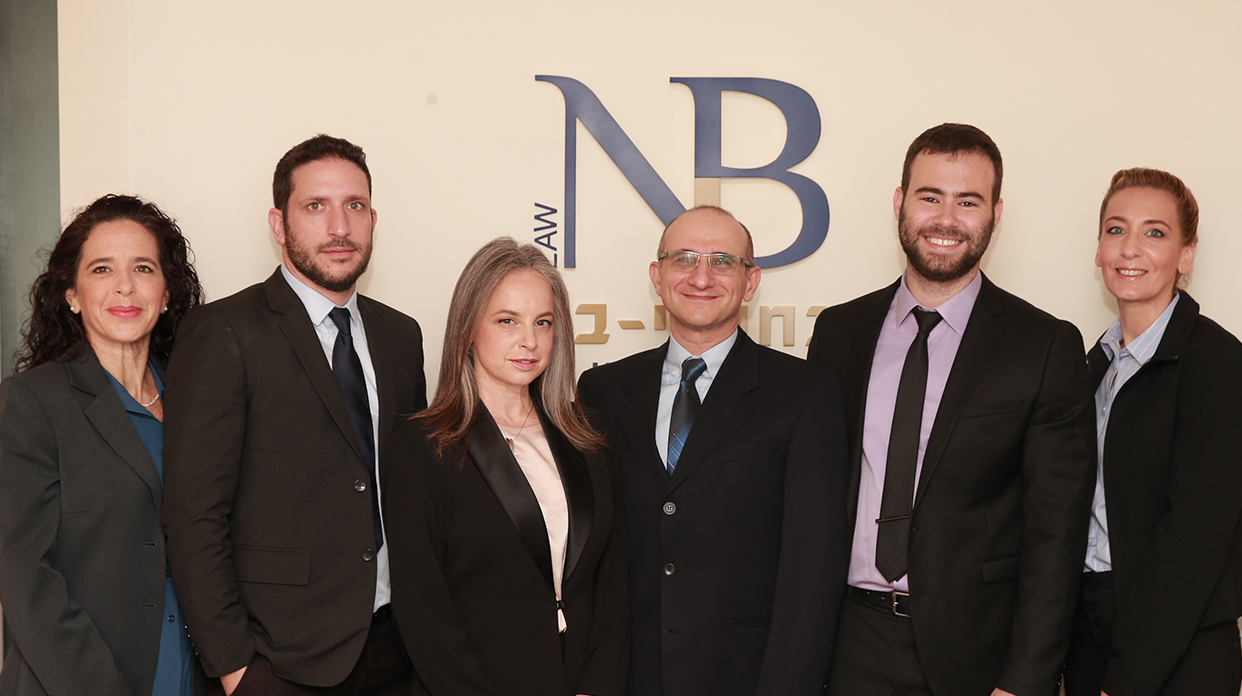 The meeting point between criminal and
labor law, career management and administrative law is the unique practice area of the boutique firm Nahmany-Bar, one of Israel’s leading law firm in the interdisciplinary field of criminal, military-defense and administrative law. The firm includes a team of five leading lawyers, including former senior officers of the IDF’s legal system, headed by Adv. Efrat Nahmany-Bar (Lieutenant Colonel (res.)), a renowned legal professional with 27 years of experience, who represented countless officials in the security forces, government branches and business sector, including senior officers of the IDF and the security establishment, the prison service, the Israeli police, and executives and senior officials in government ministries, public authorities, academic institutes, private and public corporations, etc.

A Team with Expertise in Military and Defense Law

Alongside Adv. Nahmany-Bar, the firm employs Col. (res.) Adv. Sharon Zagagi-Pinhas, the former Chief Military Prosecutor, Lieutenant Colonel (res.) Adv. Mark Pery who served in major roles in the Military Prosecution including Deputy Chief Defense Attorney, Major (res.) Adv. Lior Shtelzer, who served, inter alia, as a military prosecutor and territorial command military defense attorney and represented in various criminal, administrative and disciplinary proceedings in the civil sector, and Capt. (res.) Adv. Alon Porat an officer and commander in a combat unit in his reserve service. The team has vast experience in representing in complex cases with operational and defense aspects, in training accidents, and in defense-related ethical issues. The firm’s lawyers have the highest security clearance and they represent, among others, security forces personal and in classified affairs in the IDF and the security arms. In the past year the firm led a revolution in the rights of IDF soldiers in disciplinary actions, after it filed precedential Bagatz appeals, to enable representation for IDF soldiers in serios disciplinary proceedings. The Israel Bar Association joined this appeal as a friend of the court. Following the appeals, the IDF admitted for the first time that it acknowledges that the current situation isn’t appropriate and that the rights must be expanded. After another hearing the Supreme Court accepted the firm’s request and ordered to suspend the disciplinary proceedings of all who would request it until the regulation would be amended.

Multi-Layered Representation for Officials and Officers

The firm is reputed for its tremendous legal knowledge, first class litigatory capabilities and longstanding experience in and out of various legal tribunals, in multi-layered representation in cases that include criminal, civil, administrative and intra organizational disciplinary issues. Accordingly, it has complete mastery of the intricacies of the internal disciplinary procedures of the IDF, the Israel Police, Israel Prison service, State Officials and the Federation of Local Authorities. The firm also provides services to Tel Aviv University and National Ethics Committee of the Israel Bar Association in this context.
Commissions of Inquiry - The firm has been involved and represented under warning officials in every CoI in Israel since the Second Lebanon War CoI, including the Murder in the Pride Parade CoI. The firm is currently accompanying under warning officials in the CoIs for the Meron Disaster and the Gilboa Prison Break.

Another prominent advantage of the firm is its capability to explore the deep intra organizational politics of the system that employs the client and manage the crisis intelligently and sensitively as to enable the official to return to their workplace smoothly when the affair is over. Adv. Nahmany-Bar is a certified mediator, another advantage for solving such crises discreetly and optimally. The firm is highly experienced in managing crises in the media, when necessary.

The firm has very extensive capabilities and experience both in litigation and in negotiations and is distinct in its ability to match the legal strategy – firm and mediatory – for each case.

The firm masters the representation of homicide and sexual assault victims both in civil and criminal proceedings. Victims must face both their attackers and large organizations such as the defense establishment and law enforcement. Over the past year, it led several revolutions in the rights of victims, including recognition of the victim’s right to be heard regarding the charges.

Adv. Nahmany-Bar is the former Deputy Military Defense Attorney, and also served in a variety of senior prosecution roles. She accumulated vast experience and knowledge through appearances in thousands of criminal cases in the fields of military law, administrative law and labor law, including very complex cases. She served as the IDF’s representative in the Knesset for all aspects of the Sexual Harassment Prevention Law, founded the criminal department of the Antitrust Authority. She lectures in the IBA’s Military and Defense Law courses and training, and in seminars of legal professionals in the IDF, and is considered to be a popular interviewee and commentator in the media. She has an LL.B. and an LL.M. (cum laude) from Tel Aviv University.

The firm maintains its clients’ discreetness meticulously, yet by nature some of its cases receive extensive media exposure, including: A revolutionary Bagatz appeal for providing soldiers with the right for representation in disciplinary proceedings: An historical achievement after the Supreme Court ordered the Military Advocate General Corps to review and update their policy. A precedential Bagatz appeal in the name of a bereaved family with the demand to convert the charge against a shooter to a 2nd degree murder in lieu of the current charge of manslaughter: Succeeded and was accepted. Representing the Family of the Late Lital Melnik who was murdered: verifying that the defendant would be charged and not released, and that the proceedings would remain public and publicized. Representation of Kim Arad who was sexually abused by the psychologist Yuval Carmi.
Representing the Family of the Officer who died mysteriously in the military prison. Representation of a soldier who is indicted for killing Iad AlHalak in the old city- “Lions Gate” case. Representing the Israel Bar Association on a principle matter before an extended panel: To what extent can the criminal court criticize the criminal prosecution (Rafi Rotem vs. The State of Israel). Representation in a civil lawsuit of a large group of female soldiers against Lt. Col. Dan Sharoni who is accused of photographing them and invading their privacy. Representing an officer in an elite unit whom the system tried to blame for the injury of the fighter Ilay Hayut, who jumped from a vehicle in the framework of training. The comprehensive assistance led to the closure of the case against our client. Bagatz Representation of one Cop in the Um El Hiran Affair: The appeal to prosecute him (and others) - was denied.