Legal services in the field of family law and divorce 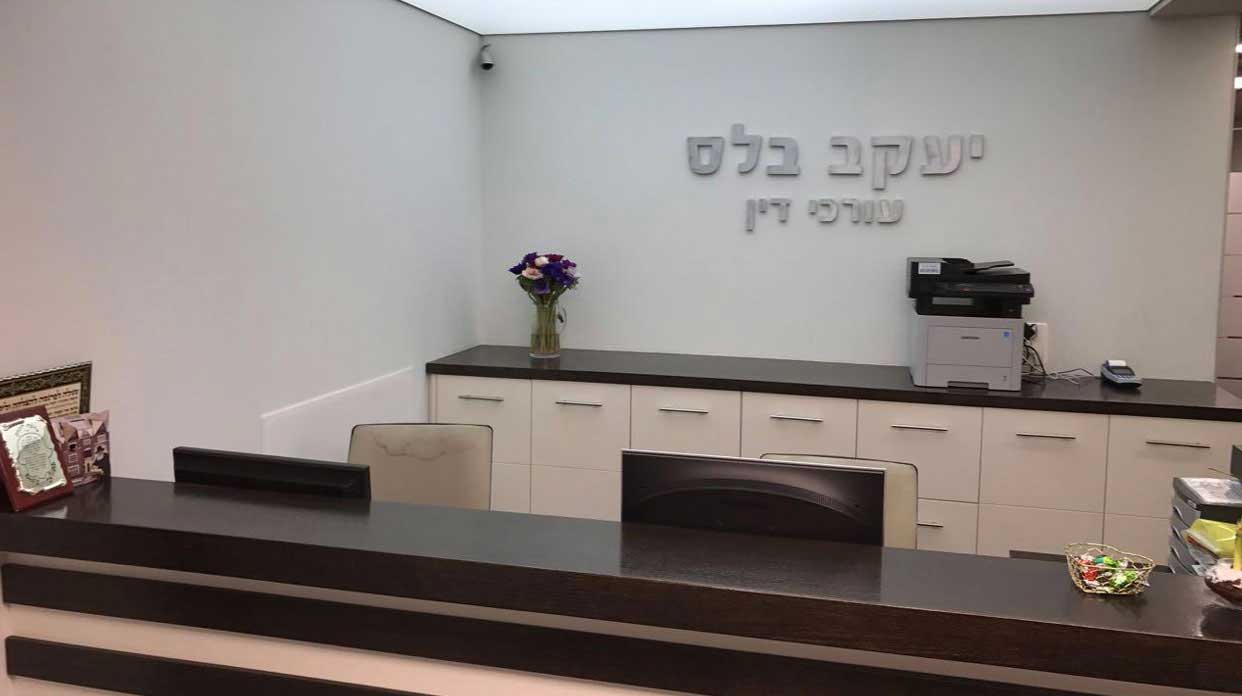 Yakov Balas Law Office & Notary is a renowned and leading boutique law firm in the field of family law offering a broad range of legal services in divorce, drafting divorce agreements, prenuptial agreements, visiting rights, alimony, dividing property, common-law spouses, etc. The firm offers end-to-end solutions from routine legal support, drafting agreements and submitting opinions, to managing lawsuits skillfully in all courts including rabbinical courts, family courts, and the Supreme Court.
Yakov Balas has many years of experience in successfully managing thousands of divorce and family law cases and major and breakthrough achievements on which rulings are based today.
Yakov Balas strives for maximum personal involvement in all aspects of cases he conducts by deeply investigating details of the case, precisely analyzing evidence, and building a strategy successfully supporting the claims in every possible scenario.
As a rule, the firm strives for agreements to the client’s satisfaction although when necessary, it works determinedly in the courts to obtain the optimal results possible. Yakov Balas supports clients through a personal, empathetic and available approach, an approach that involves the client in each stage of the process from taking decisions to implementing them.

LL.B. Tel Aviv University qualified as a lawyer in 1996. Expert in planning divorce strategies. Responsible for several family law legal breakthroughs and precedents including the “Ben-Ami ruling” “apartment ruling” and “support for a rebellious child” (father’s not an ATM). Impressive record as a legal commentator on TV, starting from appearances on Channel 2 and up to appearances in current TV channels.

Divorce
Yakov Balas provides legal services in divorce, appearing in rabbinical courts. He accompanies the client with sympathetic support, step by step, in this sensitive, tense filled period.
Yakov Balas assists his clients even before notification of the intention to divorce was served to the other party and directs clients to the best results, inter alia, through constructing the right strategy and swiftly gathering evidence and investigative materials. This is done mainly due to the race for authority to give authority to the rabbinical court or family court.
Yakov Balas then assists in court proceedings as a professional mentor skilled in implementing these proceedings. In situations where children are involved in the divorce proceedings, Yakov Balas sees the good of the children at the heart of decision making and strives to end negotiations as quickly as possible and obtain the best conditions for them without involving them in proceedings.
The firm’s services in divorce law include appearing in the rabbinical court, family court, and appeal courts. The firm handles every matter pertaining to child support and wife support, custody of children, cheating, dissolution of marriage, refusal to grant a divorce, abandoned wives (agunot), drafting agreements of all types including divorce, prenuptial and marriage agreements, and arrangements for dividing property.

Family Law
Yakov Balas has the experience and reputation as one of Israel’s outstanding family law lawyers, specializing in supporting and representing clients in genealogy, marriage, divorce, parenthood, inheritances, wills, etc. consultancy services are rendered in a range of instances including adoption and custodianship, common-law spouses, domestic violence, orders to execute wills, contesting heirs and drafting wills. Yakov Balas is a professional address supporting clients in all stages of proceedings, personally adapted to each client’s unique needs.

Alimony
Yakov Balas is skilled in representing clients in support that serves the basic needs of children. The firm specializes in managing the different types of alimony including calculating support, increasing or reducing support, joint custody and support, collecting support and alimony for wives.
In the field of alimony, Yakov Balas has achieved several breakthroughs, precedent-setting rulings:
Minors support ruling (2015) “Father’s not an ATM” – for a child refusing to meet his father. This ruling set that a father is not obligated to pay the full amount of child support to his ex-wife, and the sum remaining will be kept in trust until the child agrees to meet his father.
Minimum support (Ben-Ami ruling) – In a precedent District Court ruling achieved by Yakov Balas, minimum monthly child support is NIS 1,250, which must be paid even if the father does not earn enough. The Ben-Ami ruling has had a substantial impact on many legal discussions about calculating support and provides a minimum threshold governing a minor.

Drawing up Agreements
Yakov Balas Law Firm provides services for drawing up a range of agreements including prenuptial, family reconciliation, division of property, visiting rights, and life partnership agreements and more.
Yakov Balas applies know-how and skill in his acquaintance of the various rulings about each field and draws up the best agreement for each client while striving to reach a compromise by both sides.
Yakov Balas achieved a precedent-setting ruling in the Supreme Court for dividing property in which an apartment owned by the husband before the marriage will be equally divided between the parties, contrary to what is stated in the Financial Relations Law.
Yakov Balas Law Firm claimed that although the apartment was not registered in the woman’s name (represented by the firm), her contribution to the home during the period of the marriage when it was her home and she raised the children, entitled her to a percentage of the ownership. This ruling was upheld, despite the appeal lodged by the husband, which was entirely dismissed by the court.