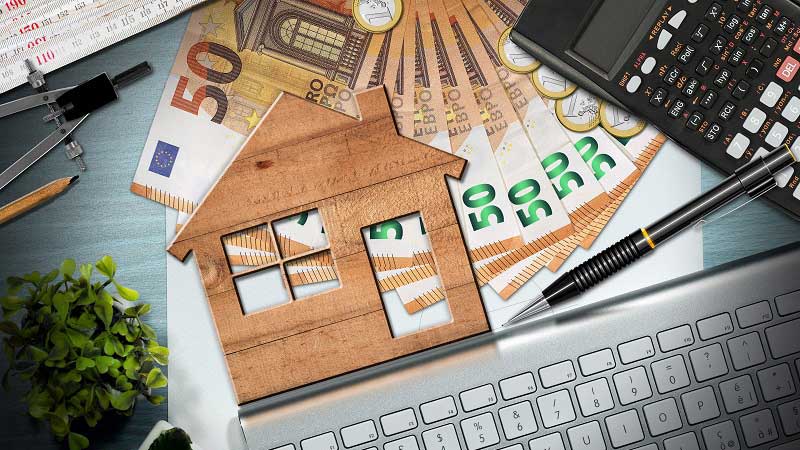 Milan and Rome represent the most important markets for real estate investments in Italy. Milan being a major Italian economic and financial centre on a European scale, maintains a strong position as the favourite destinations for all types of investors and is expected to further its growth with a new additional line to its subway underway (official inauguration date is set at 2022) and as the host of the winter Olympic games in 2026 alongside Cortina. Rome as Italy’s political capital is considered the second most important city in the Italian market.

The residential construction activity in Italy has increased by 5.0% during 2018 (in the first half of 2018 there were 13,000 more transactions than in the same period the previous year). However, prices of residential houses have fallen by 0.4% last year. This trend is opposite to other European countries, where the growth of prices is at least 4.3%.

The exception to this trend can be seen in newly constructed properties, which during 2018 recorded a 1.2% growth in both prices and demand with respect to the numbers of the previous year.

Conversely, the value of old residential houses is dropping dramatically, mainly due to the quality of older properties, which have not been renovated for decades.

Currently the average interest rates on mortgages is still very low (approx. 2% in January 2019). That said, the mortgages market remains relatively small due to a very cautious approach taken by Italian financial institutions following the 2007 crisis.

The highest average prices per property are recorded in Milan, which remains Italy’s premier real estate market in terms of number and volume of deals. In the first half of 2018, 12,170 transactions were recorded, representing an increase of 2.8% over the previous year. Milan’s residential properties’ market is growing rapidly up to the point that it may not satisfy the demand of new homes within the next five or ten years.

Rome has not been able to replicate the results and prices seen in Milan, which are significantly lower. However, Rome’s real estate market remains the primary one in Italy in terms of number of residential transactions, recording 15,600 transactions in the first six months of 2018. The number of real estate properties absorbed in 2018 is higher compared with the amount of transactions recorded in 2017, but the majority of them concerned domestic assets. The focus of this market is shifting to the requalification of the peripherical urban areas around the city, where investments are gradually increasing.

Investments in the commercial real estate market, are estimated at €3.2bn in the first half of 2018, representing a decrease of 44% compared to the same period in 2017. According to such numbers, the offices sector remains highly lucrative, representing 33% of the total amount of investments (amounting to €1.06bn). Legging behind is the retail sector, which had a significant growth compared to the previous year: from 22% to 31% (amounting to €1.02bn). These are followed by the industrial & logistic sector (representing 16% of the total market) and by tourism - hôtellerie sector (representing 6% of the total market).

In terms of retail driven investments, 2018 represented a positive trend especially around shopping centres and retail parks. This trend is recorded in all the major cities across Italy

Milan maintains its market lead also in tourism, both with respect to building of new hotels and renovation of existing ones. The main deals completed over the past two years included the 4-star NYX Hotel (300 rooms),next to the Central Station, the 5-star Westin Palace Hotel (227 rooms) in Piazza della Repubblica, the 4-star M89 Hotel (55 rooms),the 5-star VIU, near the Monumentale metro station and the 5-star Savona 18 suites in the Navigli district. Demand is expected to remain high over the coming years with circa 1,500 rooms expected to enter the market. In Rome, this market is focused on acquiring luxury asset in primary locations, even though the demand of 4- and 3-stars category has recently increased.

In conclusion, the Italian real estate market is living a rebirth, mostly in the centre-northern cities.