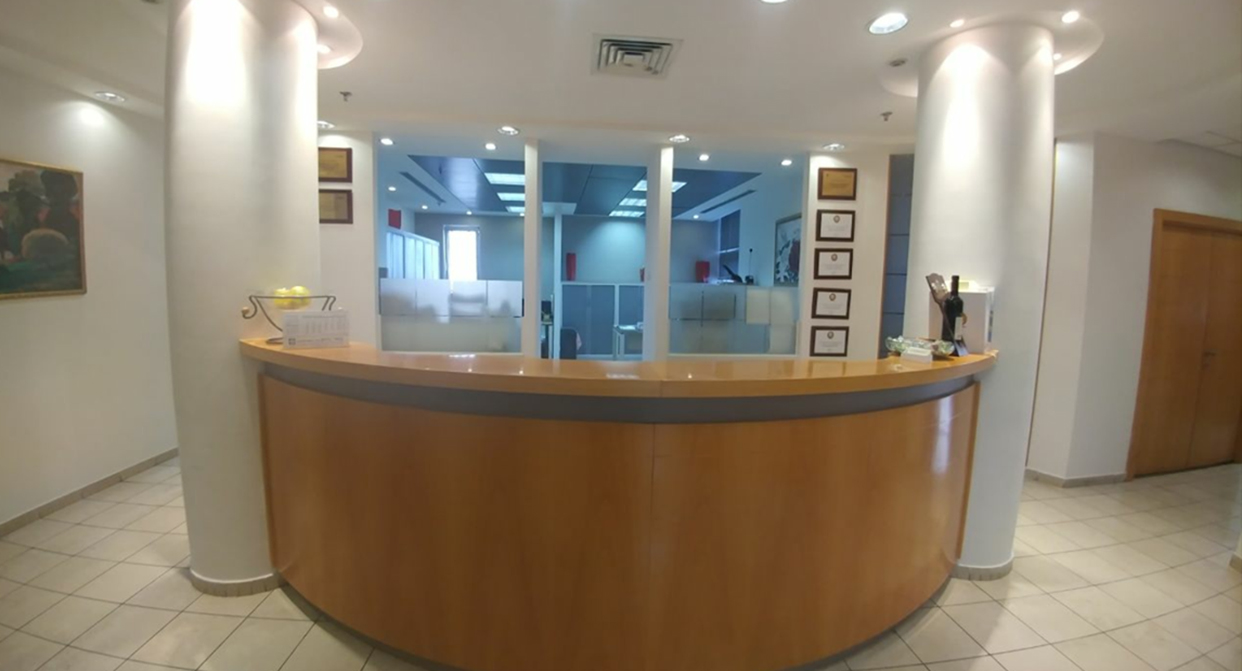 The office of Avi Goldhammer & Co. is one of the leading and esteemed law offices in Haifa and the leading office in Israel in the field of local authorities. In 2014 and 2015, the office had been consecutively rated by D&B as one of the top offices in the field of local authorities. The office was established in 1979, and since 1990 it represents a large number of local authorities on a regular basis, including the municipalities of Nahariya, Nazareth, Kiryat Yam and Kiryat Motzkin, the local councils of Jezreel Valley and Rekhasim, as well as planning and construction committees, the Haifa District Municipal Association for Environmental Protection and the Galilee Development Authority, and “Yamim” water and sewage corporation. The office also engages in land laws (including TAMA 38 and real estate taxation), corporate laws, corporations, business ventures, torts, and medical malpractice. It represents a large variety of Israeli and international companies, as well as private clients in those matters. The office has approx. 13 employees, of which 9 are advocates.

The office specializes in litigation and appears before all instances, including the Supreme Court and the National Labor Court; it also represents clients in arbitration proceedings. The office’s main fields of expertise are:

The office provides representation and advice in a whole range of topics in the field, including financial tenders and employee absorption tenders, labor law, negotiations, and contract drafting, municipal property, and other taxes and levies, planning and construction, the performance of municipal projects and contracts with service and equipment providers, etc.

Land and Real Estate: The office provides current legal counseling and representation in the real estate field, including drafting real estate agreements, handling apartment and lot transfers, and registration and transfer of real estate properties, and it represents many housing companies and contractors, including TAMA 38 projects. The office also specializes in the various aspects of real estate taxation.

Class Actions: The firm specializes in the representation of both plain plaintiffs and defendants (institutional or otherwise) in class action suits.

The office has participated in a large number of important cases, some of which had attracted wide media coverage, and achieved significant precedents. Below are some of the notable achievements and cases:

Cancellation of the Elections in Nahariya – The office represented Nahariya’s mayor who lost the 2003 elections. An appeal for cancellation of the elections was filed and the demand to cancel the elections leaned on the claim that they were tainted by-election bribe. The Haifa District Court, by its president, his Hon. Justice Lindenstraus (his title at the time) accepted the appeal, and the Supreme Court rejected an appeal against it. That was the first time in which elections had been canceled at a town of that magnitude. Afterward, the office succeeded in the cancellation of elections in three other local authorities – Beit Zarzir, Peki’in, and Arabe.

Y.A. ALON v. Israel Land Authority – A petition to cancel decision regarding winning a tender. The petition was accepted and the winning has been restored.

Mifram Ltd. v. Tiberias Municipality – An appeal to the Supreme Court in order to disqualify a tender offer due to a benevolent bank guarantee. The appeal was granted.

Significant Cases in the Past Year

Yigal Hacker and others v. Broner Yehuda – A claim to enforce a political agreement between party members of a party that ran in the municipal elections. Our firm represented the defendant. The court rejected the claim, stating that this was an unenforceable agreement, among other things.

Y.A. ALON Construction Ltd. v. The State of Israel: Israel Land Authority – A claim for the loss of profit as a result of an illegal decision made by the tender committee to cancel the plaintiff’s winning of a tender. The procedure ended in a agreement according to which the State paid the plaintiff a sum of NIS6.75 million.

Mazliach Zeevi Infrastructure, Development and Initiation Ltd. v. the Municipality of Tirat HaCarmel and others – A petition against the decision of the tender committee of winning another winning tender. In its decision, the committee ignored the mechanism of choosing the winner as determined in the tender conditions. The decision of the committee was supported by a legal opinion. Notwithstanding, the court accepted the petition, instructed to cancel the winner’s win, and returned the discussion to the committee while instructing to act according to the tender’s conditions, which led to the plaintiff’s winning of the tender.