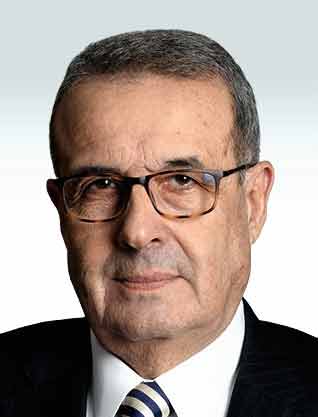 Which is the most significant case that you led recently?

In the past year, there were two significant cases related to securing workers’ rights. The first has been completed and the second is now at its peak:

This struggle is unique in that, if successful, employees will be able to prevent corporate shareholders from selling their shares in a manner that would eradicate the corporation. We are currently waiting for the opinion of the antitrust officials concerning the ramifications of the expected merger on the competition between the banks.

In your opinion, what are the firm’s most important strengths?

The firm is a pioneer in assembling integrated teams of lawyers, economists, lobbyists and media experts who deal with work-place crises, starting from the earliest stages before a labor dispute is declared and up to the signing of a collective agreement. This initiative results from our understanding that a successful organizational dispute must involve comprehensive professional planning, and that the dispute’s outcome and achievements require a combination of legal, political, economic and media efforts.

What are the main activities that the firm undertook recently that will spur its growth in upcoming years?

We expanded our cooperation with the Banka company, which I own and which offers support services to workers’ unions on a range of subjects: finance, media, pension consulting and internal audits, as well as increasing clients’ awareness of the importance of obtaining comprehensive information prior to making a decision.

At the same time, the firm expanded the range of services it offers in the wide-ranging field of Labor Law, as well as pension and social security consulting. The firm also deepened its involvement in the fields of legal hearings and worker abuse, and increased the number of lawyers who specialize in these issues.

This model ensures that the firm will concentrate on all aspects of labor law, providing numerous cases in the long-term, even when certain fields, such as public law, will experience fewer labor disputes when collective national labor agreements will block such disputes for a long time.

What are the firm’s principal challenges in upcoming years?

Preserving the firm’s status at the top of Labor Law, representing employees, and maintaining its position as the largest representative of workers’ unions and professional associations. The firm must therefore increase its ranks and recruit a young team who will be trained over a significant amount of time.

What advice would you give a young manager at the start of his or her career?

I always recommend to keep in mind that nurturing and promoting subordinates, as well as delegating authority, will eventually lead to a significant profit.

What is it important to remember during difficult times?

Even during difficult times, I insist on adhering to my beliefs and to the principles that are important to me, even it it’s at a steep price. It’s important to preserve congenial and respectful relationships, not only with the client but, more importantly, with the “enemy” – the employer, his managers and lawyers