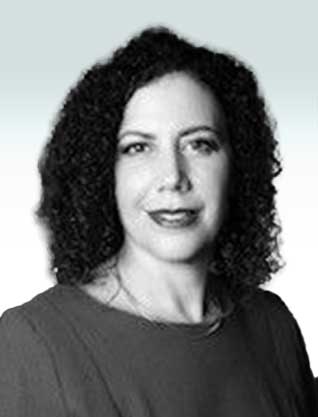 Clarissa Coleman is a partner in the Complex Commercial Litigation and Disputes group at DAC Beachcroft’s London office. Legal 500 2020 stated “Clarissa Coleman is clever, tenacious, energetic and a great team manager”. Clarissa has been personally ranked by Israel Desks as a Notable Individual.

Prior to joining DAC Beachcroft Clarissa was a partner in the Disputes Resolution practice of an international law firm based in London.

In 2012/13 Clarissa was seconded as Deputy General Counsel at ENRC plc, a FTSE 100 mining company, where she managed a multi-jurisdictional investigation into claims of fraud, bribery and corruption.

Clarissa spent 2 years in-house as Head of Litigation at Consensus Business Group (CBG), the property investment firm owned by billionaire businessman Vincent Tchenguiz. At CBG, Clarissa dealt with multi-million pound commercial disputes and a high profile dawn raid and fraud investigation by the Serious Fraud Office following the collapse of Kaupthing Bank in Iceland. Clarissa co-ordinated the response on the morning of the dawn raid and arrest of Tchenguiz, and planned the subsequent judicial review against the SFO which later dropped its investigation and settled with Tchenguiz for an undisclosed amount.

What would you say is the last significant initiative/project /achievement you were in charge of?

Bringing an expedited claim for a complex, high value litigation – the claim which included 8 witnesses of our own, several injunction applications and a two week trial took 6 months from start to end.

What would you say are the strengths of our company in your opinion?

International Disputes, Insurance, Tech (including Medtech, Fintech and InsuranceTech) and Health A fantastic set of offices in LATAM

What will be the company's major challenges in the coming few years?

Dealing with the aftermath of Brexit and Covid both from a business and a staff perspective.

What advice would you give to a manager before their first day?

Everyone is keen to collaborate to get the best results for clients.

What would you say is important to remember when times are tough?

This too, shall pass