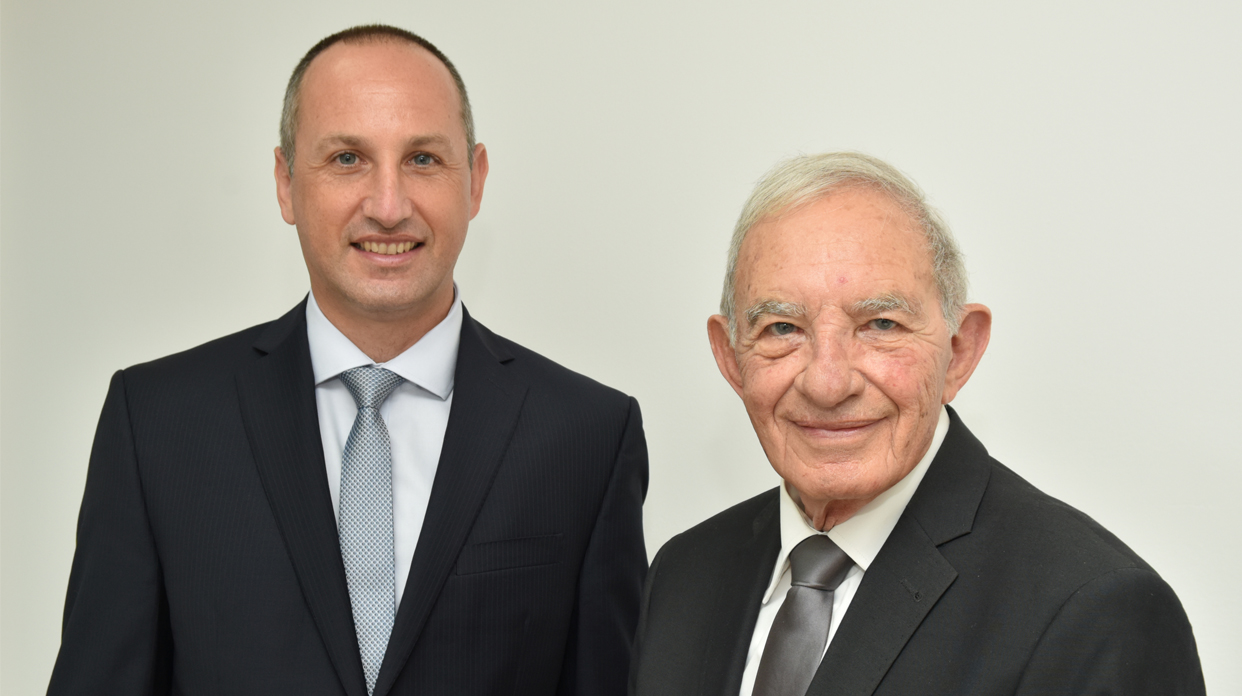 The firm was established in 1996 by Adv. John Harris, a graduate of Cape Town University (South Africa), who was a member of the firm of S. Friedman following his coming to Israel, and who subsequently founded his legal firm.

Since August 2018, Adv. Yoav Harris has been working independently, and the firm operates as a joint firm under the co-management of Advs. John Harris and Yoav Harris. The firm is considered to be a boutique firm which specializes in maritime law and in commercial law litigation. The firm has more than 70 years of cumulative experience.

The firm is ranked as a top-tier firm in leading independent professional rankings and has gained the trust of both longstanding and new clients. The partners participated in the establishment of binding precedents in Israeli maritime law. Articles which they published in the quarterly Cathedra concerning the authority of the Admiralty Court to serve as a naval prize court were quoted both by the Admiralty Court and the Supreme Court. The firm has prepared the Israeli Chapters in the annual guides: Chambers Global Practice Guide (Shipping) of Chambers and Partners and Ship Arrest in Practice of shiparrested.com.

Adv. Yoav Harris is a regular contributor to the professional transportation and logistics journal “HaMit’an” and the international arbitration quarterly, Arbitration Watch.

At the Forefront of Maritime Law

The firm is considered to be a highly distinguished maritime law firm, owing to the longstanding experience of John and Yoav, and their broad knowledge of International and English Law. In addition, the firm is renowned for its litigation skills, owing to the uncompromising quality of its pleadings and cross-examination. According to Chambers (2019), the firm “has litigious capabilities”, “operates professionally, efficiently and rapidly to achieve its client’s goals” and “[its partners] are timely, thorough and extremely pragmatic in their approach to complex legal issues”.

The firm receives instructions and maintains professional relationships with numerous foreign law firms, and it also represents foreign clients. The firm is a member of the international professional group shiparrested.com and Advocates John and Yoav Harris participate in international conventions and also lecture on maritime law matters at international forums.

The firm is instructed by European and American law firms and from General Counselors of foreign companies. Locally, the firm represents Israeli shippers and agents, ship owners and charterers.

In its commercial law and civil practice, the firm represents industrial and commercial companies from the planning, projects, engineering, manufacturing and advertising sectors, as well as sports associations and private clients.

The article that the firm published in “HaMit’an” in November 2013, concerning the arbitration between the Iranian Oil Company and the Israeli Government (“The Conspiracy Pipe”), was republished in “Haaretz”, The Jerusalem Post, Reuters, and other media outlets.

The articles that the firm published in “Cathedra”: “About Rockets, Cement and Naval Prize Laws”, and “More About Naval Prize – A response to Ziv Borer’s reply”, Ruling Highlights Newsflash 24, was quoted by the Admiralty Court (Case 13- 08 26861 and the Supreme Court Civil Appeal 7307/14) in the rulings that concerned the seizure of the ship Estelle.

Another article that was written by the firm on this topic – “The Awakening of the English Naval Prize Act 1864” – was published on November 2015 on Shiparrested.com.

An article that was written by the firm on the topic of “British Settlements in Occupied Territories, indeed?” – was published in October 2017, by The Marker Magazine.

An article that was written by the firm on the topic of “Israel-Turkey, The Legal Victory” – was published in June 2018, by The Marker Magazine.

Adv. Yoav Harris appeared in the article “Not a Pirate, My Dear, Just a Judge” – an in-depth article of “Makor Rishon” (Neta’el Bandel) on the Admiralty Court, August 2018.

An article that was written by the firm, on the personal liability of shipowners in ship arrests – ““Against the Ship” or “Rooted in Personal liability”” was published in issue 23 of Arrest News, December 2018, at Shiparrested.com