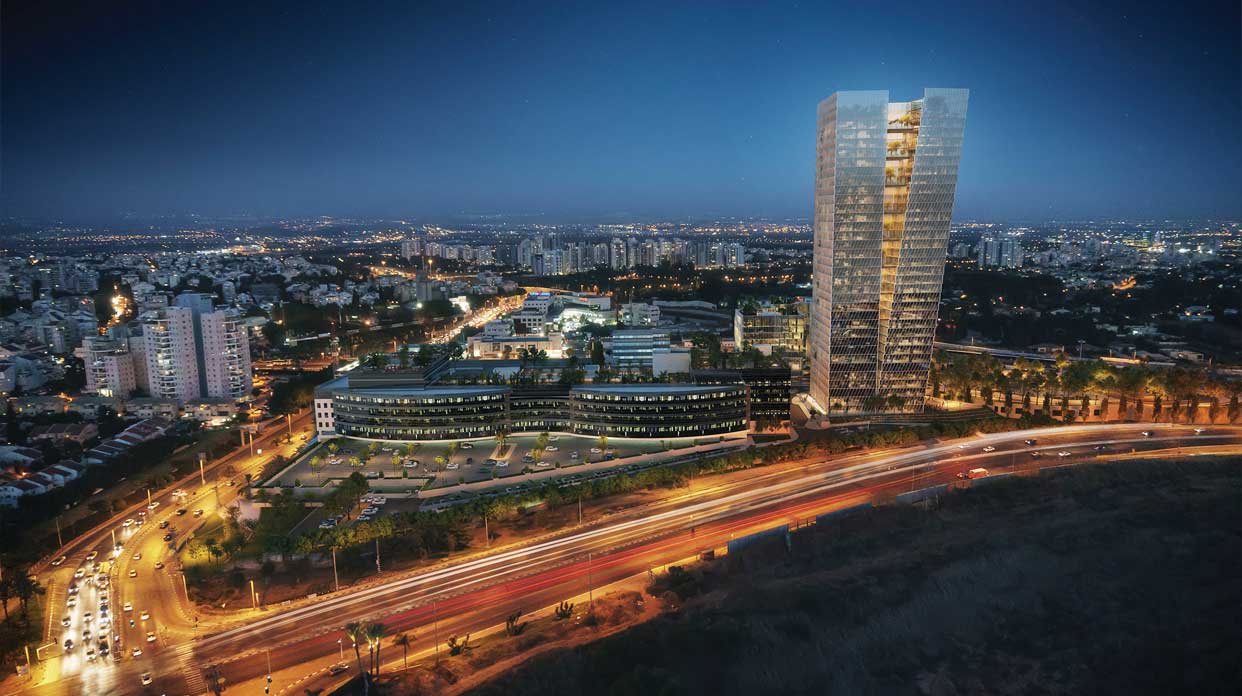 Saan Zahav Ltd. is a well-established real estate development and construction company specializing in the construction of office, commercial and residential buildings. The company established 29 years ago, is at the forefront of the local real estate market thanks to the scope of its assets, their geographic spread, and its diverse residents base and strategic partners. Today, it is ranked as one of the leading private development and construction companies in Israel.
Saan works with the best consultants and architectural firms. To date, it has built more than 2,500 residential units and approximately 200,000 sq.m. of industrial, office and commercial spaces, with a diverse tenant base from various sectors.
The company is currently at the cusp of an expansion surge, and over the next few years plans to develop over 500,000 sq.m of residential, office and commercial space.

Since inception, Saan has been committed to its values of professionalism, diligence and meticulous functional planning and construction. As such, it has always employed the best planners, engineers and experts, and treats its clients in a personal and genial manner. Saan’s core business started in residential construction in the Sharon area, and through the years it built entire neighborhoods in the cities of Netanya, Pardesiya, Even Yehuda and the environs. At a later stage, the company began building commercial centers, primarily in the heart of residential neighborhoods, which it still owns.

Throughout the years, the company built a number of employment and commerce mega-projects, the most prominent of which is a Hi-Tech complex, commonly known as the “Amdocs complex,” situated at the Central Raanana junction. The complex contains over 100,000 sq.m. of rentable space along with service space of the same area, and is leased to leading global companies in a range of technological fields. The complex is co-owned with Reit1 Trust, while Saan Zahav manages the property on behalf of the partnership. Another prominent asset that the company has developed is ‘NBC - Netanya Business Center.’ The complex, co-owned with Clal, includes space for industrial and commercial use and is situated over the entire length of Tzoran Street. It consists of 150,000 sq.m. of space and is leased to a variety of companies, in a range of fields, such as banks and hi-tech firms, as well as serving as Netanya’s City Hall, including all of Netanya’s municipal offices.

Saan owns a 270-rooms hotel and the Israel Lands Authority-Northern Region building in Nazareth Illit, as well as commercial centers and office buildings all over Israel. Further, the company owns assisted living facilities and commercial centers near Dusseldorf, Germany. Together with its vast yielding properties activities, the company is still active in residential construction and recently completed the ‘Yehuda Towers’ project in the Nissan neighborhood of Eastern Hadera, comprising 100 new apartments. The company is constantly in the process of identifying, locating and purchasing additional land for residential development, specifically in the center of Israel and in the Sharon area.

Saan recently started the construction of “Infinity Park”, a project on an area of 55 dunams offering 150,000 sq.m. of employment in three different buildings, in cooperation with REIT 1, on the junction of Road 531 and Road 4, housing the internal railway station Raanana South (15 min from Tel Aviv). The park offers an advanced urban environment and would include a business hotel, gym, convention center near an urban park with seating areas, commerce pavilions and green areas that were designed by the international landscape architect John Highland. The project was designed by MYS Architects and would be built in accordance with the Leed Silver standard. In addition, the company recently acquired two adjacent lots where two additional towers (about 150,000 sq.m.) are planned.

Saan, in cooperation with Global Towers, is currently in advanced stages of planning a large, unique project that will be built on land formerly occupied by Teva Company (located across from the Rabin Medical Center in Petah Tikva). The plan is to develop an up-scale industrial park totaling 150,000 sq.m. of space, which will contain a combination of residential, office, industrial and commercial spaces in a synergetic manner according to modern design concepts.

A Family-Style Company with a Personal and Friendly Approach

Saan Zahav is a family-style company which treats its clients in a personal and friendly manner. As a result, numerous tenants and clients remain loyal to the company over the many years it has been in business. The corporate headquarters is staffed by approximately 20 people, many of whom have been with the company since the day it was founded. In addition to its development activities, the company also has an operational division – a contracting company that employs hundreds of outside workers through steady subcontractors, according to the needs of each and every project. This gives Saan Zahav a great deal of operational flexibility over short time spans.

Saan operates according to quality standards such as ISO 19000 and ISO 14000. In addition, it is committed to the goal of adopting green building principles according to the American LEED standard. 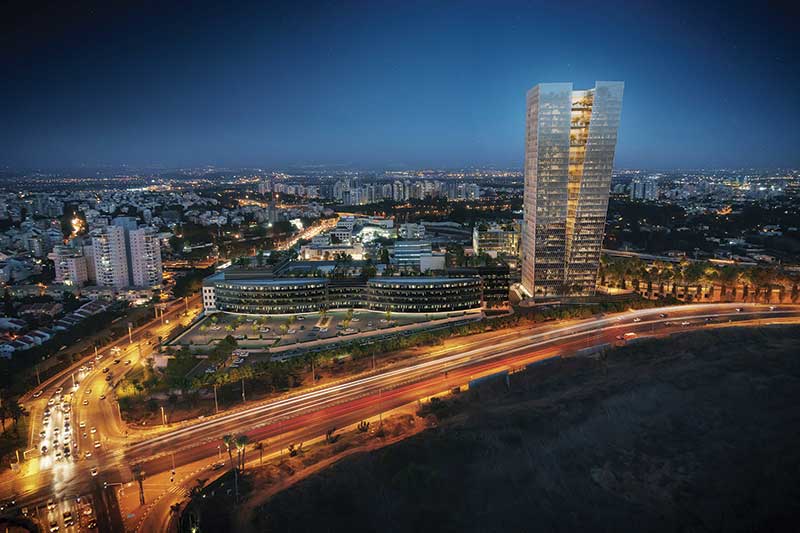 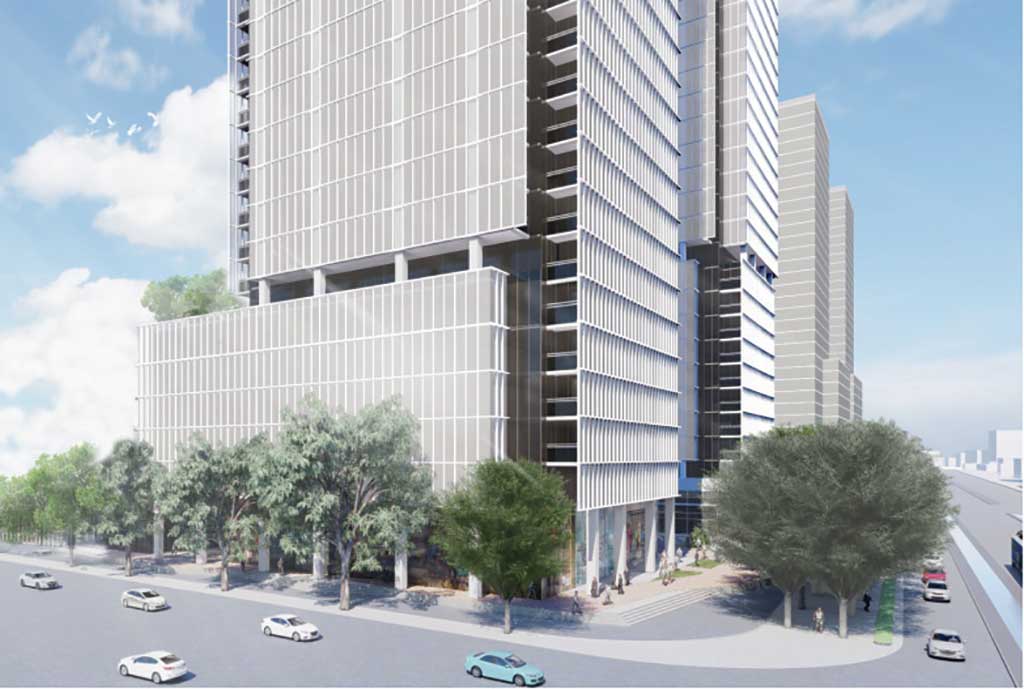 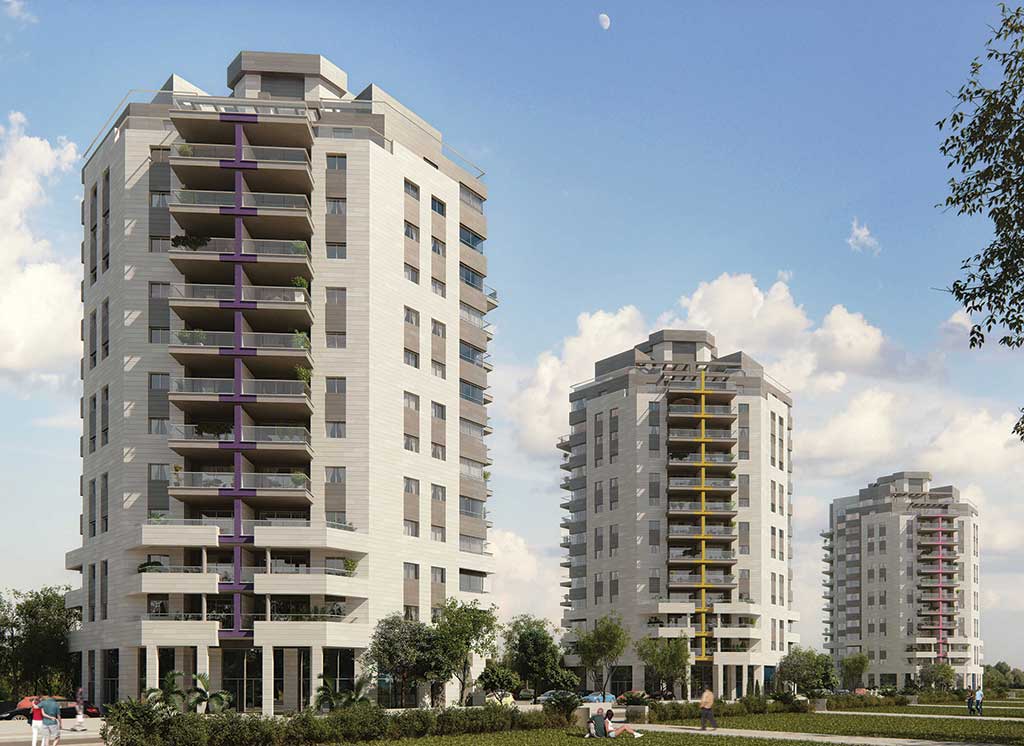