The year 2016 is turning out to be one of the most prosperous years of the Israeli High-tech industry in the last couple of decades. This prosperity, reflected by the enormous sums invested in local technology firms, brought about a change in local VC transactions, which is reshaping the traditional mindset. It has also enhanced the effects U.S. VC trends have on the Israeli market. 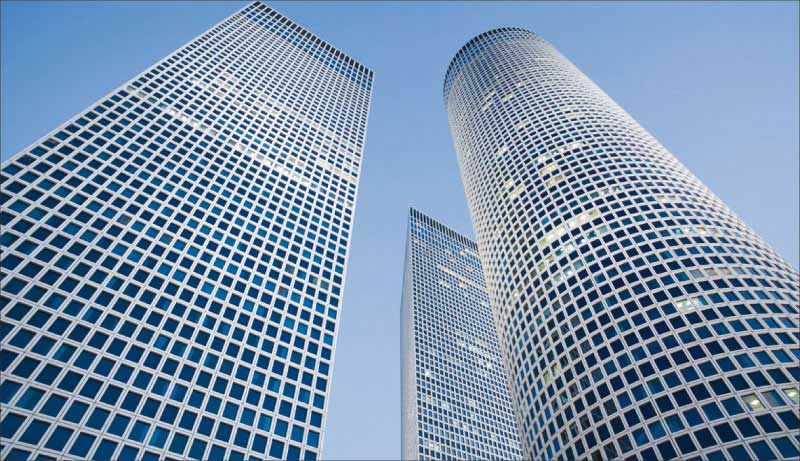 In accordance with a recent study published by the IVC Research Institute and KPMG, approximately $4 billion was invested in Israeli High-tech and Bio-tech companies during the first three quarters of 2016 alone. This trend seems to have continued into the fourth quarter, leading the index to new records since its establishment. The sums invested represent an increase of approximately 400% from the total investments in 2012, approximately 250% from the 2013 figures, and approximately 150% from the sums invested in 2014 and 2015 calendar years. These are certainly paramount figures, which indicate the strength of the Israeli High-tech sector. On the basis of past data, it is reasonable to believe that some of these investments will bear fruit over the next few years and lead to an increase in M&A transactions involving local companies.

The study demonstrates another trend, which may indicate a change in the industry and its characteristics. Despite the meteoric increase in volume of investments, the number of reported transactions remained stable and even identical in comparison to the data from 2012-2013 – considered to be relatively poor years from the VC perspective. This signifies that there has been an incremental rise in the size of VC transactions, namely that the sums invested in each transaction and the amount of companies receiving significant investments has increased.

The reduction in volume of transactions and simultaneous increase in investment sums per each transaction naturally creates unique characteristics, which represent this industry trend. The increase in the magnitude of investments leads to a certain increase in the valuation of fundraising companies, which in turn supports the entry of new investors or the completion of significant follow-up transactions. It is a well-known fact that, when compared to the average company in Silicon Valley, the Israeli market suffers from a significant valuation gap. This gap is a familiar source of frustration for Israeli managers and entrepreneurs, a fact which pushes them to the streets of San Francisco and Palo Alto in pursuit of foreign investors.

The increase in the volume of investment proceeds also triggers an increase in the equity dilution of founders, managers and employees, and as a result, their share of the desirable Exit transaction is bound to decrease. One reason for this stems from the equity structure of companies raising VC investment and the industry’s investment model, under which most commonly the investors receive preferred shares. Among the rights attached to these shares is the right to receive their investment funds back prior to company shareholders. In turn, the shareholders receive Exit transaction proceeds in accordance with their relative pro rata share in the company’s share capital. Therefore, as a result of the requirement to repay the investors their investment proceeds, considerable pressure is applied on the founders, managers and other company executives. Evidently such pressure leads many of these executives to seek other solutions that will guarantee they will not be left behind if an Exit transaction occurs. In other words, they attempt to ensure that they will receive an appropriate sum, which would reward them for their hard work throughout the years. It is also in the investors’ best interest, while observing the broader framework in which they and the company operate, that founders, managers and employees of these companies would receive their fair share when the company is involved in an Exit transaction. As long as they have the power to influence the decision-making procedures in the company and to guarantee the adoption of resolutions that are favorable and protective of their interests, management has several tools in its arsenal to ensure that these important elements are remunerated.

Some companies have adopted a “Carve Out” Plan, aimed at guaranteeing that management members would be the first to receive Exit transaction funds or at the very least receive a predetermined share of available proceeds. Other companies have adopted non-equity-based programs, which are integrated as part of the manager and founder employment terms. Notably, these two mechanisms may also be used in combination with each other. Furthermore, there are also other arrangements for handling the remuneration of managers and employees in the event of an Exit transaction, such as paying future pay-per-performance payments from the surviving or acquiring entity. This toolbox reflects a new set of considerations that mature companies face as the industry progresses, the investment size increases and the local market becomes more complex. Such demands are usually favorably regarded by the investors, but in more mature companies, where founders less often fill managerial roles, this is not always the case.

The aforementioned trends are typical for mature companies and are closely related to trends currently impacting Silicon Valley tech companies. These trends are basically aimed to increase the legal protection that founders and managers enjoy, and are driven by the increasing competition between VC funds on the West Coast, seeking the opportunity to invest in the most successful companies and promising entrepreneurs. These trends may also appear, to a certain degree, in the earlier stages of the companies’ lifecycle - our impression is that they increasingly make their way to Israel and become customary in the local ecosystem. Solid examples for this include the use of non-participating preferred shares and the implementation of simpler debt financing transactions, which have fewer conventional loan characteristics. For example, SAFE agreements that offer a sort of convertible security, free of the typical components of a loan agreement, such as interest or debt repayment, giving them a stronger equity character. These are contractual features aimed at creating a friendlier environment for companies and entrepreneurs and which reflect the adoption of more moderate, pro-founder managerial perspective by investors.

Furthermore, we have all witnessed the enormous expansion of the economic environment in which technology companies in Israel operate. In 2016, dozens of accelerators, incubators, shared work spaces and similar ventures emerged in the local ecosystem, aimed at meeting the market’s growing needs, while reflecting investors’ growing understanding that attention to young companies pays off in the future. Local VC funds also realize today that they must be active players in the early-stage market, in order to avoid missing high-quality investment opportunities. Simultaneously, more and more entrepreneurs are realizing the advantages of joining various acceleration programs and the role they have in preparing their ventures for engagement with sophisticated investors and later stage competition.

This intensive early-stage activity leads to new cross-market effects. With the growing number of companies, private investor activity in the local market also increased in 2016. This can include different types of angels – from “family and friend” types to more sophisticated, tier one players – small VC funds and modern fundraising platforms, such as crowd funding and professional investor clubs. Angels increase the supply of available funds for the young entrepreneurs use and improve the potential and performance of local start-ups. This trend is supported by the constantly diminishing scope of investment received by companies in pre-seed rounds, a result of the lacking need to raise large capital in order to demonstrate technological capabilities. It also indicates the willingness of entrepreneurs to prolong their venture’s early stage as much as possible, in order to reach the crucial fundraising stage with business and technological readiness and maturity. Such readiness provides companies with better chances of ensuring high-valuation fundraising.