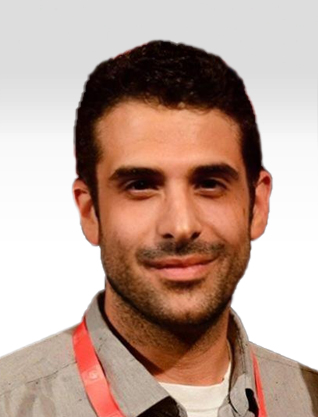 What recent key move did you lead?
Rami Levy's private label presents "Rami Levy's Chefs Team":
A "Private Label" is, supposedly, an "Anti-Brand". It asks you to leave emotional considerations behind and make a cool-headed choice of the cheaper alternative. It is, supposedly, the rational choice on the shelf. Accordingly, one would expect a private label to focus on the pricing aspect.
Counter-intuitively, we chose this umbrella of a private label, which is best recognized for its value offering, as a platform for creating the "Rami Levy's Chefs Team".
In an age of culinary, when ready-to-it is already a hot trend across the world, in an era when everyone are watching cooking shows and chefs become celebrities, Rami Levy hired the famous and beloved chefs: Meir Adoni, Aviv Moshe and Jackie Azulai, to plan and prepare dishes with us under the private label.
Obviously, we didn't just photograph our chefs with the private label products, they were involved in the entire process, including in developing the products from scratch in various and diverse factories, and at the end they also provided their name and face. From their perspective, this move includes a certain level of risk, and therefore it is also more reliable – the higher the risk, the stronger the effect. This move blended perfectly into the private brand's values – Rami Levy and the adjoining chefs proved: Even chefs' dishes can be affordable.
The products were launched through a series of videos that depicted the chefs constructing the dishes from fresh, high-quality products that they bought in Rami Levy – thus supporting the general quality perception of the brand. The team's launch was broad and was executed through all of the major media types, and was also accompanied by a blog with recipes from the chefs, which bolstered the brand's image as a legitimate culinary brand.
In a special zone in the Ynet website, consumers could pick a raw material, and receive from the chefs a recipe that would be based on said raw material, a concept that is based on an understanding of the cooking habits of consumers, who seek recipes that match "what they have at home". At the same time, it was possible to filter the zone's recipes by price, in accordance with the brand's ubiquitous guarantee of low prices.
The various actions combined into a single holistic message: When it comes to your kitchen, two considerations move you, and both are legitimate and important: Price and quality. "Rami Levy's Chefs Series" has gained a tremendous success and won the "Consumers Choice" Award in the Product of the Year competition.

What are the company’s strongest attributes?
Rami Levy is a brand that was born out of the social protest of a private individual, back in the days of the little store in the Mahne Yehudah Market Rami Levy was already a "Robin Hood" who went against the grain and opened a retail store with wholesale prices.
Later on, he brought this revolution to every Israeli through branches that were opened all across Israel and forced competitors everywhere to lower their prices. The shocks in the food retail market (with the closure of two leading competitors) alongside with the social protest that has made consumers even more price sensitive, hard work and a Sisyphic battle – in each and every branch – transformed Rami Levi from a small and local competitor into an industry-leader which enters every field and market where it can deliver the promise of pricing for consumers.

Which of the company’s recent key moves will lead to it becoming stronger over the next few years?

The Chefs Team:
In parallel with the chain's evolution and entry into new cities while increasing local and national competition, Rami Levy's private label recently launched the "Rami Levy Chefs Team" which includes the chefs Meir Adoni, Aviv Moshe and Jackie Azulai, who developed for it a series of premium produces at Rami Levy prices.
Rami Levy's Chefs Series has gained a tremendous success and won the "Consumers Choice" Award in the Product of the Year competition.

The Rami Levy Club:
A second and particularly prominent move is the launch of the attractions and entertainment website of The Rami Levy Club, which provides holders of the Rami Levy credit card with the freedom the enjoy everything that closed member clubs such as "Hever", "Shelha", "The Teacher's Union" etc. have to offer.
From now on, Rami Levy guarantees – you don't have to be a soldier or a cop to benefit from Israel's best benefits club.
The Club's website is another high-quality arena where real value can be offered to consumers, who would understand that being part of the Rami Levy family means more than just cheap prices at the supermarket, it is also benefitting from culture shows, vacations and attractions.

The Fruits and Vegetables Logistics Center:
The chain is managing a modern logistics and technology center, in a strategic location at the center of Israel. The center, which covers an area of some 30,000 sq.m. enables the chain to achieve world-class operational efficiency. The center includes advanced refrigeration systems and operates through a unique computerized collection system that was developed exclusively for its needs. Products are stored in the center in compliance with the strictest standards in the world, and the efficient and advanced distribution method includes a fleet of spacious and refrigerated trucks which guarantee that the products would reach the customers at the highest level of freshness.

What are the main challenges facing the company in the next few years?
The Israeli food retail market is considered to be extremely competitive and difficult, with a variety of competitors competing on a daily basis at the city and branch levels.
This market is difficult from many aspects, including the fact that the chains have limited expansion potential, thus leading small chains to be acquired by the larger chains, which only become stronger.
The Israeli consumer also poses challenges to chains that try to bolster their market position, is considered to be a smart consumer, who is aware of prices, even in comparison with consumers in other countries. The trend of consumer awareness continued to evolve over the years and led to a flourish of economic TV shows, with regular spots such as the "Shopping Basket Test" turned price comparison between the chains into a regular feature in the Israeli discourse.
Rami Levy, which has been championing the price revolution in the food retail, communication and leisure (Rami Levy Club) industries, would continue to do whatever it takes to maintain its position as the person that cares for the consumers' pocket at the highest level of service (as he always says, "Providing Service is a Privilege".

What would you recommend an up-and-coming executive?
Be attentive to the public that you serve, try to put your finger on the Zeitgeist and understand in which trend you can make a real difference.
Try to put as much value as possible into every content you create and remain unpretentious.

What should one remember during hardships?
There is no such thing as "hardships", only challenges one must overcome.