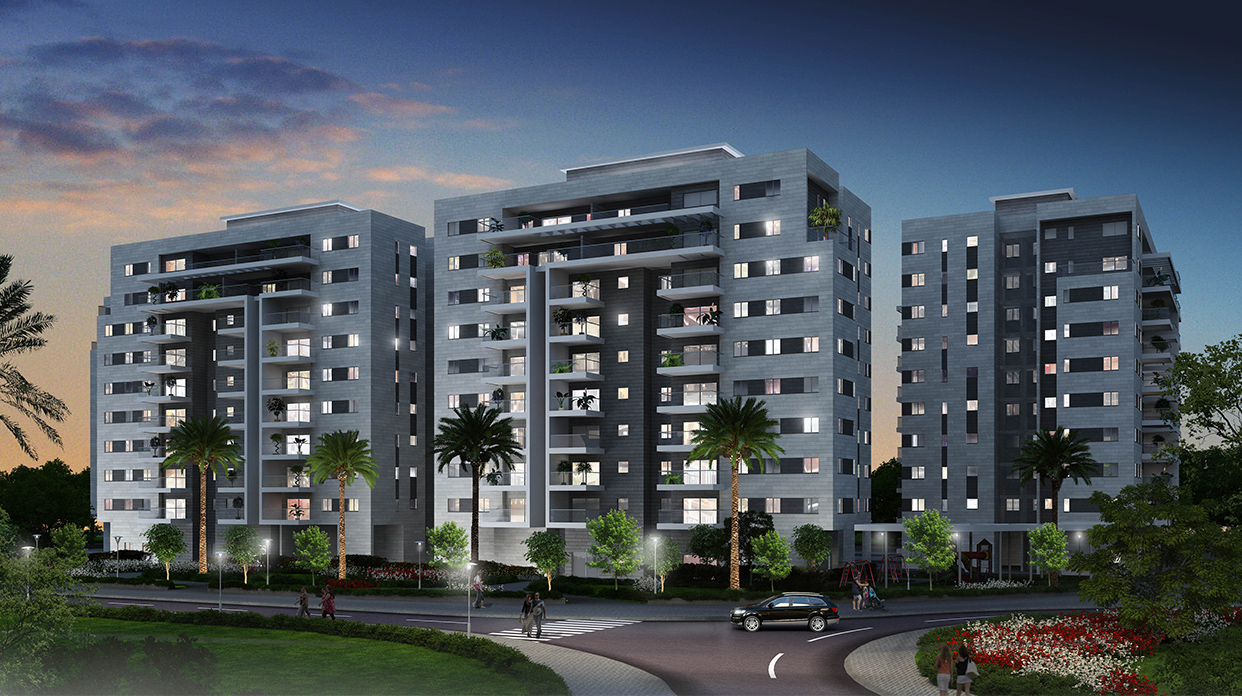 The roots of the real estate group Gabso were planted in the 1950s by the Late Alberto Gabso, who immigrated from Libya to Israel and was immediately recruited to the IDF as a combat soldier in the War of Independence. Upon his honorable discharge, Alberto founded in 1950 a construction company which later became the family-owned company “Alberto Gabso & Sons Ltd.”. During their 70 years of operation, Alberto and his sons built thousands of apartments across Israel, and numerous people who worked under Alberto later became the owners of some of Israel’s largest construction companies. Alberto passed away in 1994, and the company has been managed by his sons, Gabi, Haim, and Ilan. In Alberto’s days, the company’s reputation as a highly-esteemed, reliable and stable company was established in the industry, a reputation that persists to this very day.

The Group’s Owners of Controlling Interests

The group was controlled by the family’s mother, the late Yehudit Gabso (1943-2022). After her passing the company was handed over to Albert and Yehudit’s 5 children. Today, brothers Gabi, Haim, and Ilan act as its managers (30% ownership each), Julie handles the group’s operations, and Ami, who handles “Or HaYarden” construction company (5% ownership each).

Initiation and Construction under One Roof

Gabso Group includes construction execution and initiation as a one-stop-shop for its customers. The combination of initiation and execution provides the group with great stability and enables it to meet any project it takes on. The group mainly specializes in residential construction in high-density construction, high-rise buildings, and textural construction, as well as in the construction of upscale units in high-demand areas. The group covers a broad geographic area, from northern Israel to its south, with an emphasis on central Israel in cities such as Tel Aviv, Holon, Ramat Gan, and Bat Yam’s shoreline.

The Group’s execution arm has the highest contractor classification - Unlimited (C5). Its battery of professional employees includes engineers, economic advisors, project and work managers, many of whom have been working in it for many years. Alongside its expert professionals, the execution arm also has advanced heavy equipment such as cranes, molds, trucks, etc.

Among its other activities, Gabso Group is also active in the various types of urban renewal: Pinui-Binui, Tama 38/2, asset-swap transactions, land betterment, and rezoning. The Group’s current flagship urban renewal project is a mega-Pinui-Binui project in the neighborhood of Yafo C, where 28 buildings would be evacuated in the streets of Baruch Karo, Zalman Meisel, and Isaac Harif. The old complex includes 460 apartments, of which 120 would undergo seismic retrofitting and the rest would be demolished. In place of the old building, the mega-complex would include the construction of about 1,200 new apartments in the modern and designed building of 9-20 stories each, a walking distance from the beach. As part of the planned development, subterranean parking, public buildings, green gardens and more would be built in the area. The project is currently in the planning stage vis-à-vis the municipality of Tel Aviv.

The Gabso Group built a trailblazing complex called “Community on the Park” in the new Carmei Gat neighborhood. The project includes four 9-story buildings with a diverse apartment mix, with a total of 200 apartments, 100 for sale and 100 for rent. The complex’ maintenance and day-to-day management would be executed by the Gabso Group. The complex’ unique characteristics enable it to provide its residents with valuable and convenient services, including the community life management, classes, toddlers and youth clubs, ongoing maintenance, daycare, etc., all in a single area with a sense of home and community.

All of the project’s apartments are already populated and have a high reputation in the city.

In recent years, the group also entered the hotels’ segment and currently it is planning and executing three hotels, two in Jerusalem and one in Tel Aviv. The hotel in Tel Aviv is the Albert Hotel which is built on Ahad Ha’Am St. This is a particularly luxurious hotel with 100 rooms, which would be managed by the Isrotel chain. Another hotel is planned on Ben Sira St. in Jerusalem, only 300 meters from Mamila Av. near the old city. This hotel would include about 90 boutique and particularly lavish rooms. The second hotel in Jerusalem is planned on Shlomzion HaMalca St., and it is expected to include around 200 rooms with its crowning glory would be a huge (about 900 sq.m.) luxury apartment at the hotel’s peak, overlooking a beautiful panoramic view of the entire city.

The pillars on which the Group is based are the owners’ commitment to professionalism, business prudence, reliability, and financial strength and excellent service for the customers while sharing the experience of building their apartments with them. However, the most significant pillar is the love of its executives and employees for the construction sector. Thus, despite the large quantity and broad diversity of its projects at any given moment, it is known as a company with warm and familial relationships with its various suppliers and customers. 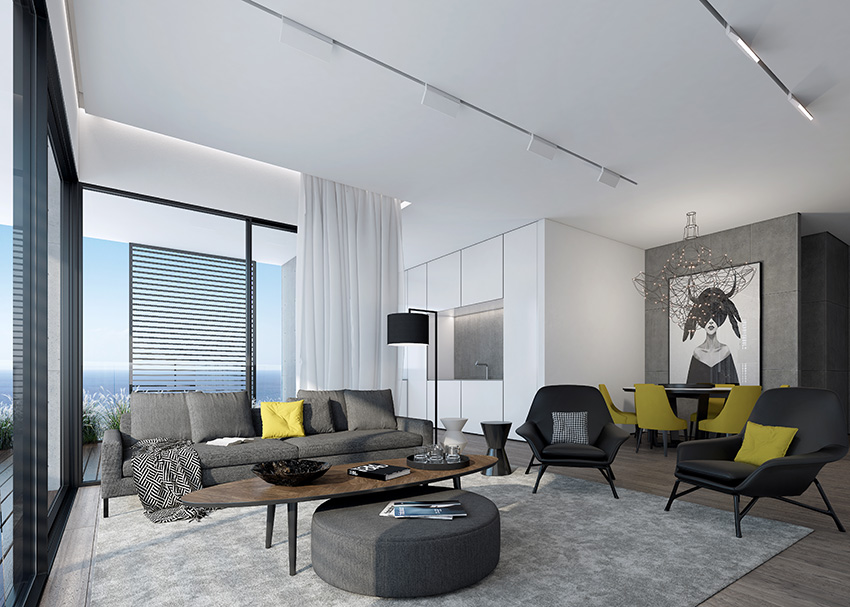 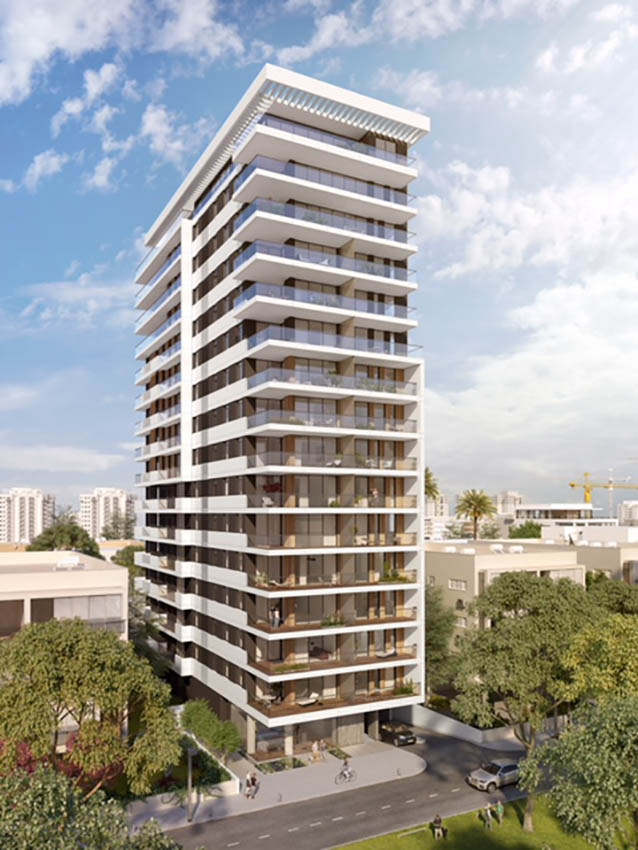 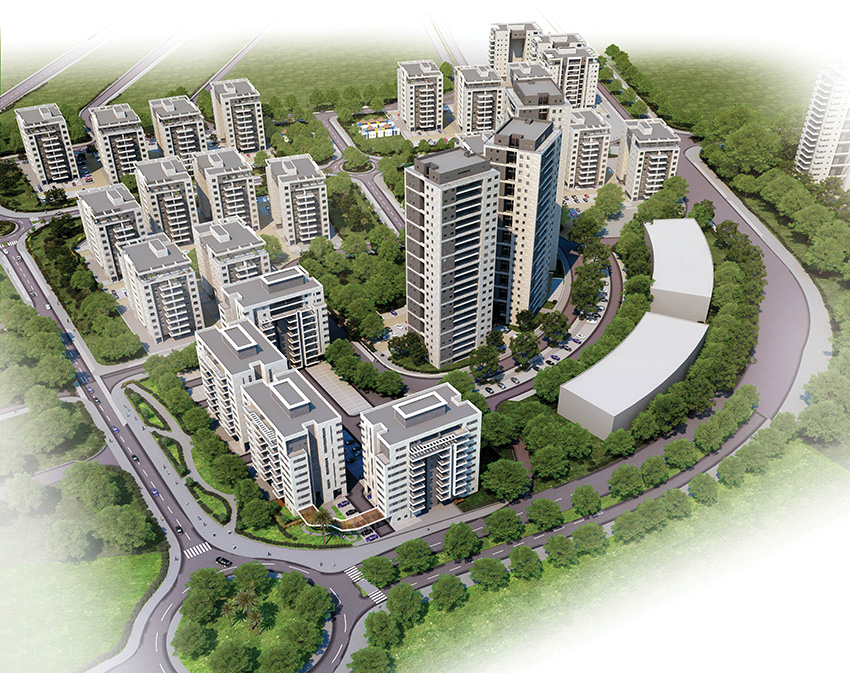 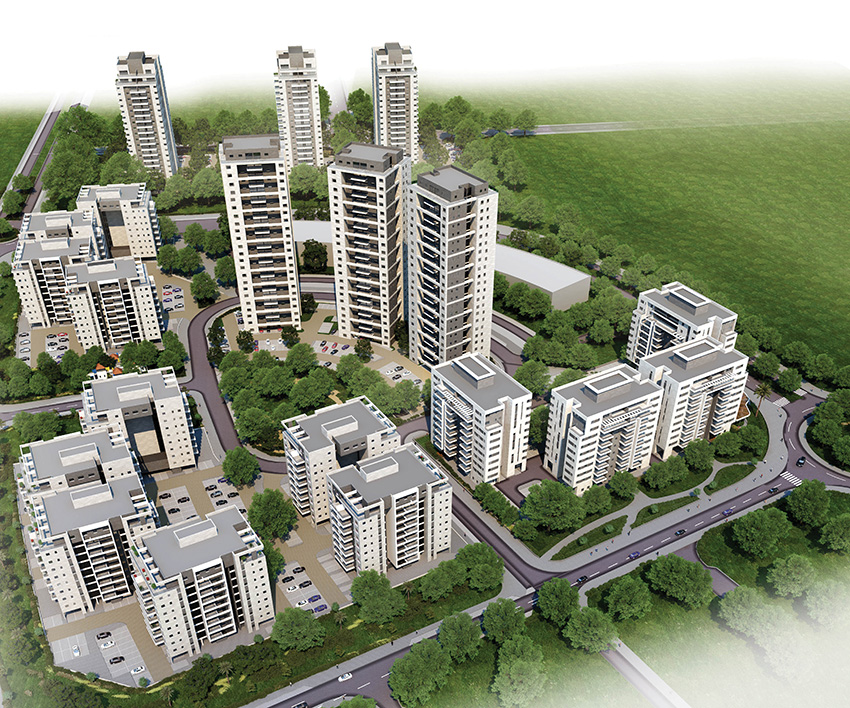 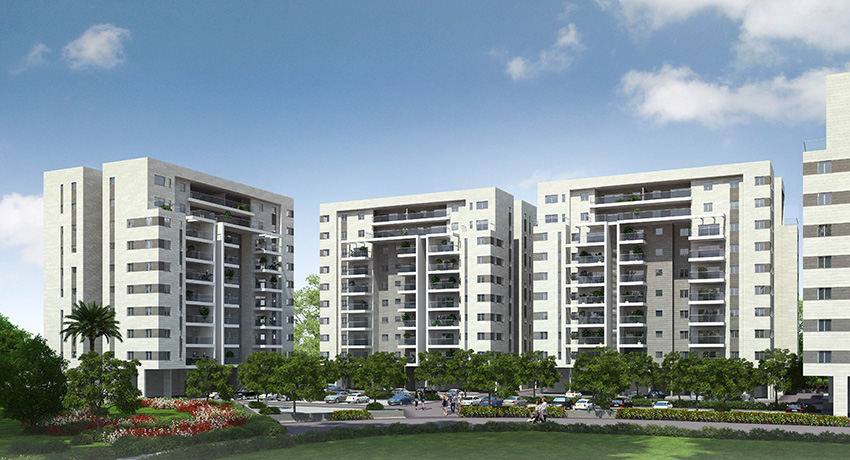 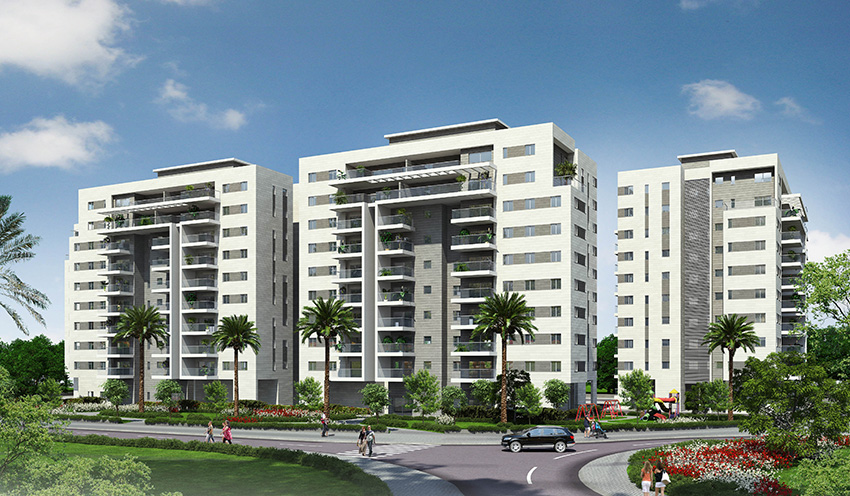 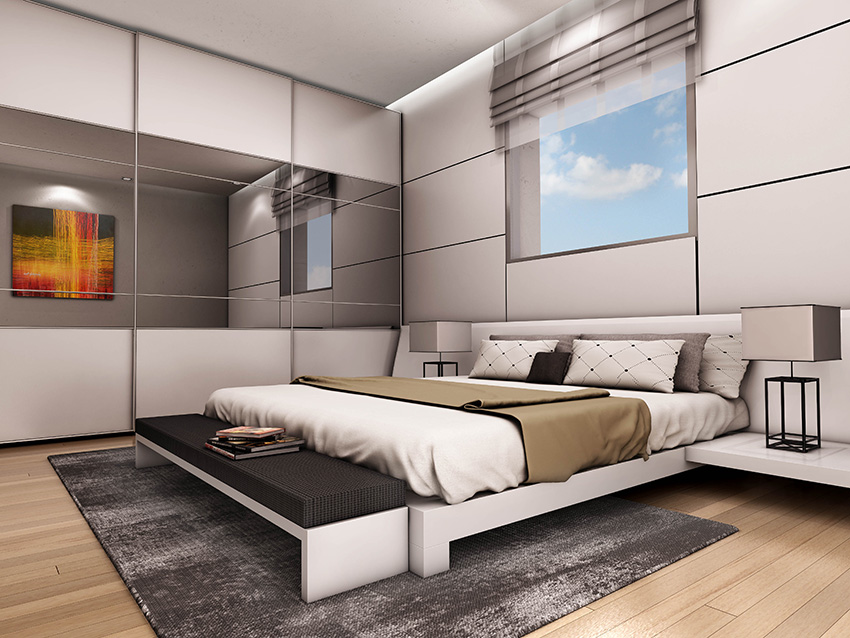 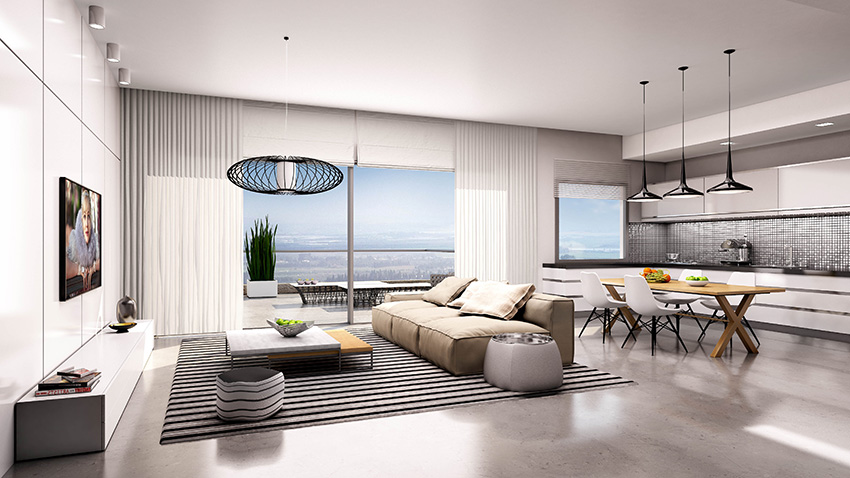 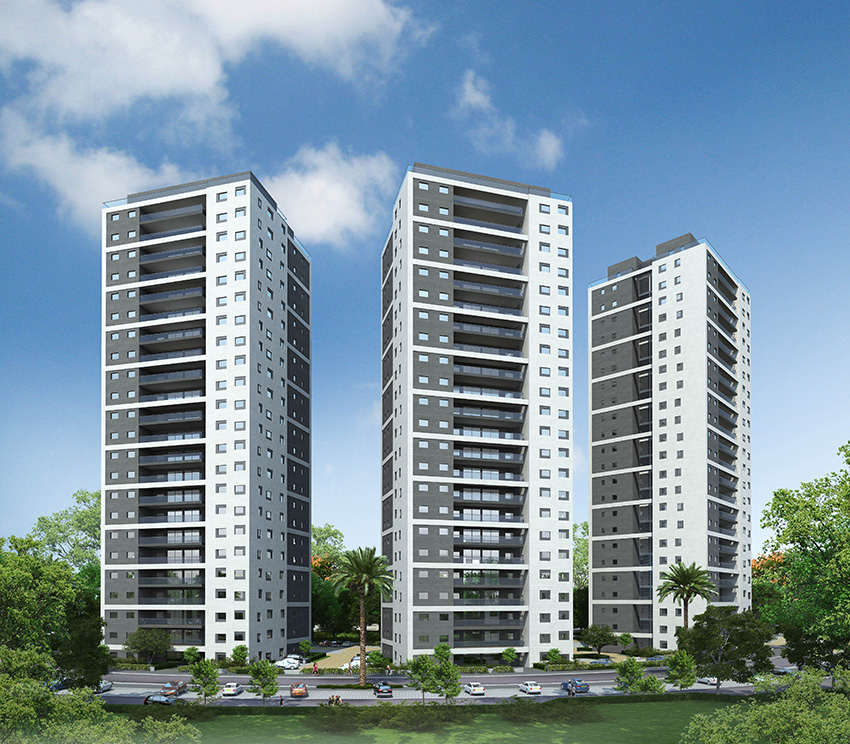 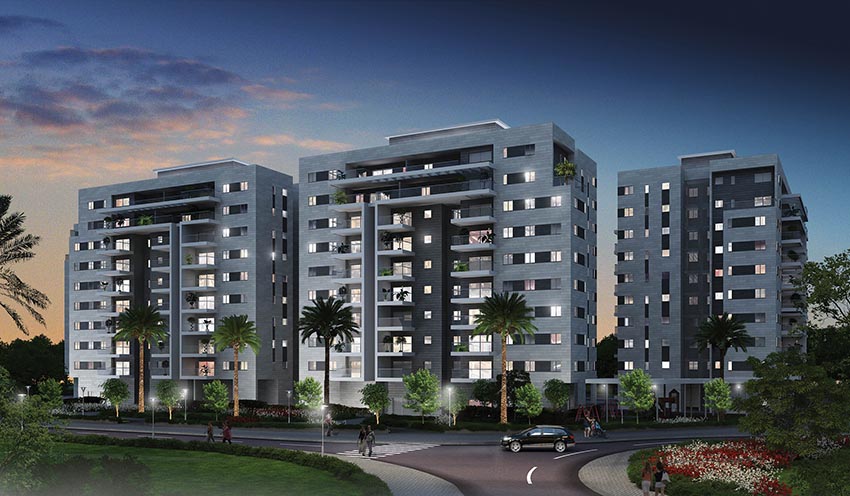