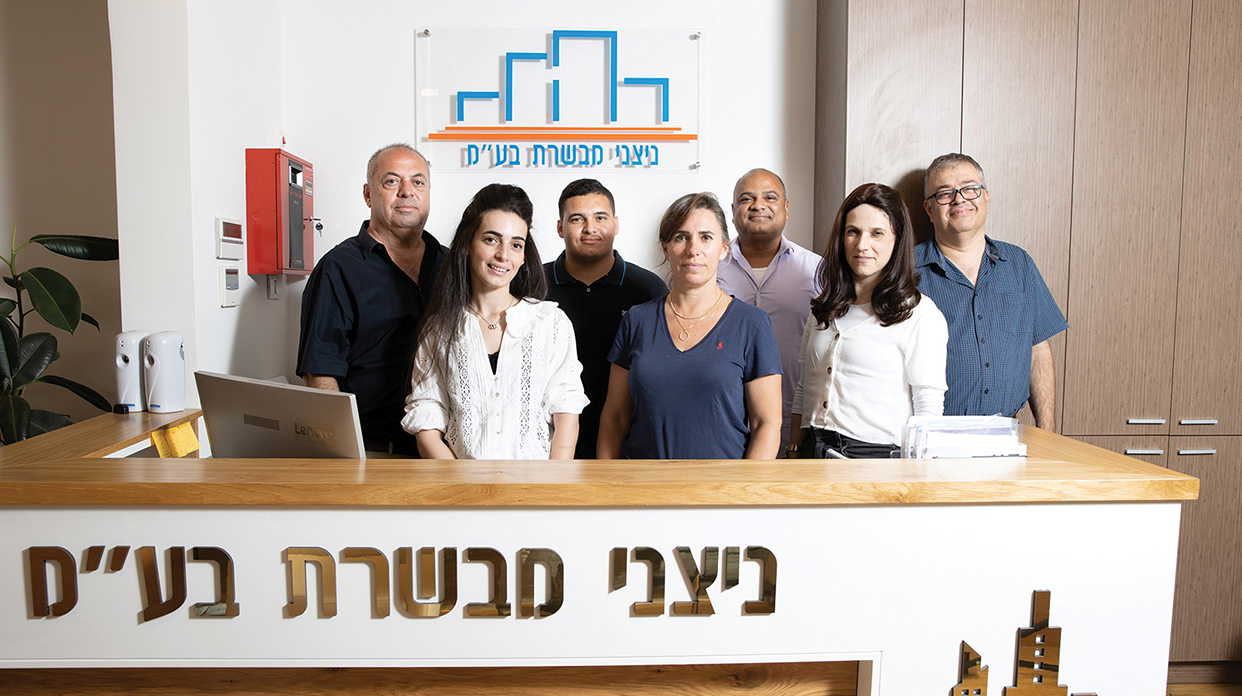 Ahmad Amleh Development Group Ltd. is a leading real estate development group that includes the Nitzanei Mevaseret construction company and the Wishahi & Amleh Initiative & Engineering company. The company was established by Ahmad Amleh, a developer and businessman with nearly 30 years of experience in real estate, and currently leads extensive leading and construction projects amounting to hundreds of residential units. The Group has proven financial strength and operates based on equity and without leverage, as a result of educated financial conduct.

Nitzanei Mevaseret Company is the Group’s construction division and holds a C4 contractor classification. The company currently constructs a number of projects simultaneously - 174 residential units for Ir David Company in the Zur Shamir project in Ramat Beit Shemesh and 70 residential units for Ezorim Company in Shoham. Moreover, Nitzanei Mevaseret is responsible for constructing the development projects of its parent company.

A C5 class development & construction company, Wishahi & Amleh was established by Ismael Wishahi and has been, since 2014, under the joint ownership of Ahmad Amleh, who serves as its CEO, and Ismael, who serves as its chairman. Wishahi & Amleh’s operating model is expressed by developing partnerships with other developers, whereby it sometimes functions as a constructor only. Since the merger six years ago, the company constructed two largescale development projects - construction of 64 residential units in Tzur Hadassah jointly with Taaman Company and 112 residential units in Modi’in’s Nofim neighborhood, also with Taaman Company. These projects have been completed and are occupied. Currently, the company is constructing 82 residential units for Vaknin Amram Company in Modi’in’s Nofim neighborhood. The company’s flagship project is “Presidents’ Avenue” in Motza, in which the company constructed 130 high-end units as part of a unique and advanced complex that will include swimming pools, restaurants, gyms and much more. The project is in its advanced construction stages, nearing occupation. The company also develops Buyer’s Price projects and has won a tender to construct 2 projects with 265 residential units in Modi’in’s Moreshet neighborhood. Construction permits have been granted and construction is already underway.

The Group’s main advantage results from the fact that it is capable of both developing and constructing projects under one roof. This way, it not only functions as a real estate developer but also as a construction company, which allows it to provide clients with the most comprehensive service package - from planning through construction to completion and delivering the key. All of the company’s works are done by the 200 professional company employees, allowing for maximum flexibility in terms of the prices and services that the company can provide its clients.

An Island of Co-Existence

Ahmad Amleh Development is a model for harmonious co-existence among all sectors of the Israeli society as Jews, Arabs, women, men, ultra-orthodox and secular employees work shoulder by shoulder at the company’s headquarters. This unique model is the personal vision of the CEO, Ahmad Amleh, who wants the company to be a bridge between the Arab and Jewish people and a symbol and sign that everyone can live harmoniously, prosper and succeed together.

Ahmad Amleh Development Ltd. places the client at the top of its priorities and sees itself, first and foremost, as a service provider. The company operates based on the honorable values of transparency, credibility, integrity and unwavering work quality. All company personnel from executives to interns are committed to provide the Group’s numerous clients with excellence and a faithful service. The company’s administration greatly emphasizes personal involvement and attention to the smallest of details in each and every project - Ahmad Amleh does not run the company from above but rather is present in the field, providing assistance in each and every stage. Such personal involvement by Ahmad and the management team leads to the highest level of construction and finishing, in terms of quality of both the work and the materials used.

Alongside Ahmad, the headquarters is also the office of the company’s comptroller and tax adviser, Oren Melinker, who has been with the company since its establishment, Rasha Amleh, Ahmad’s daughter who is responsible for contact with vendors and contractors, and the engineer Shay Kadim, who is at the head of the company’s construction division. Furthermore, the company employs a highly skilled team of individuals, who provides services for the development and execution alignment, as well as for the tenants in the company’s headquarters and the various sites.

Ahamad, who is one of the Group’s owners, is a known social activist in Jerusalem who previously volunteered as chairman of the city’s Parents Organization. As an individual who greatly believes in education, Ahamad assists, through the company, impoverished students, by granting tuition assistance and full or partial scholarships. 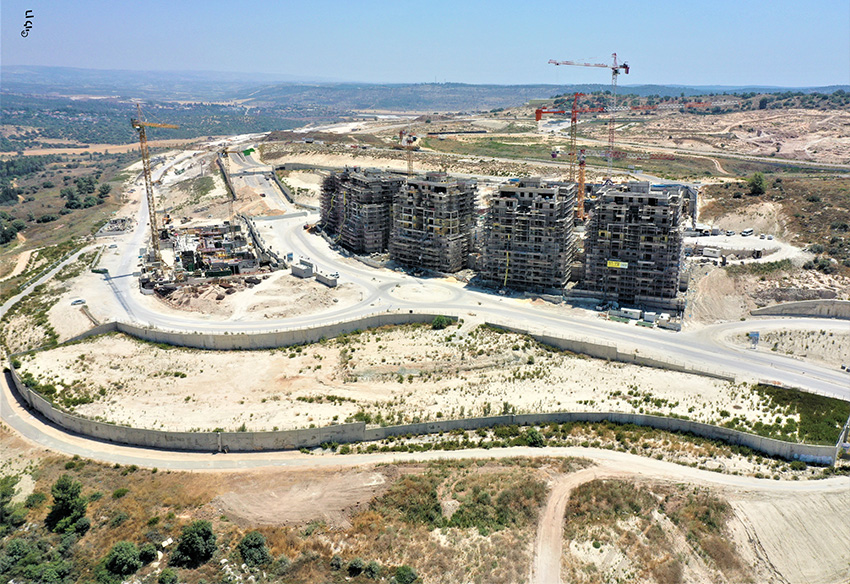 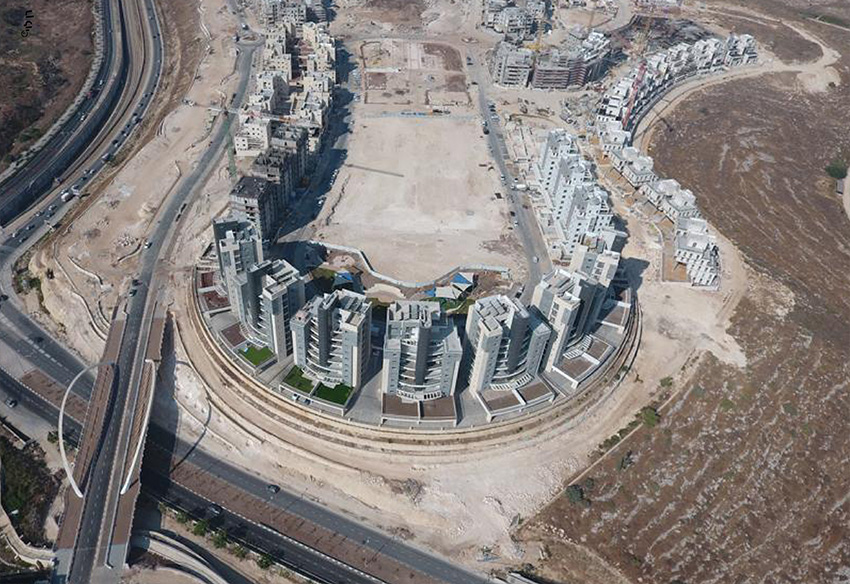 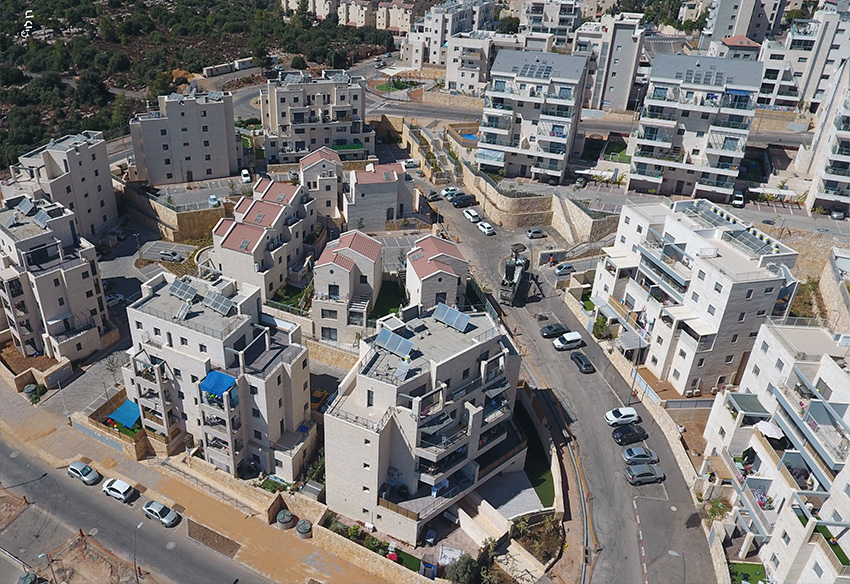 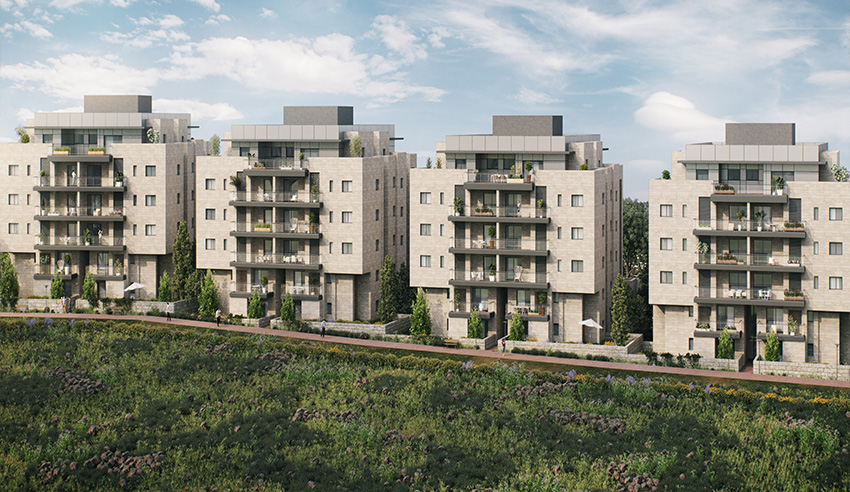 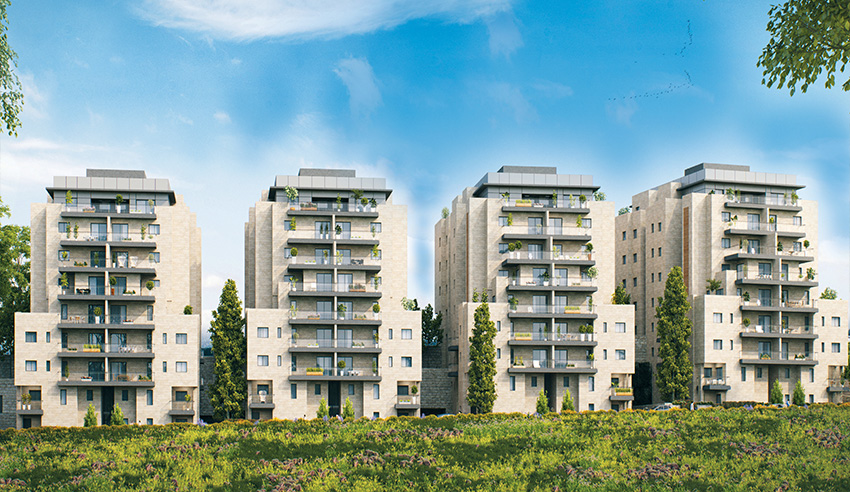 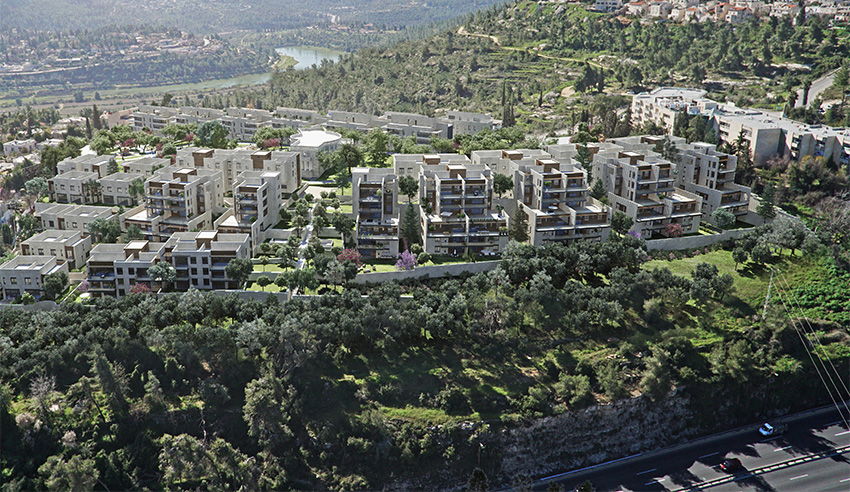