Isras Group is one of Israel’s largest and most senior real estate groups and specializes in the development, construction, and management of rental yielding properties and residential construction. The Group has some 120 employees, decades of experience, hundreds of successful projects, and a diverse portfolio of properties located throughout Israel. Isras is a public company, with its shares traded on the Tel Aviv Stock Exchange as a part of the “TA-125” Index. The Group’s 2018 consolidated balance sheet totaled NIS 6.4 billion; shareholders’ equity totaled NIS 2.9 billion, and net income totaled NIS 409 million.

The Group has expertise and experience in the development, construction, and management of rental yielding properties (through Isras, Ogen, and GATI) and residential construction (through Rassco and Rassco Residential), and it owns extensive lands. As well, the Group has extensive holdings of real estate and building rights throughout the country. These companies own over than 600,000 square meters of rental properties. The properties include technological parks at Jerusalem’s Malha and Har Hot’Zvim (through the GATI subsidiary); office and commercial parks in Ramat Ha’hayil (Tel-Aviv), Holon, Rehovot, Netanya, Petah Tikva, Ramat Gan and more. The companies also own industrial buildings, parking lots, and small workshops throughout Israel, and an assisted-living complex in Kfar Shmaryahu (Via Moadon Neve Aviv - 100% owned). As well, the companies of Isras Group hold about 300,000 square meters of real estate and building, designated for the future construction of rental properties.

Jerusalem Technological Park (JTP)
Tenants include high-tech companies, government ministries, banks, institutes of higher learning, and foreign media networks.
Amount of construction. Constructed Area: About 61,000-sq.m. Occupancy: About 97%. Fair Value: About NIS 777 million. Balance of future rights: About 30,000-sq.m.
The properties include technological parks at Jerusalem’s Malha and Har Hotzvim (through the GATI subsidiary); office and commercial parks in Ramat Ha’hayil, Rehovot, Netanya, Petah Tikva, Holon, Ramat Gan, Rosh HaAyin, Afula, Neve Ilan, and more. The companies also own workshops and industrial buildings, and parking lots throughout Israel, and an assisted-living complex in Kfar Shmaryahu (Via Moadon Neve Aviv - 100% owned).
In December 2015, digging and shoring work began for an expansion of the complex and for the construction of new buildings. The rental. The yielding properties are valued at some NIS 5.4 billion. During 2017, the company has been constructing two additional rental properties with an investment of NIS 230 million. The company has land reserves and building rights for the construction of yielding properties with a total area of about 500,000 sq.m.

“David’s Crown” – The Diamond in the Crown

“David’s Crown” is one of the most prestigious and attractive projects in Jerusalem. The project was built on the 31-dunam YMCA lot. Building rights are for some 35,000 square meters for sale and lease, including 140 deluxe apartments. The project also includes offices, shopping areas, and hotels spaces, most of which were marketed successfully.

“Ramat Ha’Nasi” is a joint project with Gav Yam. The project includes public areas including parks and garden areas, sports facilities, shopping, and commercial facilities, as well as community services such as a school and kindergartens. The neighborhood is gated, with two main entrances (with an inner ring road in the neighborhood). Also, The neighborhood is centrally located - with access to most major highways (Highways 2 and 4, and the Carmel Tunnels), mass transit centers (Hof Ha’Carmel Railway Station and the “Egged” Central Bus Station), employment centers (the Matam Park), culture and shopping areas with maximal access and proximity to most transit routes and public transportation centers. The neighborhood is in the early stages of construction and will include some more than 1,000 residential units in 18 towers. All apartments will overlook the sea and the park and there is a large range of units. Within the neighborhood, a commercial center was built and is operating covering 5,000-sq.m. So far, about 650 housing units have been built and sold.

The average occupancy rate in these assets is about 90%. 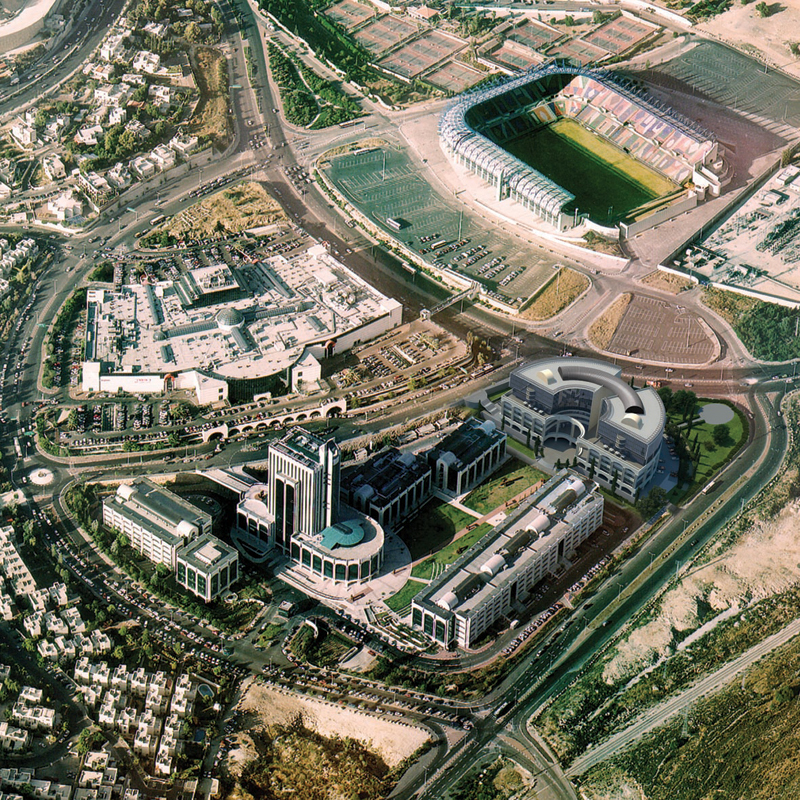