Development and Construction of Housing Projects and Neighborhoods

Mishab is one of the oldest and leading real estate development companies in Israel. The company is currently involved in dozens of new projects across the country, and it offers advanced residential solutions for the general public. Mishab was formally founded in 1960 following a merger between the companies Mishkanot and HaBoneh which were founded by Histadrut Hapoel Hamizrahi (General Federation of Labor of Religious Jews) in 1936-1937. Mishkanot as the developer and HaBoneh as the construction company (and later as Mishab) worked on behalf of Hapoel Hamizrahi to build residential solutions for religious Jews who immigrated to Israel. Over the years, the company has built more than 100,000 apartments, commerce areas and public institutes in more than 49 local authorities across Israel, including entire neighborhoods, Bar Ilan University, hotels, The Great Synagogue in Jerusalem, Beit Levinstein, etc. The company has a C5 (Unlimited) contractor classification, which enables it to develop properties of any financial or physical scope.

Urban Renewal as a Social Perspective

Mishab is one of the urban renewal pioneers and particularly in Pinui-Binui projects. The company entered this segment from a social perspective aiming to improve the life quality of thousands of families in city centers and add a mass of new apartments to the housing market. To date, the company built and delivered more than 500 new apartments in the framework of its urban renewal projects, and it is currently promoting dozens of new projects in Jerusalem, Tel Aviv, Rishon LeZion, Holon, Haifa, Gedera, Givatayim, Ramat Gan, etc.

Viewing the Resident as a Full Partner in Urban Renewal

Mishab has been initiating numerous urban renewal projects, and it is in these complex projects that its capabilities and experience are truly expressed, through the flexibility and location of complex and creative planning solutions. The company sees the residents as a major asset in the urban renewal process and vowed to provide the residents with optimal and unpretentious service from signing the agreement to the delivery of the apartment’s’ keys. The residents benefit from a customer service center which is available for them 24/7, the company’s strong financial back , and engineering and planning capabilities that have been accumulated in 80 years of operations.

Mishkanot Nehalim, Petach Tikva: The company built 5 residential buildings with 303 apartments in Hadar Ganim, Petach Tikva, one of the highest-demand neighborhoods among the religious public in central Israel.
Mishkanot Oranim, Ma’alot: A project in advanced execution stages where the company is building 10 buildings with 132 apartments in the new neighborhood Oranim.
David Marcus, Haifa: A boutique project in marketing, where 44 luxury apartments would be built. The complex is located in the high-demand neighborhood Carmel Zarfati.
Mishkanot HaPark, Netanya: A project where two buildings with 129 apartments would be built in Kiryat HaSharon, Netanya. Mishab has built more than 1,000 apartments in this neighborhood over the years and it has additional land reserves for construction in it.
Mishkanot Elkana, Elkana: the company is building a 106-apartmetns complex in the settlement’s new eastern section. The apartments are highly private, with only two residents per floor, and meticulously planned.

Under Construction
Tzamarot, Kiryat Ono: A Pinui-Binui with 7 buildings and 226 apartments at the heart of older area of the in-demand Kiryat Ono. Stage A is already populated and Stage B is under construction.
Central Heights, Givatayim: An upscale Pinui-Binui project between the Diamond Exchange, the Azrieli Mall and Namir Rd., with 4 residential jointly-built residential tower which include 518 apartments and complete environmental development, green gardens, bike trails and a technical spec of a particularly high level.
HaBanim, Ramat Gan: A Tama 38/2 (demolition and reconstruction) project where 3 residential buildings with 113 apartments would be built in this in-demand street. Two buildings were completed and the third is under construction and in marketing. 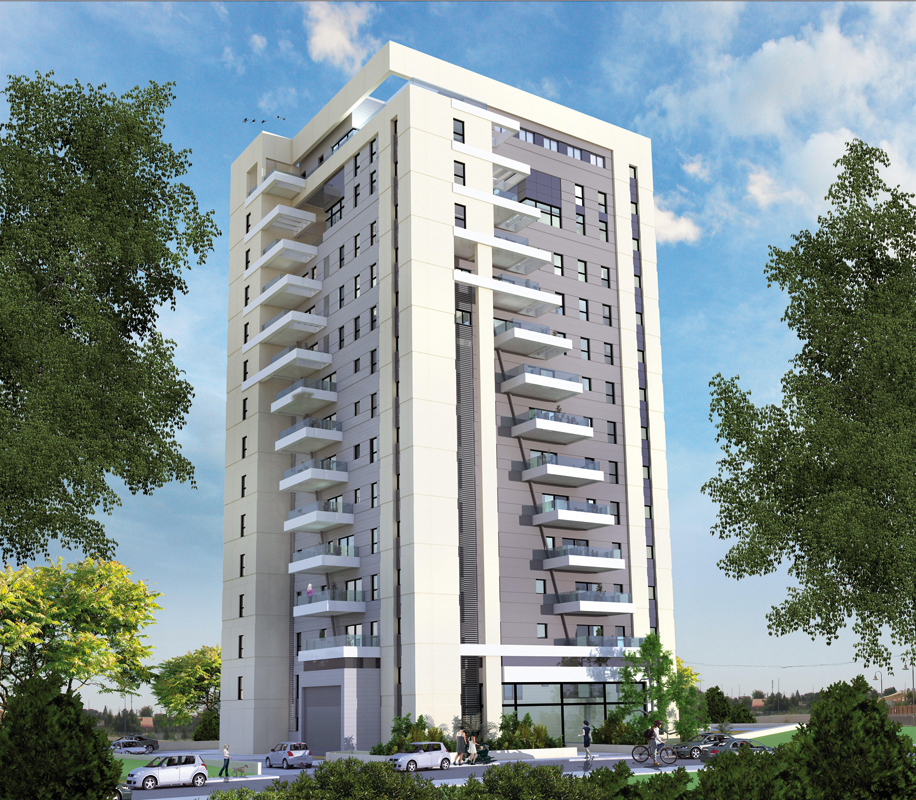 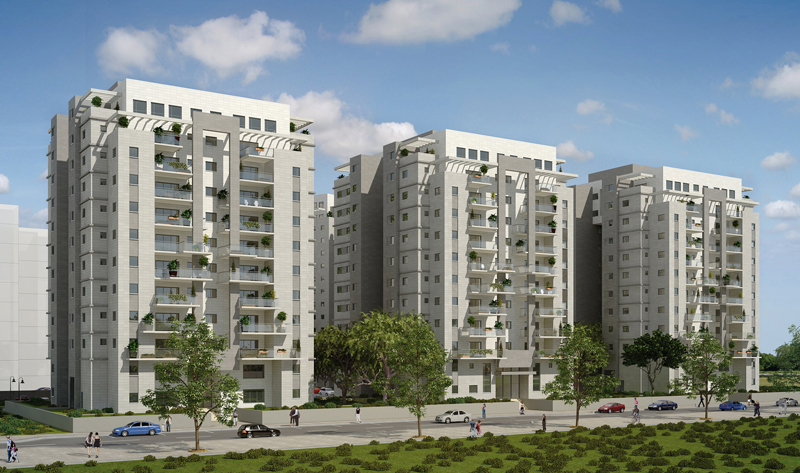 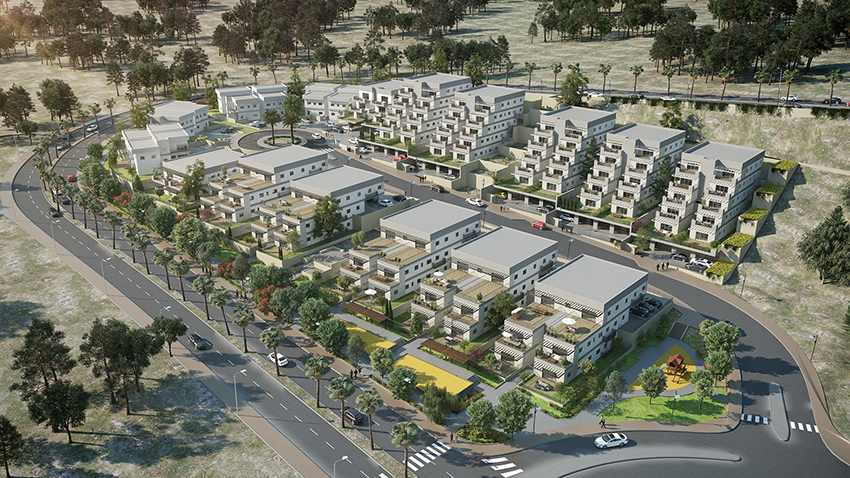 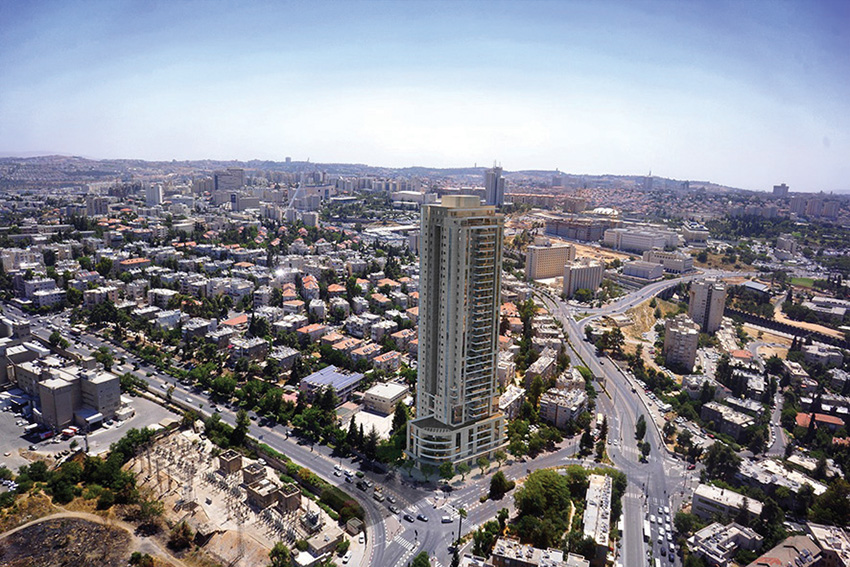 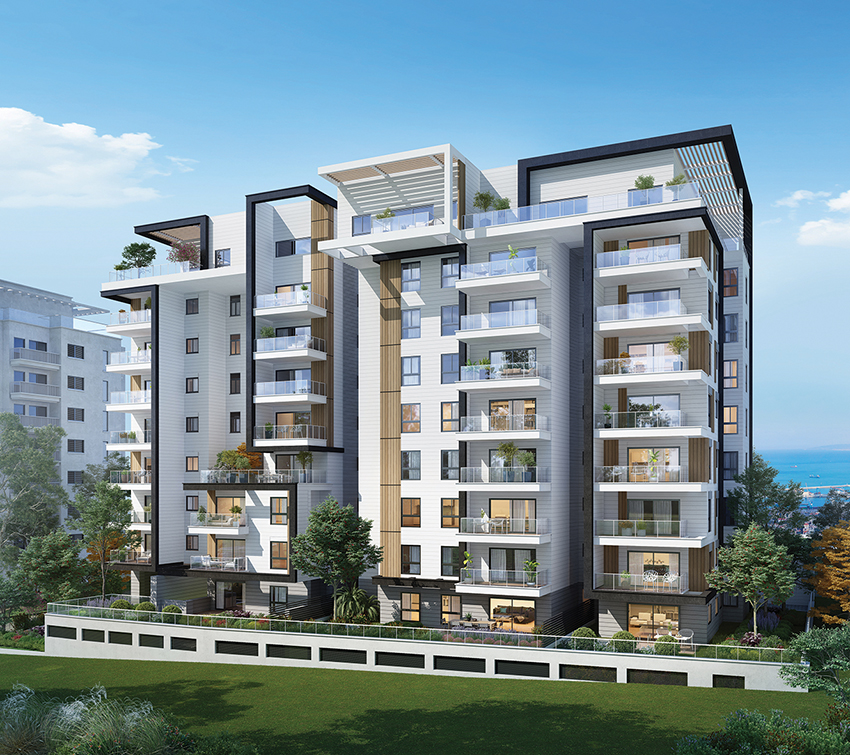 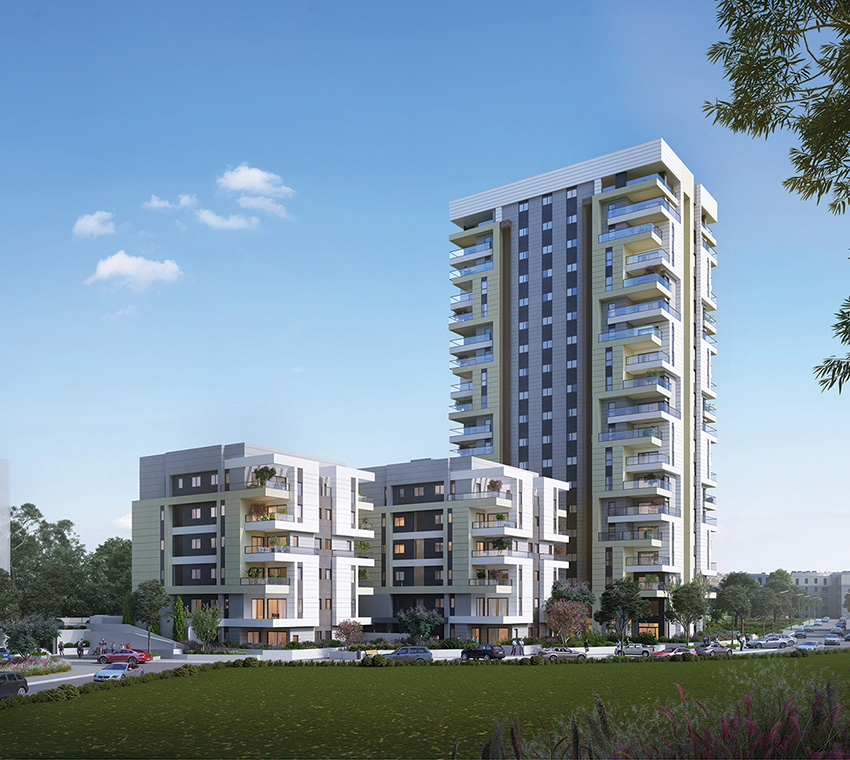