Matzlawi Construction Company Ltd. was established in 1977 by Sami and Clara Matzlawi. The company’s activity concentrates on demand areas in the center of Israel for a medium to high market sectors and since its founding has made a mark on the construction and real estate industry in the country.

The Company specializes in urban renewal and evacuation-construction (“Pinui-Binui”) in particular, and is the first one in Israel to complete significant projects in this field.

Among the Company’s subcontractors are some of the best architects, engineers and the most skilled employees in all construction and real estate industry sectors. The Company own diverse and modern means of production, which are giving her the independence in carrying out projects and keeping the highest standards of quality. Every year new residential, industrial, commercial and public projects are added to the Company’s many success stories. Since 2007, the Company has been a public company traded on the Tel Aviv Stock Exchange.

The Company’s Main Fields of Activity

Entrepreneurship, development of real estate and urban renewal: initiations, development, establishment, marketing and sale of projects, primarily in the field of residential construction in Israel, including urban renewal (“Pinui-Binui” and “TAMA 38” - Urban Construction Program 38), by locating properties, purchasing (in cash or in combination), constructing the buildings and selling the residential units. Matzlawi is the first company in Israel to construct Pinui-Binui projects. The Company constructs and promotes projects in various stages of over 2000 residential units, and the first to have successfully completed several large “Pinui-Binui” projects (in Kiryat Ono, Kfar Saba and Yehud). The company has additional projects under construction such as stage B of Ono Prime in Kiryat Ono, the Calanit Building in Kiryat Ono and the company’s flagship project –”Ayalon Quarter”, which is located at Yoseftal street in Bat Yam.

Income-producing properties: Holding and managing income-producing properties in Israel, which the Company constructed as part of its real-estate development or as part of a purchase, mainly designated for office buildings, high-tech industries, and commercial centers, owned by the company exclusively or jointly. The Company holds and manages about 11,000 sqm of income-producing properties for commercial and office purposes. In 2014 the Company completed the construction of a large and luxurious country club for Kiryat Ono municipality, under a BOT (build-operate-transfer) agreement, and in return for the construction, the Company will run the country club for about 24 years (the Company’s part in the project is 50%). The country-club complex includes, besides a country club, a commercial space, clinic rooms, offices and a farmers’ market- “Ono Market”. The complex is vibrant and busy during all hours of the day and is consider a great success.

• A Contracting Department: The Company manages and executes all projects by self-construction. The production means owned by the Company, and among them are cranes, trucks, cement pumps, engineering mechanical equipment, scaffolding, etc. In the past, the Company executed projects for companies such as Africa Residence and Azorim.

Matzlawi is involved in a variety of activities in the field of real estate in Israel.

The Company’s main projects, under construction and on planning:

• The “Ayalon Quarter” Project, Bat Yam – One of the largest and most significant “Pinui-Binui” projects in Israel, The construction of Stage A (approx. 576 residential units and approx. 12,000 sq.m. of employment and commerce). The project is located right in front of Bat Yam shopping center, next to the train station and Ayalon highway. Stages A and B of this “mega project” will include, according to the plans, 1,078 residential units, as well as 25,000 sq.m. of commercial and office spaces, spread on a very large section of the real estate. The company’s share in this project is 50% - in cooperation with Nitzba.

• The “Ono-Prime” project, Kiryat Ono – A “Pinui-Binui” project in Kiryat Ono (the Calanit complex) for a clearance of 92 residential units and the construction of about 393 residential units, and in addition carrying out TAMA strengthening and adding 27 apartments to the Calanit building. Stages A and B of the project have been fully populated, with the population of stage C expected in 2022. The construction of an addition with 27 units to the Calanit building was fully completed and an occupation permit was received during 2021.

• The Rothchild Project, Hertzel, and Libskind, Bat Yam – The project was approved by the District Committee for a validated urban building scheme, and is in detailed planning stages for permits. The plans include a demolition of 163 old residential units in 12 buildings, some of which are defined as “dangerous buildings”. In their place, 560 new units will be established, as well as a hotel and commercial spaces. During July 2021, ICR joined as a partner (50%) to this project.

• HaRimon, Kiryat Ono: A Pinui-Binui project with the demolition of 32 apartments and the reconstruction of 110 apartments in 2 “boutique” buildings. The project has a validated zoning plan with construction permit expected soon.

• The Kuzari project, Herzliya – Clearance of 66 residential units and construction of 204 residential units instead. The local committee for planning and building in Herzliya recently approved the plan for the complex. The plan includes a demolition of 3 residential buildings containing 66 units, which will be replaced by 6 buildings with 7-9 floors. The project is in collaboration with Africa Urban Renewal from Africa Israel Group (50:50).

• A residential project in Elite Complex - in Ramat Gan - “Elite Towers” – a luxury building of 30 floors. Stage A has been fully populated, and stage B of the project is in planning stages towards the construction of a mix-use tower.

• The “My” project in Yehud Monson – Clearance of the Ashkenazi Market in Yehud and construction of 4 buildings with 168 residential units and a commercial floor, in the center of Yehud. The project has been completed and populated.

• The “Green Ono” project, Kiryat Ono – “Pinui-Binui” of a 27 acre estate in Kiryat Ono. Clearance of 10 old buildings and construction of 11 new buildings. A total of 168 residential units were cleared and in their place, 532 new units were built. The project has been completed and populated.

In addition to the above, the company is initiating Pinui-Binui projects in the cities: Kiryat Ono, Bat Yam, Ramat Gan, Herzliya, Givatayim, Ramat HaSharon and Kfar Saba. 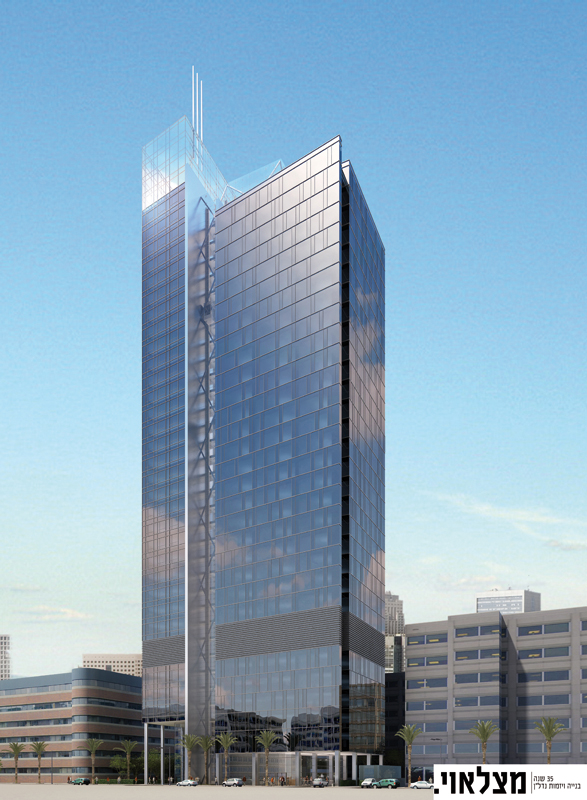 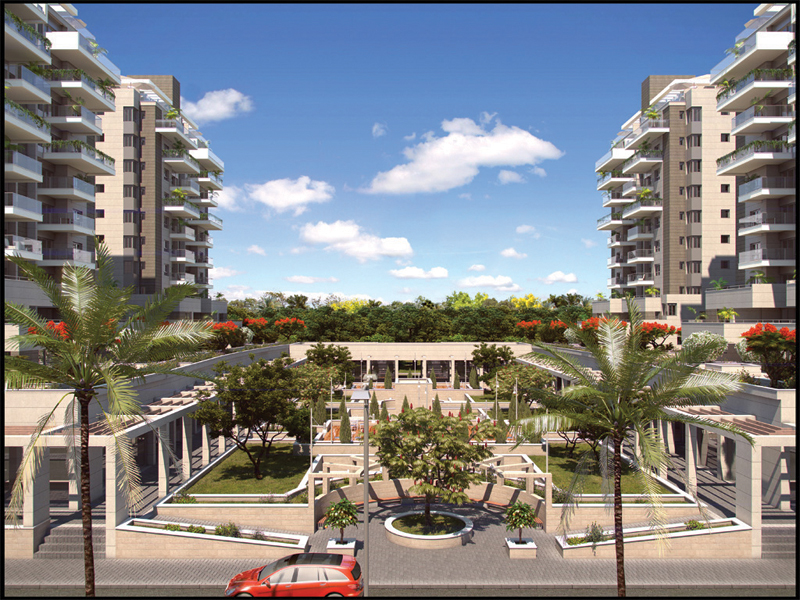 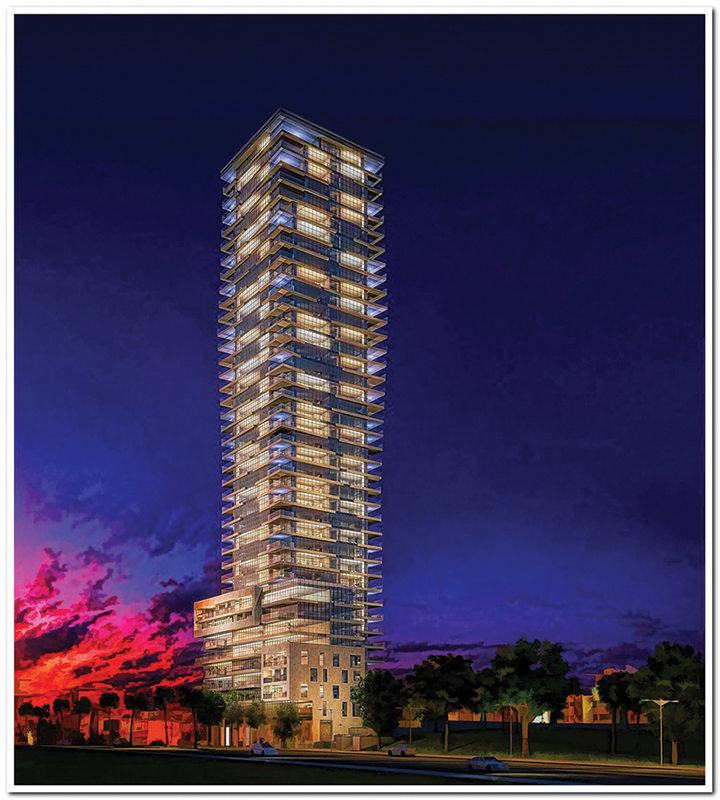 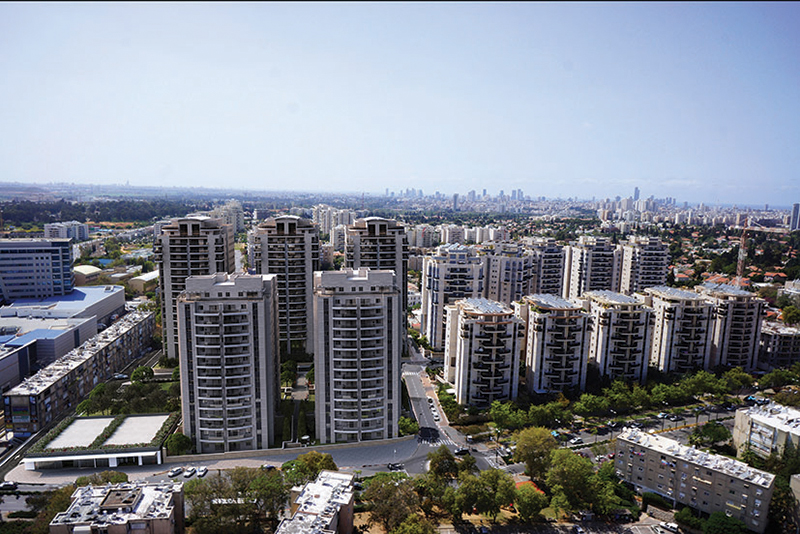 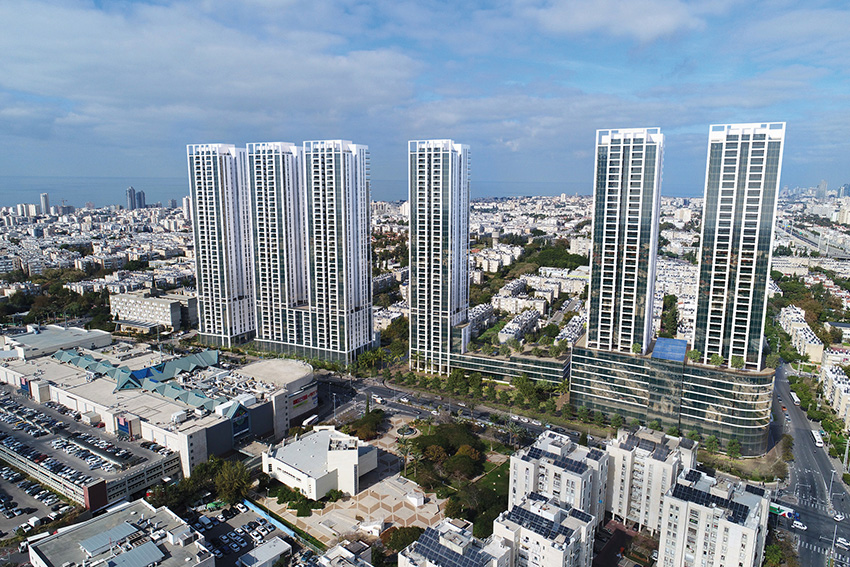 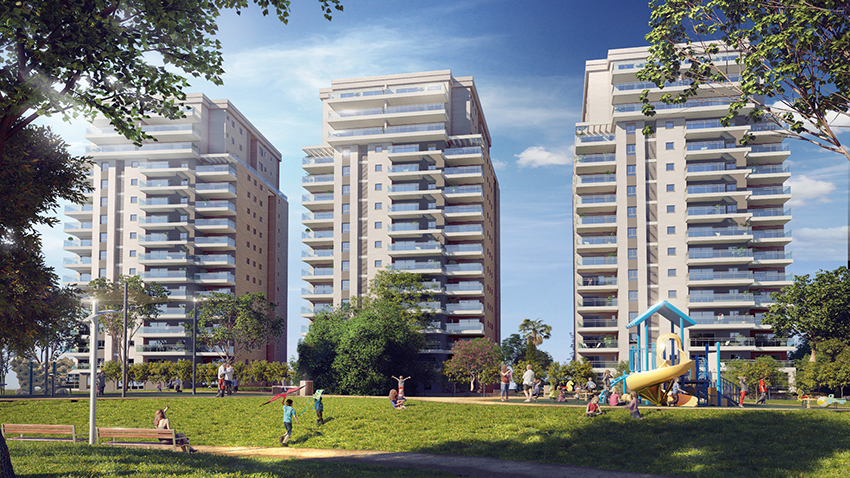 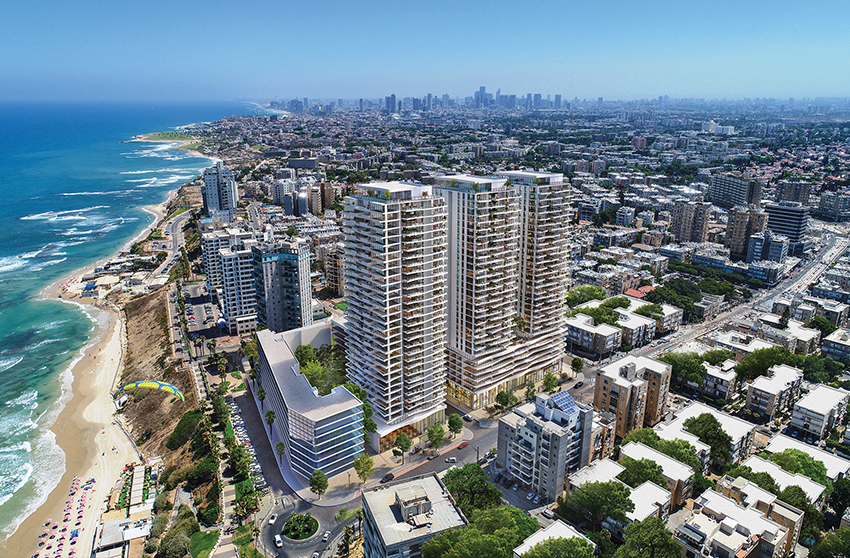 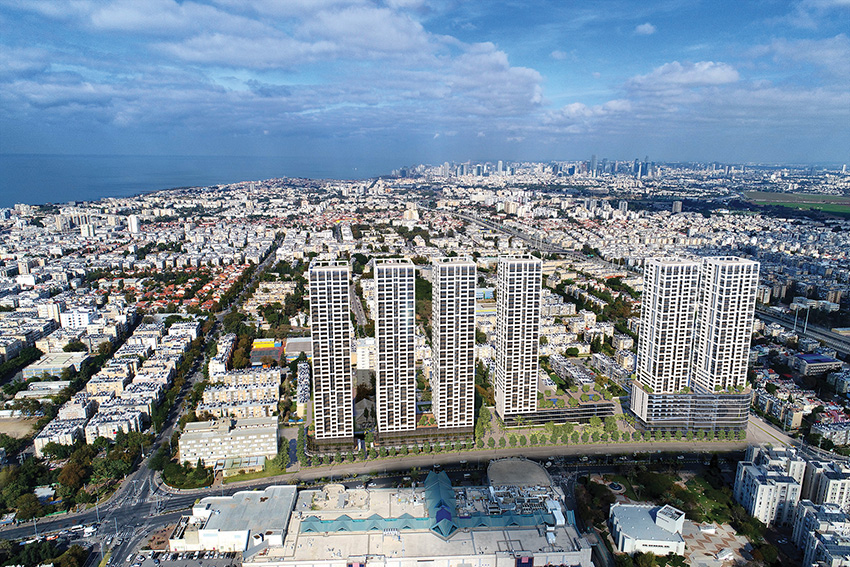